A new study provides insight into how Arctic zooplankton respond to climate change and what it may mean for the ecosystem. 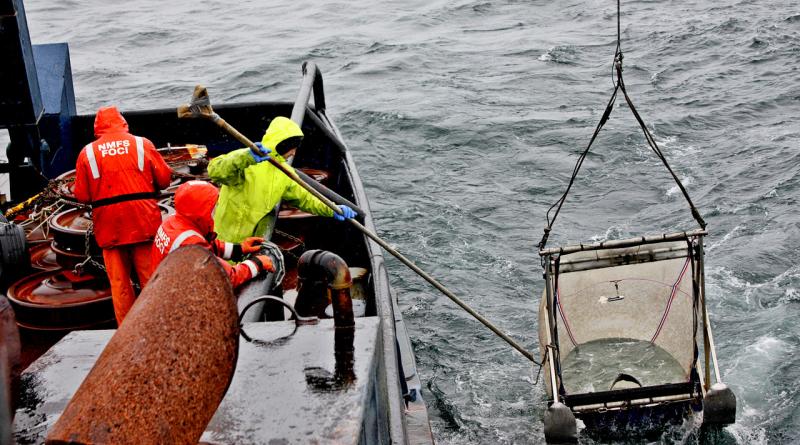 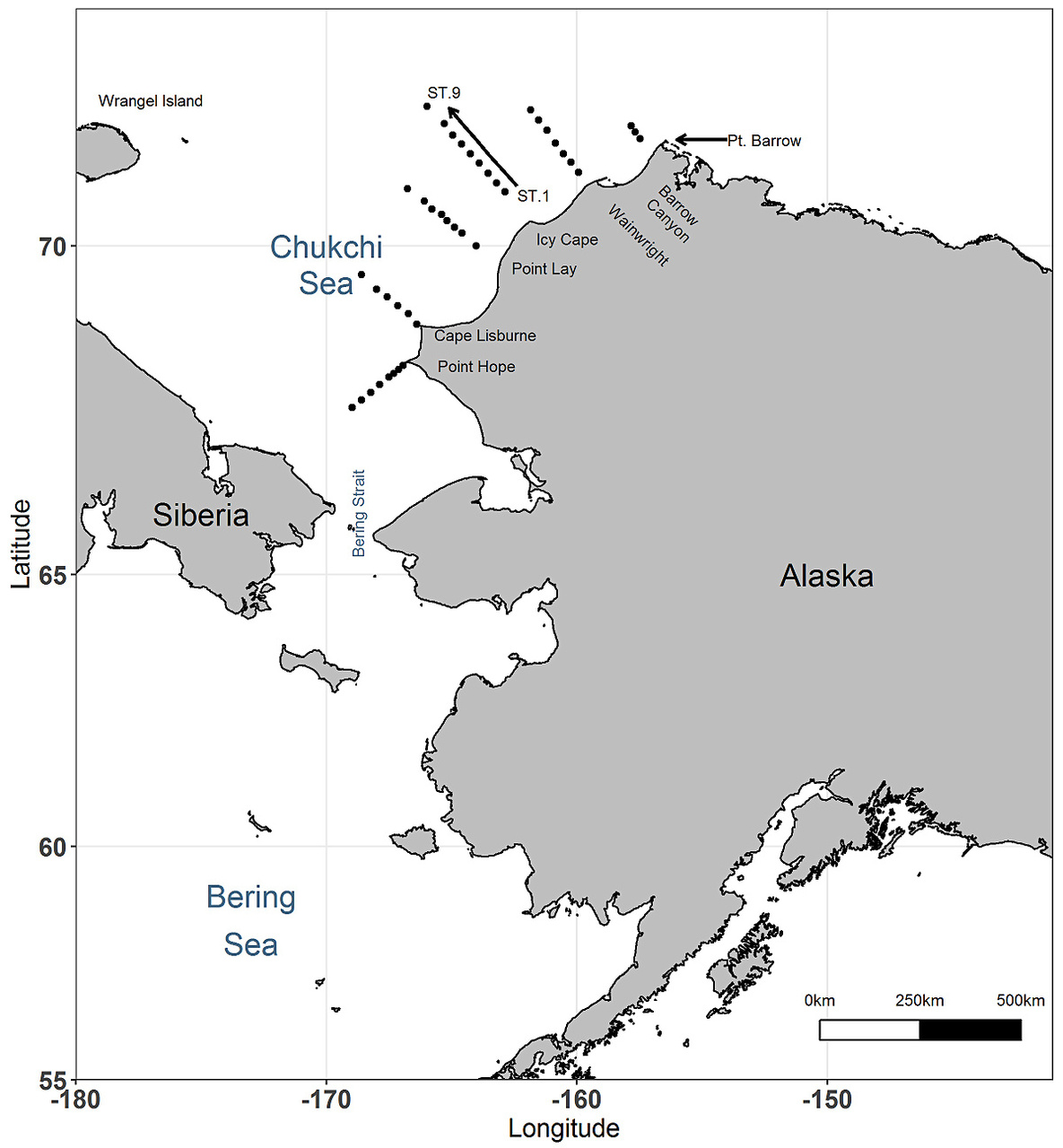 Climate-driven changes in sea ice and currents could lead to smaller, less nutritious zooplankton, a new NOAA Fisheries study suggests. These organisms are prey for whales that migrate to the Chukchi Sea to feed. These shifts in zooplankton communities could cascade through the food web to affect other marine life, from forage fish to fish-eating seabirds to bottom-feeding walrus.

But not all zooplankton are equal in nutrition. In the Chukchi Sea, Calanus glacialis, a large, energy-rich copepod, is an important food for many animals, including bowhead whales. Twice a year the whales migrate through Chukchi Sea on their way to and from their feeding grounds in the Canadian Beaufort Sea. Some whales, however, linger in the Barrow Canyon area of the Beaufort Sea. They feed at a hotspot that develops there during the open water season.  Bowheads in turn are an important subsistence food resource for Alaska Natives who hunt them.

“Whales migrate long distances for a reason. If they go to that spot to feed, what the zooplankton are doing there matters,” said NOAA Fisheries scientist Dave Kimmel, a coauthor on the project. “One of the primary motivations for this research was to find out how changes in the Chukchi Sea might affect whales. The bowheads that migrate through that area are an important food source for the local people. They may not gather there anymore if zooplankton communities change.” 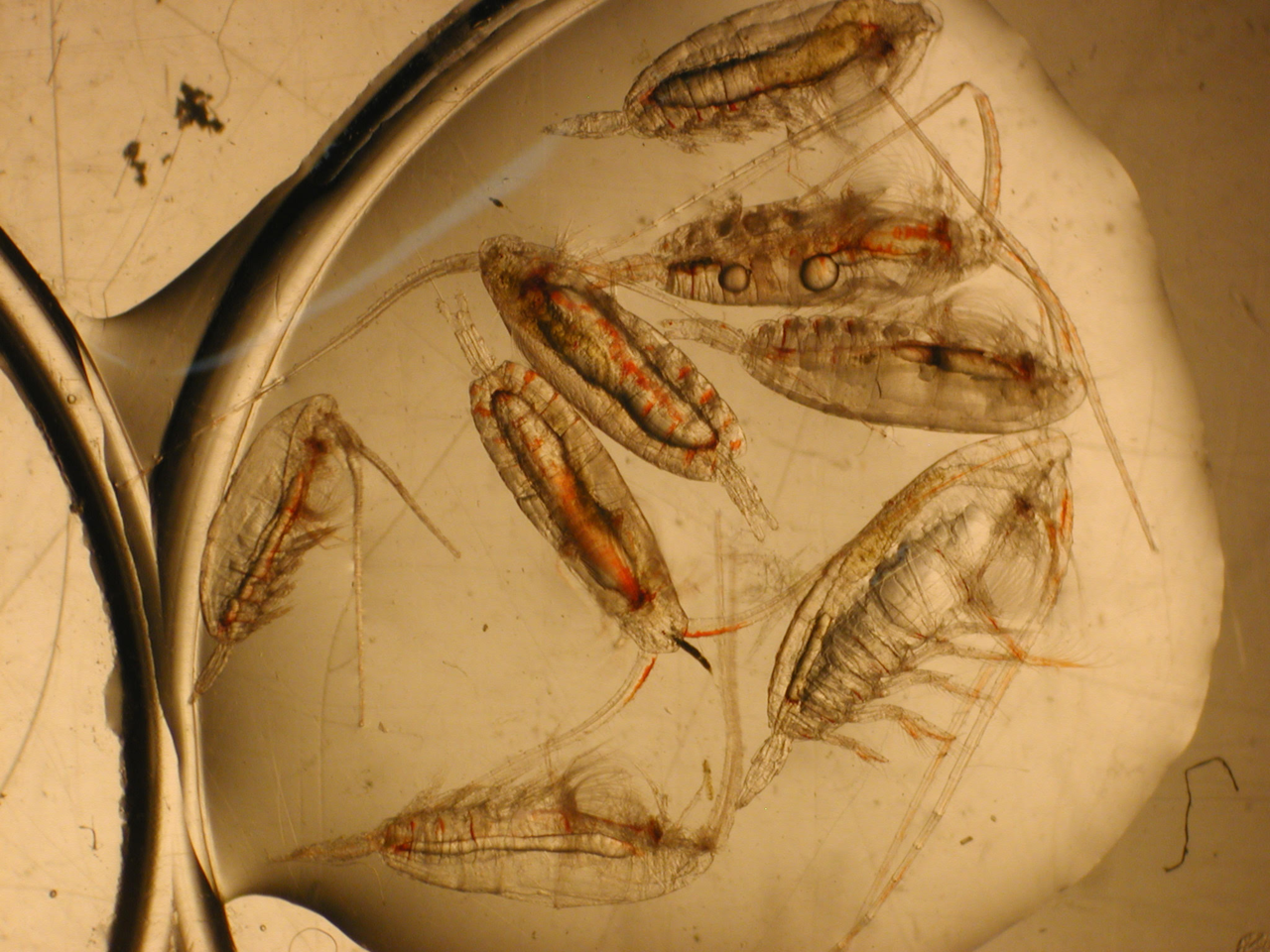 “In a cold year, less water flowed into the Chukchi from the south, and sea ice hung around longer, resulting in more diverse zooplankton, and more C. glacialis,” Spear said. “Local production of C. glacialis may be greater under cold conditions because they time their life cycle to ice algae production. Ice algae is released into the water as the ice melts and retreats north. If ice retreats early in warm years, the timing of ice algae production may be wrong for C. glacialis—making this ‘hotspot’ less productive for animals that depend on this high quality food.”

However, Spear noted a potential tradeoff with warming conditions.

The Arctic, including the Chukchi Sea, is warming faster than the rest of the world. Sea-ice thickness and extent has decreased significantly in the Chukchi Sea, and the seasonal melt season has come 10 days earlier per decade. Water transport from the Bering Sea into the Chukchi Sea, a potential trigger for ice melt, increased by 50 percent from 2001 to 2014. Climate models predict that the entire Arctic will be ice-free in summer beginning between 2040 and 2060.

While the study showed significant differences between warm and cold years, Spear cautions that their data represent snapshots in a continually changing environment and zooplankton community. To get a more complete picture, the team is currently analyzing more cold and warm years. They are looking into the effects of wind, and determining how water movement works to form a zooplankton hotspot. They are examining a series of warm years to better understand how plankton production in a warming Arctic may affect the ecosystem in general, and bowhead whales in particular.

“Loss of sea ice and sea ice algae will change the timing and the amount of production that goes into high-quality food. Everything might happen earlier. There might be a longer plankton season with more abundant plankton and some studies have suggested this may benefit the ecosystem,” said Kimmel. “The region is warming and it remains to be seen how the ecosystem will ultimately respond.”

Last updated by Alaska Fisheries Science Center on May 10, 2019