This hook-based fishery survey is conducted alongside fishing industry collaborators every fall and spring. Focusing on rocky habitat in the southern Gulf of Maine, the survey informs questions of abundance and distribution of species that live there. 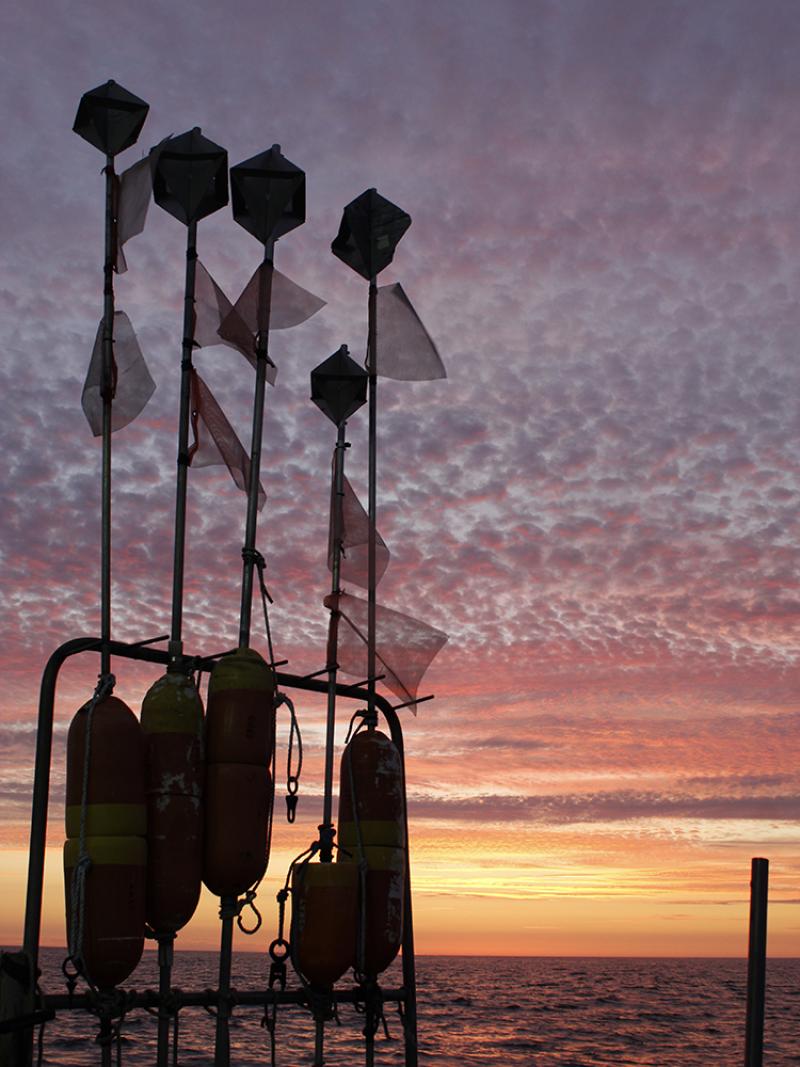 Highflyers, part of the fishing gear, are stored onboard in between fishing efforts. Credit: NOAA Fisheries/Dave McElroy

The survey successfully sampled all 45 stations this fall with tub-trawl bottom longline gear in the southern Gulf of Maine. Most of the stations are selected in areas of rocky bottom, which can be difficult to survey effectively with trawl gear.

Preliminary counts show that the survey team collected over 600 age samples and measured the lengths of approximately 10,000 individual fish across all species encountered. By request, the survey team also took samples for specific sizes of white hake to support a Science Center research project on maturity. This year, 180 skates were sampled, with few whole samples retained for a university research partner. Some thorny skates and dogfish were tagged and released for other research collaborators.

Despite this being the eighth year of the survey, the team had some novel experiences. On the first trip of the season, the F/V Mary Elizabeth encountered blue sharks that chewed through the gear, causing some of it to be lost. This interaction occurred twice, and the stations needed to be made up later in the survey, lengthening the total number of sea days required for this year’s survey. In past years, there have been several other sets where bites on the line occurred, but the rest of the gear was able to be recovered.

Two species were encountered for the first time on this survey. On the second trip of the season, the F/V Mary Elizabeth the survey caught a smooth dogfish. Chief scientist Dave McElroy noted that it was rare to see that species that far north in late October.

Both vessels also counted solitary conger eels among their catch—the F/V Mary Elizabeth team encountered this species near Jeffreys Ledge, while the F/V Tenacious II caught one in the eastern Gulf of Maine. McElroy also noted that this species is not known to be a typical resident in the Gulf.

In addition to the biological data, the team collects video footage of bottom habitat. This year's highlights included good views of a monkfish, cusk (which has only been observed on this project once before), and first time video sightings of winter flounder and thorny skate.