New modelling helps scientists explore what happens when endangered Atlantic salmon have access to more of their habitat. 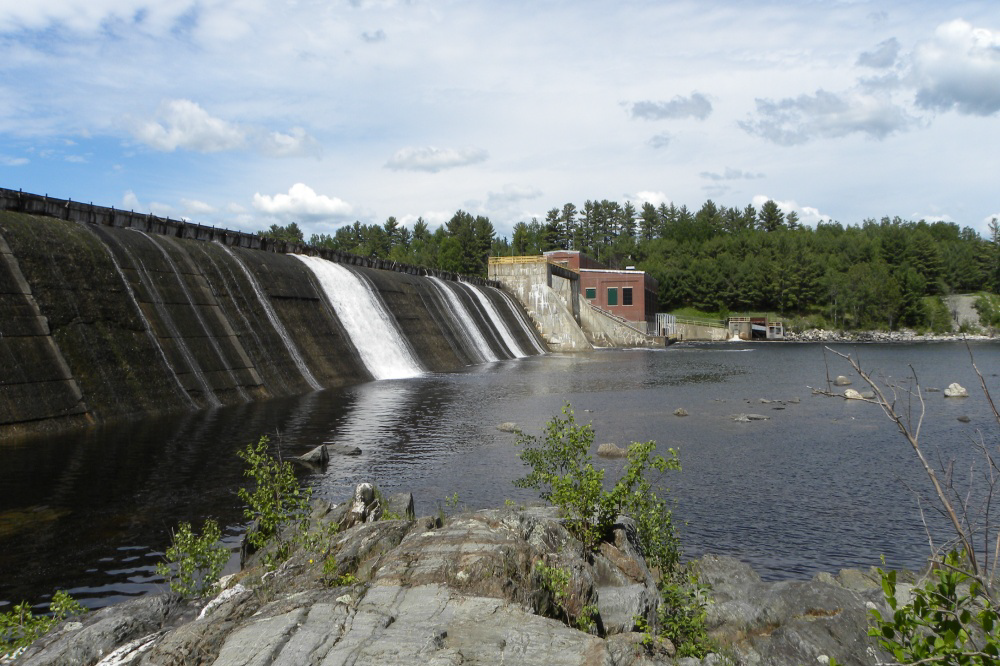 NOAA Fisheries Atlantic salmon researchers have found that Atlantic salmon abundance can increase as more young fish and returning adults survive their encounters with dams. Also, progress in rebuilding the population will depend heavily on continuing stocking of hatchery fish raised especially for this purpose. This information is based on a life history model and new information on changes in the Penobscot River watershed.

The remaining remnant Atlantic salmon populations in the United States are located in Maine, with the largest population in the Penobscot River. Numerous factors play a role in salmon recovery—from predation and habitat degradation to pollution and climate change. The two most influential factors are survival of fish as they navigate dams in the river, and survival during the marine phase of their life. Atlantic salmon are born and remain in fresh water for 1–3 years and migrate downriver through estuaries into the sea. Then they spend 1 to 2 years at sea before returning to the river where they were born to spawn. “Our findings indicate that Atlantic salmon abundance can increase as survival at dams from the lower to the upper watershed increases. Hatchery supplementation will be necessary to sustain the population when survival is low in egg-to-smolt and marine life stages,” said Julie Nieland, a salmon researcher at the science center’s Woods Hole Laboratory in Massachusetts and lead author of the study. “Increases in survival during both of these life stages will likely be necessary to attain a self-sustaining population, especially if hatchery supplementation is reduced or discontinued.”

Updating What We Know About Salmon Survival

Nieland and center colleague Tim Sheehan used an existing dam impact analysis model to look at how survival at dams, increased survival at key life stages, and hatchery supplementation affected the Atlantic salmon population. The model was developed in 2012 and first used in federal licensing analyses for five hydroelectric dams in the Penobscot River.

Nieland and Sheehan updated the model, adding new data and better accounting for changes in the watershed. They ran different scenarios to assess the effects of changing smolt numbers, stocking locations, and increasing survival in the egg-to-smolt and marine life stages. They also looked at scenarios involving various dams to estimate abundance and distribution of Atlantic salmon within the watershed and at different life stages. This included the smolt and adult stages when salmon encounter dams. 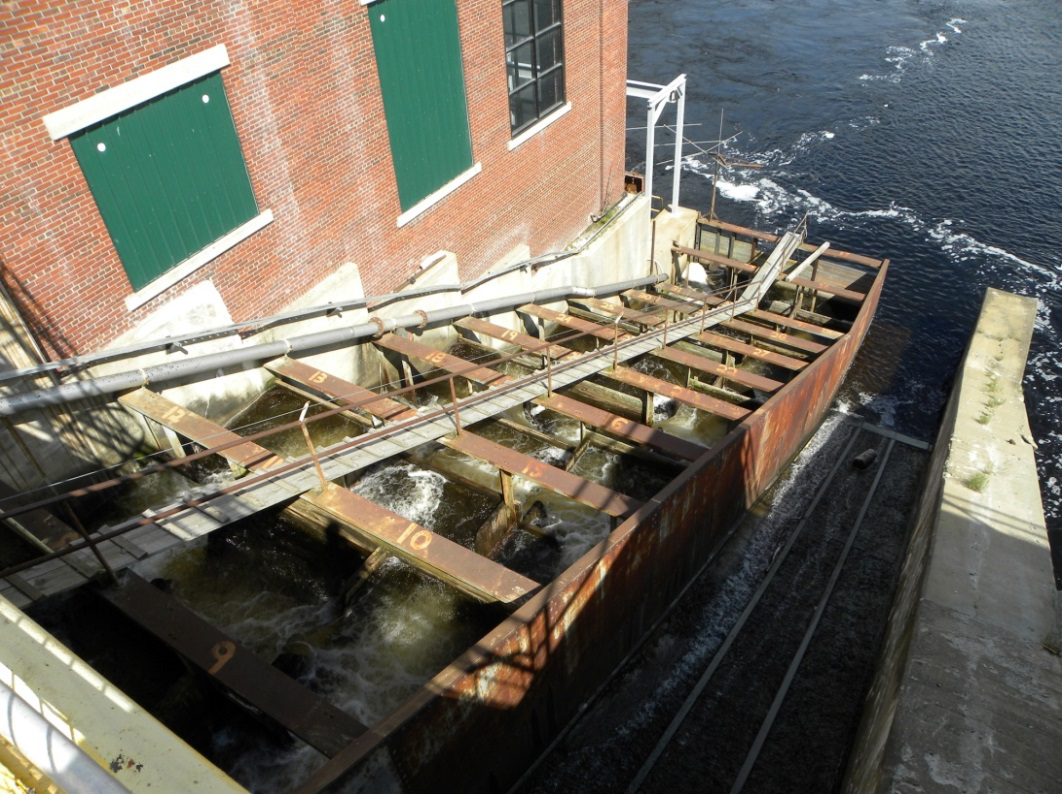 Fish passage at Weldon Dam on the Penobscot River in Maine

The study focused on Weldon Dam in Mattawamkeag, about 65 miles upstream from Bangor, Maine. The dam is the fifth and farthest upstream dam on the main stem of the Penobscot. It is currently undergoing relicensing by the Federal Energy Regulatory Commission as part of the Mattaceunk Project.

There are a large number of dams in the Penobscot watershed. A better understanding of how dams alter important ecological function for salmon has proven to be a key advance in managing salmon recovery. For example, moving stocking locations lower in the watershed helped maximize adult return rates. 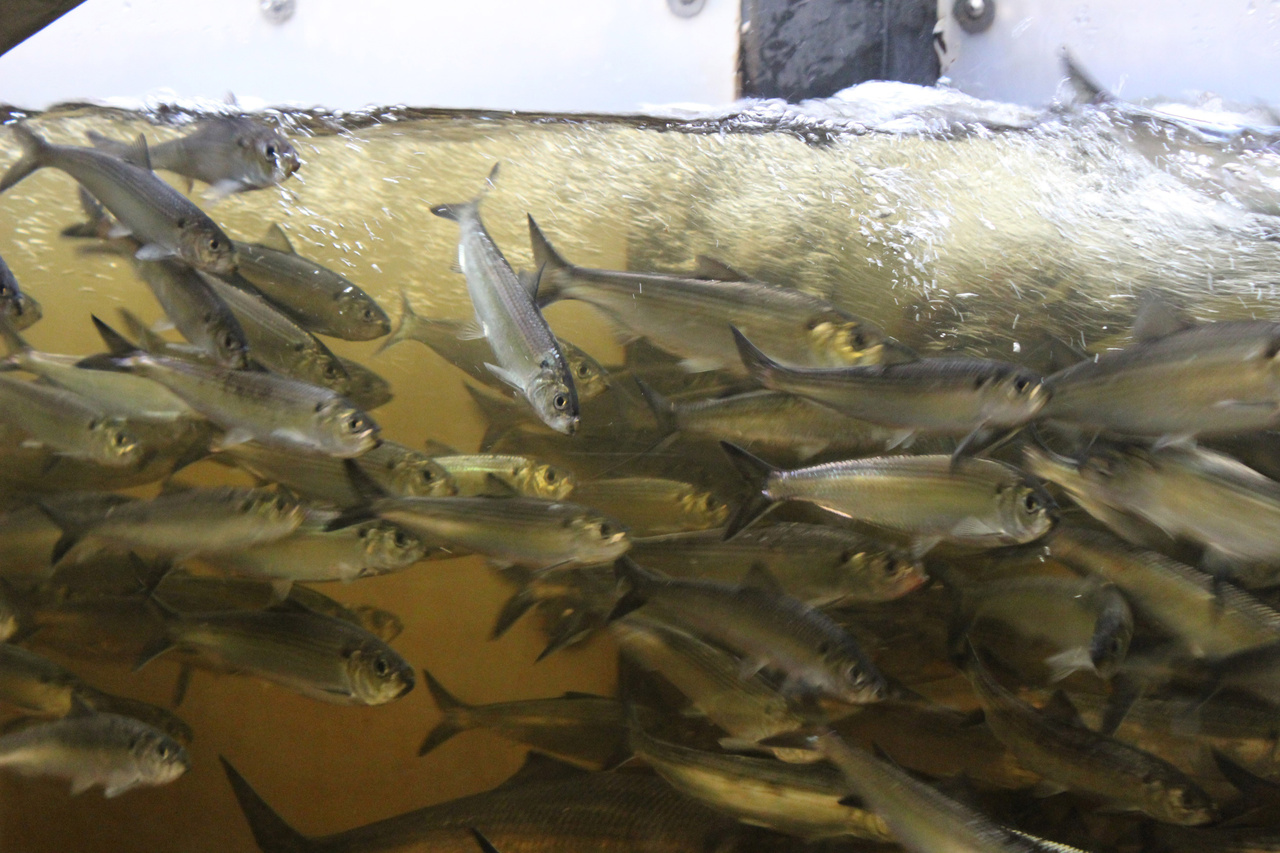 In addition to Atlantic salmon, populations of American shad, blueback herring, alewife and American eel in the Penobscot watershed could also benefit from increased dam passage and dam removal. Better passage and survival at dams would also allow these species to access higher quality habitat further up in the river.