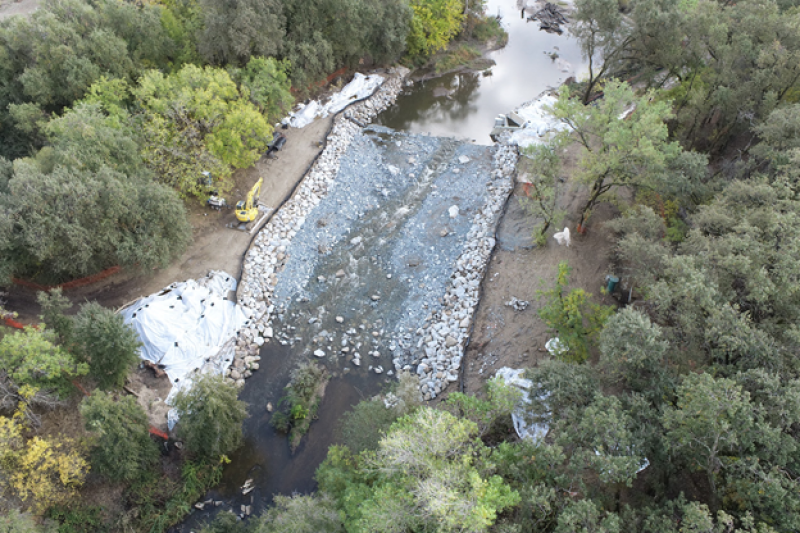 California salmon are now traversing a rocky stretch of river northeast of Sacramento for the first time in a century. Until a few months ago, an 8-foot concrete dam in Auburn Ravine stopped most of them from reaching miles of cool spawning habitat. NOAA Fisheries supported the planning and removal by partners of 8-foot Hemphill Dam. It had been installed in the early 1900s to divert water into the Hemphill Canal but lacked passage for native salmon and federally listed steelhead.

“This is a true win for the native fish stocks in Auburn Ravine and the people who live in Placer County,” says Neal McIntosh, Natural Resources Management Specialist for NOAA Fisheries California Central Valley Office. “The Placer County Conservation Program has helped focus the community and partnering agencies by highlighting important projects like this one.”

According to recent stream surveys by Friends of Auburn Ravine, “Before the dam was removed no more than 10 percent of the salmon that tried to get past the dam succeeded. Now that the dam is gone, 79 percent of the fish are getting past the old dam site.”

Nevada Irrigation District owns the diversion and was instrumental in designing and bringing this project to fruition. Westcon was awarded the construction project and worked in tandem with the natural resource agencies to design a project that meets fish passage criteria. They replaced the aging dam with a roughened rock ramp that resembles a natural river. This structure maintains adequate water depth for fish to swim through while also diverting water into the Hemphill Canal. In addition, a cone fish screen was also added to prevent juvenile fish from being trapped in the canal.

The Placer County Conservation Program, Nevada Irrigation District, and many other partners took action to plan, remove the dam, and construct the upgraded Hemphill diversion. Now, six additional miles of habitat are available to migrating and resident fish. 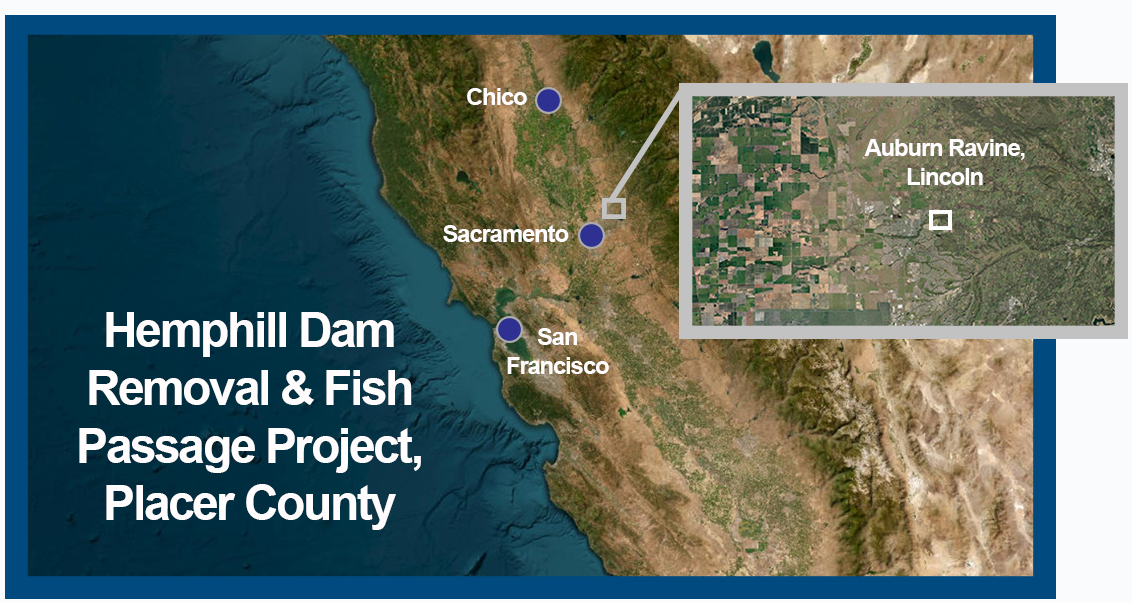 The Program, which began in 2021, has three components: habitat conservation, aquatic resources, and a fee program to generate funds for environmental projects. Partial funds generated from projects support the development of a reserve system on the valley floor and foothills of Placer County. Local, state, and federal agencies, private industry, community members, and landholders all contributed to the development of the program, which has a 50-year permit term.

Programs like these allow local authorities and communities to steward the land in partnership with federal agencies. The habitat conservation plan is a component of the Program. It establishes a framework for compliance with state and federal endangered species laws and regulations that accommodates future growth in the plan area. By doing the planning and scientific consultation at the beginning, federal and state agencies are able to take a step back and act in an advisory capacity. Local entities then move ahead with implementation and maintenance of environmental projects to suit the needs of their community. Proponents of private and public development activities benefit from this comprehensive, streamlined permitting approach.

Salmon and steelhead are using the new fish passage and can be viewed in Auburn Ravine from mid-October through mid-April. More information about this project and NOAA Fisheries in the Central Valley