Developing the First Survey of Untrawlable Fish Habitats in Alaska

Cameras can go where humans cannot and new fisheries research tools can save hundreds of hours in analyzing information contained in collected photographs. 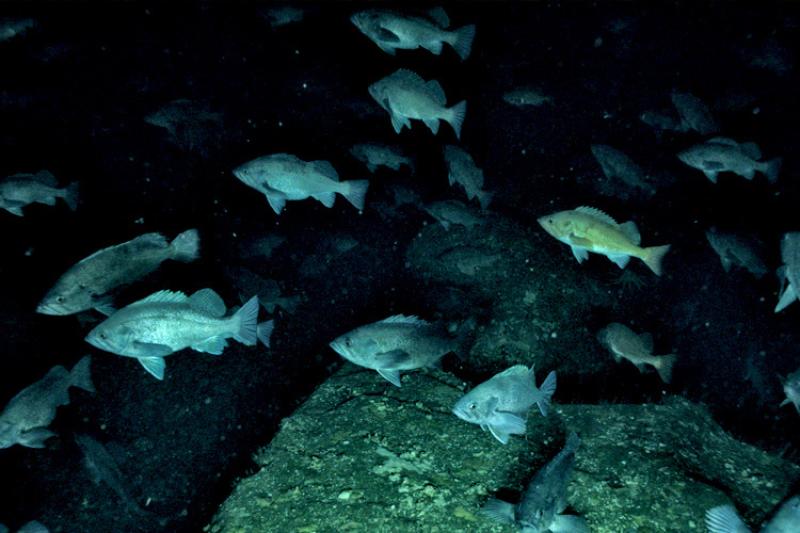 NOAA Fisheries scientists are designing the first large-scale image-based fish survey in Alaska, and one of the first untrawlable habitat surveys nationwide.

Bottom-trawl and midwater acoustic surveys have been the main source of fishery-independent data for assessing fish stocks in Alaska. But a bottom trawl cannot sample the steep, rocky areas-- untrawlable habitats -- that species such as Atka mackerel and rockfishes prefer.  Acoustic instruments can be used in these areas, but are limited in detecting fish on or near the seafloor and cannot discern between fish species or sizes. Untrawlable areas make up to 17% of federally managed areas where bottom trawl surveys are regularly conducted in the Gulf of Alaska, and 54% in the Aleutian Islands.

Historically, untrawlable areas were inaccessible not only to scientific surveys, but also to commercial fishing bottom trawls. That is no longer the case.

“Fishermen have made great technological advances," explains Kresimir Williams, a fisheries biologist at the Alaska Fisheries Science Center who together with colleague Chris Rooper is leading the effort to design a survey of untrawlable habitat in Alaska. "They are using the latest and greatest gadgets to fish as efficiently as possible. They are using cameras with live view that let them avoid catching boulders in 'untrawlable' areas. These areas are not untrawlable anymore – but they are unsurveyed.”

While fishermen use the latest technology, scientific surveys strive to maintain gear consistency to allow direct comparison of survey results over time, so that results from a bottom trawl survey conducted in the 1980s are directly comparable with results from the 2000s. “That consistency gives us confidence that population trends are informative, and can be used to detect changes in fish populations over time allowing the effective management of fish populations. But it hasn’t allowed for the adaptations needed to survey untrawlable areas,” Williams explains. 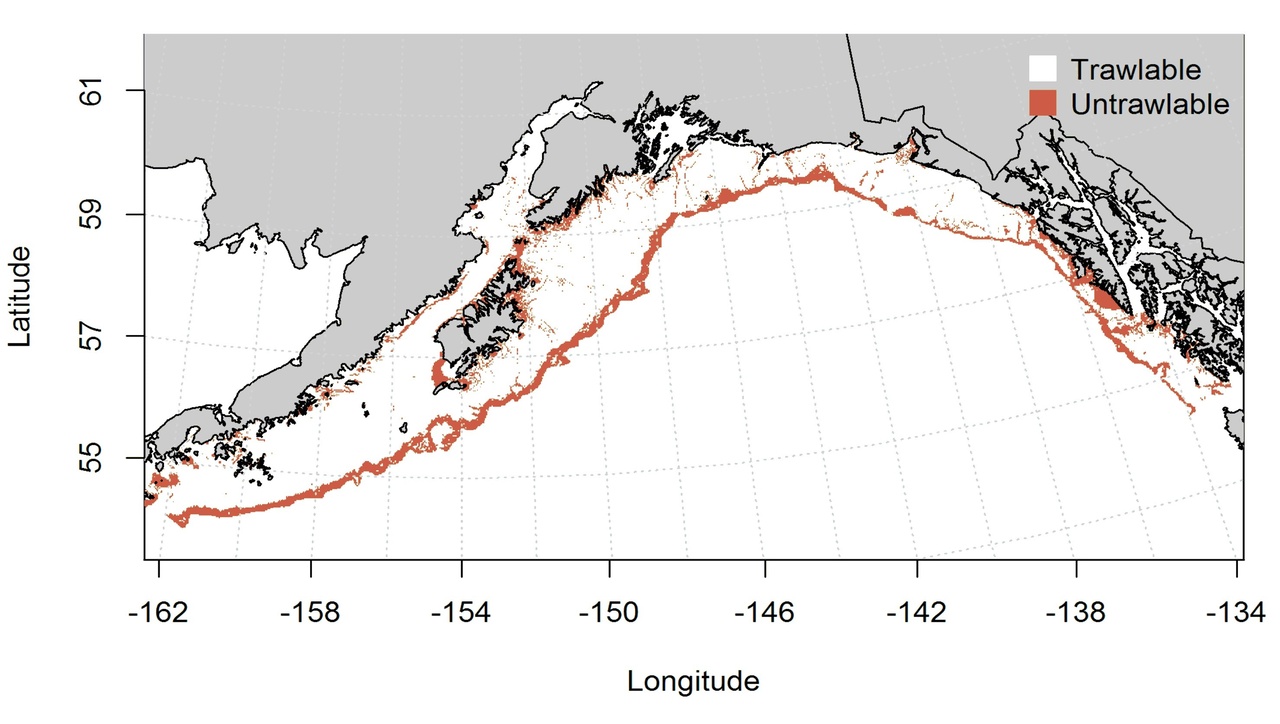 Map of untrawlable grounds in the Gulf of Alaska. Trawlability was estimated using a model of bathymetric data (Baker and Zimmerman, Groundfish Assessment Program, AFSC, NOAA).

A number of commercially important fish species-- including dusky, northern, harlequin, and yelloweye rockfish-- strongly prefer these habitats. Many species of rockfish are long-lived and reproduce later in life, making them particularly vulnerable to overfishing. To keep these fisheries sustainable, managers need accurate stock assessments. 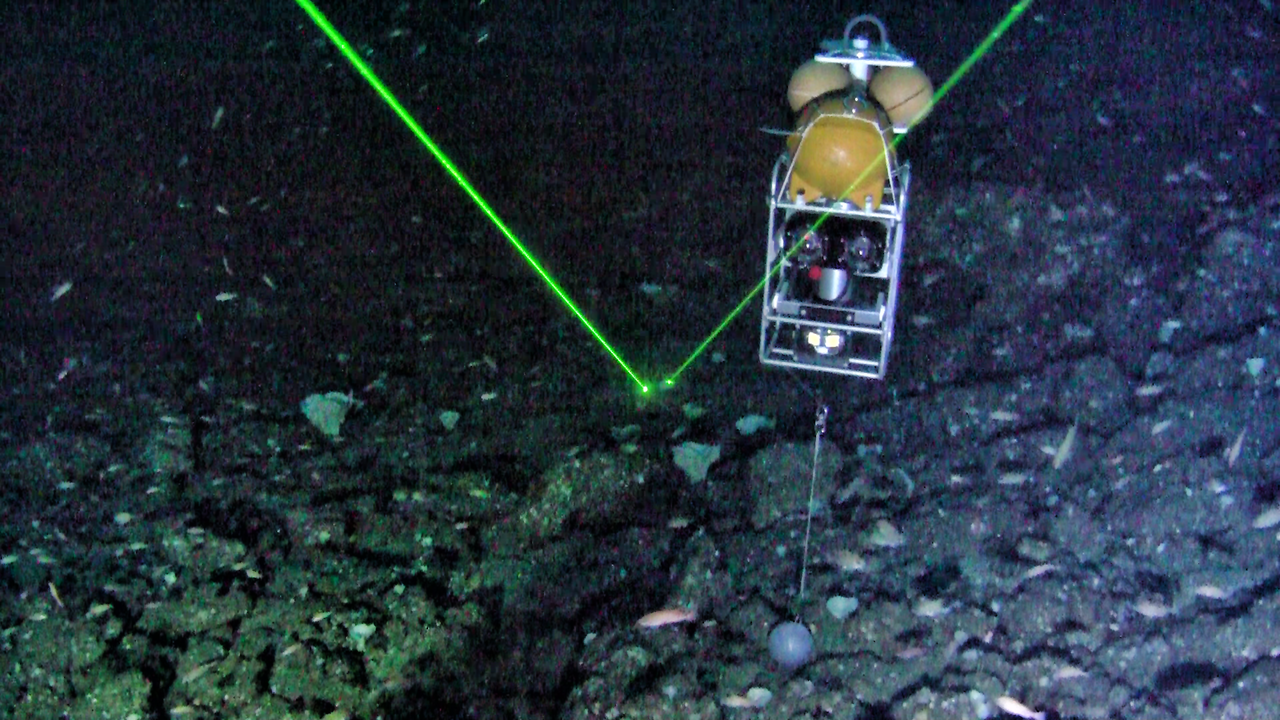 TrigCam moored camera system deployed in the Channel Islands National Marine Sanctuary being tested for use in Alaskan Waters.

Take Nothing but Pictures

The problem of assessing fish stocks in untrawlable habitat is not limited to Alaska. Developing new methods to sample in rock, reef, and other untrawlable habitats is a nationwide NOAA Fisheries effort. Many methods are being explored, but all involve acoustic or optical technologies. Alaska will be one of the first regions to realize an image-based survey of untrawlable habitats if we are able to conduct an initial survey in 2019.

The plan for the Gulf of Alaska combines large-scale acoustic and optical sampling. Bottom trawl samples will be replaced with high resolution photos from which fish species and sizes can be identified and fish populations can be estimated. Cameras lowered from ships and moored stationary stereo camera systems will be used where each will be most effective. “It will be a non-extractive survey,” says Williams. “We will take away nothing but pictures.” 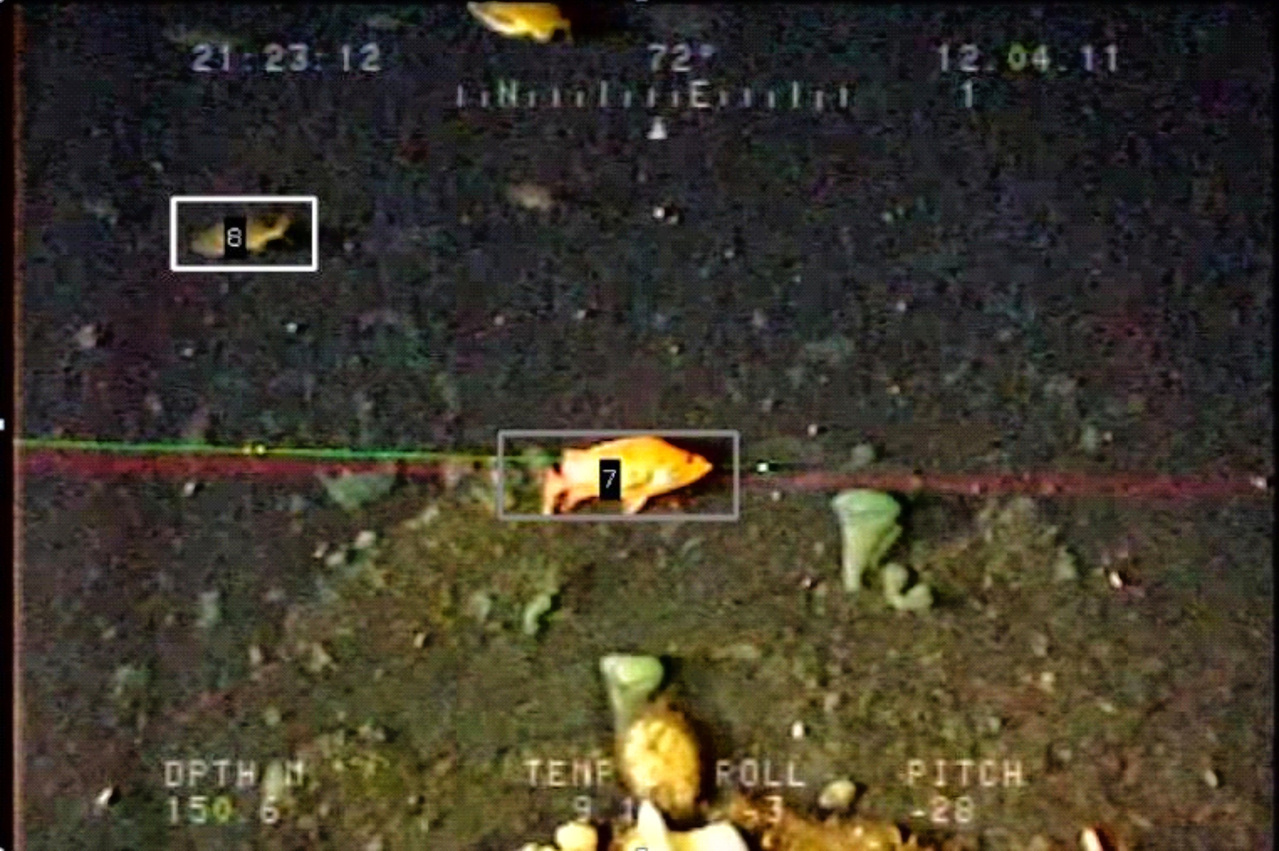 To realize this vision by turning images into data, Williams’ team is collaborating with a University of Washington’s Electrical Engineering department program dedicated to computer automated image analysis. UW researchers and Williams created computer programs that automatically identify and determine the length of fish in the images.

“These sophisticated analysis techniques are widely used in security and medical fields, but are only now becoming accessible for fisheries research,” explains Williams. ”It can hugely reduce the effort required to extract data from images. Until this technique was available, starting a new image-based survey was impractical-- it would require a huge number of people and amount of time just to examine photos.” The new programs are able to analyze the images and determine fish identity and length in one fifth of the time it would take a trained fisheries biologist to do the task in expenses.

The new survey design is based on many years of research by the Alaska Fisheries Science Center and knowledge gained through NOAA’s Untrawlable Habitat Strategic Initiative, which funded several pilot projects for developing the methodology:

These studies provided information that is being incorporated into the survey design, such as: 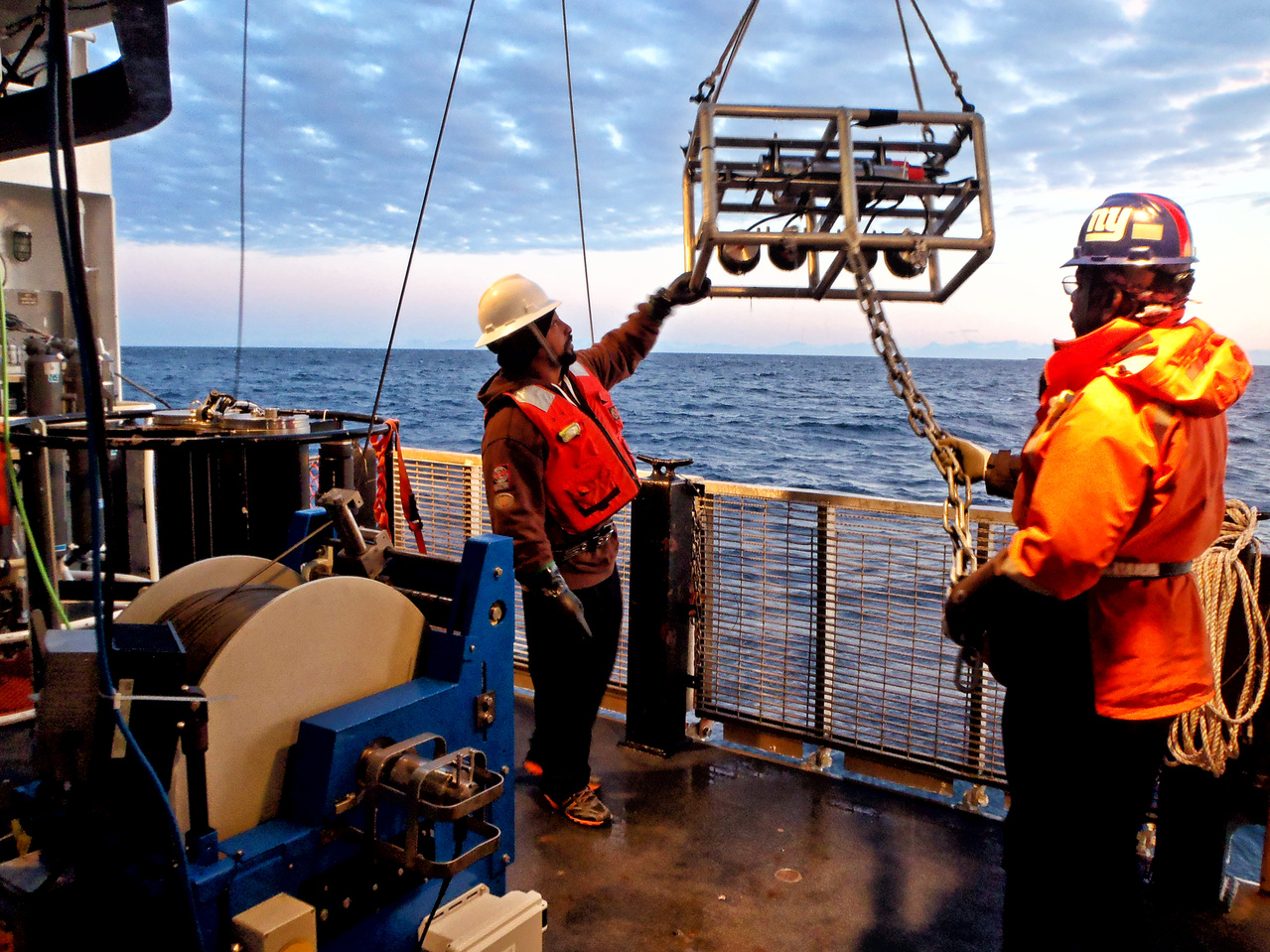 Until now, many estimates of fish populations made using traditional survey approaches have been relative -- you know if there are more or less than other years, but you don’t know exactly how many there are. That approach often requires several years of data to detect a trend, and consistent methods from year to year, even if those methods become outdated. Williams found an innovative way to use new stereo camera systems to calculate the volume of water represented in each image. That enables researchers to calculate the number of fish per volume of seawater (fish per cubic meter), an absolute estimate.

“With the new survey, we are shooting for an absolute estimate - the actual number of fish. That gives you a much more precise piece of information to work with. And you can keep improving the gear instead of being constrained to using the same techniques for consistency. It’s exciting, using these advanced technologies to do something completely new,” says
Williams. “It’s the next place to go.”