Do River Channels Always Change When Dams Are Removed? It Depends

Removing dams opens new habitats and could result in minimal changes to the river channel. 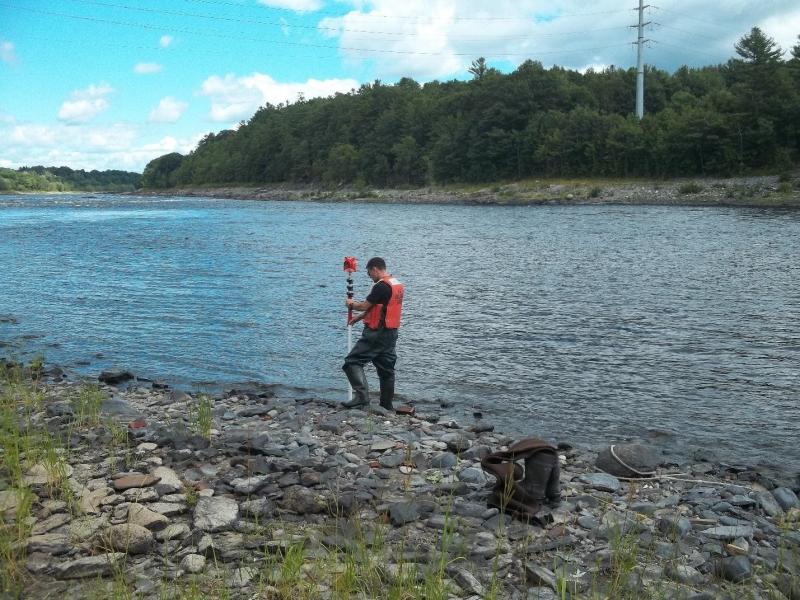 Dams are constructed for many purposes, including energy generation, water supply, flood control, and recreation. Dams can also impact the environment, both when they’re built and again when they’re removed. Researchers from the University of Maine, U.S. Geological Survey, and NOAA collaborated to determine what happens to the shape of rivers when a dam is removed. They found that the changes can be minimal under specific geologic and site conditions.

Dams can block the upstream and downstream passage of migratory fish. These fish spend part of their life in the ocean and need to access freshwater environments for other parts of their life cycle.

There are hundreds of thousands of dams on U.S. rivers, most of which were built decades or even centuries ago. Aging dams are increasingly being removed in the United States and elsewhere because they no longer serve their intended uses. Local communities are also concerned about public safety and improving environmental quality.

When dams are removed, communities often have a range of concerns including how the river will change physically. Very often the river does change. The most obvious transition is going from the wider, deeper, and slower flow that resembles a pond or lake to the narrower, shallower, and faster flow of a river.

How River Channels Change When a Dam is Removed

Dams not only impede water flow—a key function—but they also can trap sediments like gravel, sand, silt, and clay that are naturally transported by the river. The shape, position, and texture of the river channel (e.g., gravel versus mud) can also change upstream and downstream when a dam is removed. This is usually associated with the release of sediments trapped by the dam.

Two large hydroelectric dams, Great Works and Veazie, were removed from the lower Penobscot River in Maine in 2012–2013. They were the two dams closest to the ocean on the Penobscot. They were removed to reduce the number of dams on the river that block passage for migratory fish.

Great Works and Veazie dams were about 6  and 10 meters high, respectively, and neither stored much sediment. The bottoms of both reservoirs were mostly coarse-grained sediments (e.g., pebbles, cobbles, and boulders) and bedrock, which do not easily erode.

Changes Can Be Minimal

In a recently published paper, the researchers compare measurements of channel dimensions taken at the same locations before and after the two dam removals. They showed how channel changes can be minimal when dams storing little sediment are removed from erosion-resistant riverbeds. This is the case for many dams eligible for removal.

Dam removal practitioners can avoid costly sediment management planning and mitigation if they can establish these conditions at their site through appropriate geologic and engineering investigations before dam removal. Investing in pre-project investigations can allow communities and resource managers to prioritize available funds for additional projects to restore habitat and improve public safety.