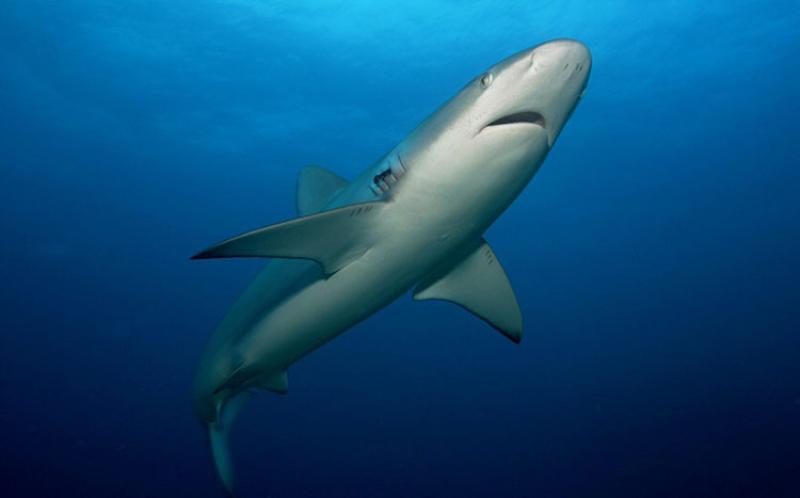 1. Some sharks have belly buttons.

Many sharks are viviparous, meaning they give birth to live young. Like all sharks, species such as blue, bull, and hammerhead sharks rely at first on a yolk sac for nutrition. But they also develop a placental connection similar to a mammal’s umbilical cord. After the pups are born, they’re left with a scar between their pectoral fins—effectively a belly button. This is visible for up to a few months before healing completely.

The embryos of other viviparous species remain in a thin egg envelope while they grow inside their mother. They hatch when the yolk supply runs out. Some species will then absorb nutrients from their mother’s uterus or consume unfertilized eggs before birth. The first sand tiger to hatch in each uterus—sharks have two—will also consume the other embryos before feeding on unfertilized eggs.

The remainder of shark species are oviparous, meaning they lay eggs. The egg cases often have long tendrils that help secure the egg to seaweed or rocky habitat. 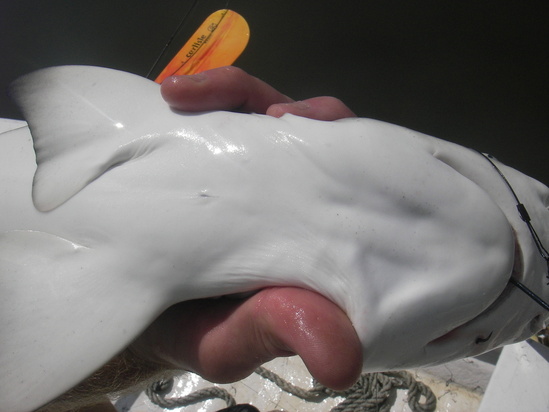 2. Pregnancy lasts years for some species.

Female spiny dogfish sharks have one of the longest confirmed pregnancies of any vertebrate: up to two years. Other sharks may have them beat. Some scientists estimate that basking shark gestation lasts up to 3.5 years. Frilled sharks may also carry their pups for more than three years.

Some smaller species are at the other end of the spectrum. Bonnethead sharks, for example, give birth after around five months. 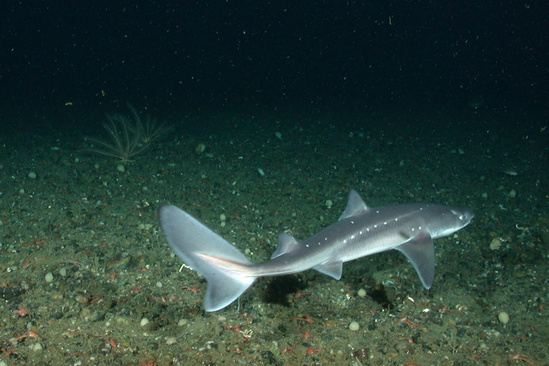 3. Some species can have hundreds of pups. Others have no more than two.

Blue sharks have been known to give birth to more than a hundred live pups at once, and a whale shark collected off Taiwan was reported to have a litter of 300. Sand tiger sharks, on the other hand, deliver a maximum of two pups at once.

Small litter size is one reason some shark species are especially vulnerable to overfishing. It also plays a big role in the timing of rebuilding plans. For example, we expect it to take a total of 100 years for dusky shark populations to return to healthy levels in part because females give birth to just 3–16 pups every two or three years. 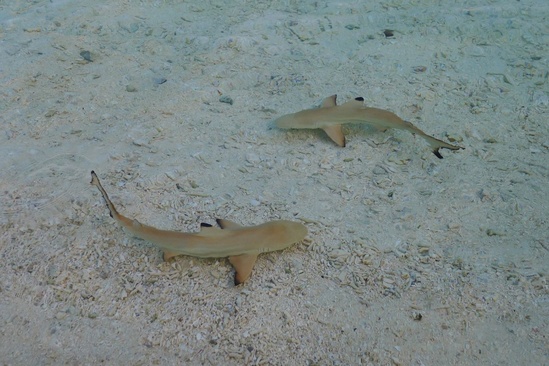 NOAA Fisheries manages two research programs to identify shark nursery areas in the Atlantic. The data collected each year is used to decide whether areas should be protected as essential fish habitats. 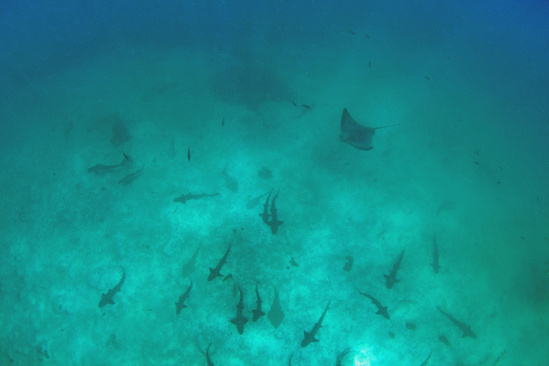 5. Some sharks reach maturity in their 20s.

While many fish species mature in just a few years, sharks can take many years—and sometimes decades—to mature. Male white sharks reach sexual maturity after 26 years, for instance, while female white sharks aren’t ready to carry pups for 33 years. Even the shorter-lived lemon shark can’t reproduce until they are 13–15 years old.

Sharpnose sharks have among the fastest growth periods. They reach maturity around three years after birth.

We use a range of science-based tools to help prevent too many sharks from being fished before they reach maturity, including minimum size requirements and area closures. 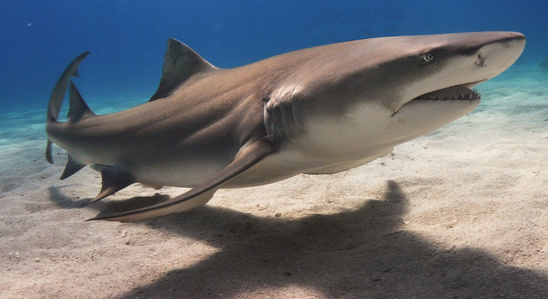 6. Scientists use the legacy of nuclear bomb tests to age sharks.

Historically, scientists determined the age of a shark by counting bands in their vertebrae—like rings in a tree. Each pair of bands was thought to represent a year. Recent studies, however, have shown this assumption isn’t always correct.

To test the relationship between band pairs and years, scientists have used a new technique made possible by nuclear bomb testing in the 1950s and 1960s. Nuclear explosions released carbon-14, a naturally rare substance, into the atmosphere and, eventually, the food web. But every second, a little more decays out of the atmosphere. That means the level of carbon-14 in shark tissue declines at a predictable rate, giving researchers a radiocarbon timestamp that can be used to validate age estimates.

This new technique has revealed that counting band pairs can lead us to underestimate the age of some sharks. White sharks, for example, can live more than 70 years. That’s about twice as long as previously estimated!

White shark. Photo by Elias Levy, used under CC BY 2.0.

7. Sharks can migrate thousands of miles in a year.

Sharks are found in oceans throughout the world. Some species migrate vast distances in search of food and to breed. Blue sharks, for instance, are transatlantic travelers, with some migrating from our East Coast to western Europe and Africa. A tagging program managed by the Northeast Fisheries Science Center has recorded several additional species traveling more than 1,000 miles in a single year, including dusky, sandbar, night, bigeye thresher, shortfin mako, and tiger sharks.

We’ve learned more about the movement of some shark species in recent decades thanks to advances in electronic tagging programs and modeling. The results of these programs are incorporated into the population assessments at the heart of our fishery management strategy. 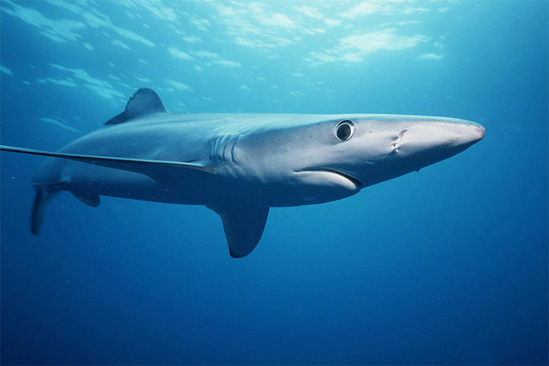 8. Not all sharks are at the top of the food web.

There are over 500 species of sharks worldwide, and most of them are less than 3-feet long. Atlantic sharpnose, for example, are on the menu for larger species like bull sharks and hammerheads. Small sharks might also have to keep an eye out for orcas, seals, sea lions, octopuses, groupers and other predators depending on where they live and what other food is available. 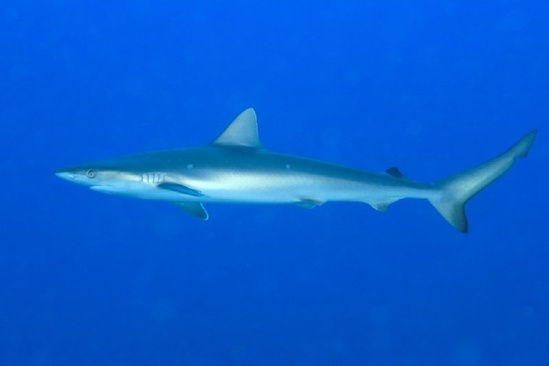 Last updated by Office of Sustainable Fisheries on August 05, 2021