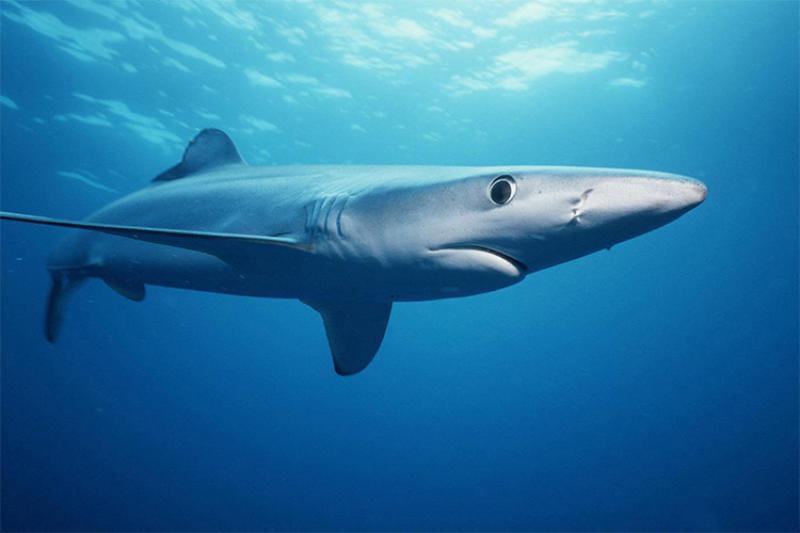 The Northeast Fisheries Science Center’s Apex Predators Program studies the life history and ecology of sharks in the marine and coastal waters of New England and the Mid-Atlantic. In 1962, they began the Cooperative Shark Tagging Program with about 100 volunteer recreational and commercial fishermen, scientists, and fisheries observers. Today they have more than 7000 volunteers contributing data to the Tagging Program.

More than 295,000 sharks, comprising more than 50 species, have been tagged to date. The data from tagging and recapture events have been instrumental in shaping what we know about shark migration and distribution. It also helped to define the essential fish habitat for 38 federally managed shark species. It continues to be used for defining and updating areas designated as essential for shark survival. 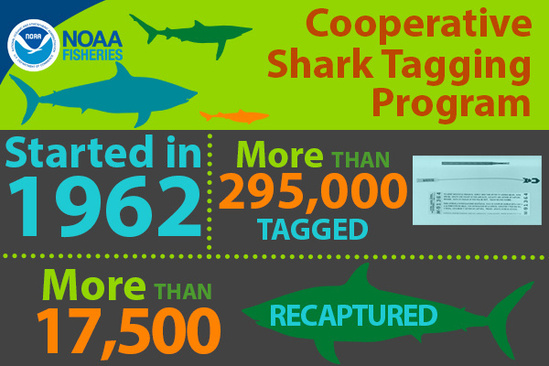 Blue sharks (Prionace glauca) are a common pelagic species found in New England waters. More than 122,000 blue sharks have been tagged to date and they’re the most tagged species of shark in our Tagging Program’s database. In fact, they account for 42% of all the tagged sharks recorded in our database and of the more than 122,000 tagged blue sharks, 7% of them have been recaptured at least once. 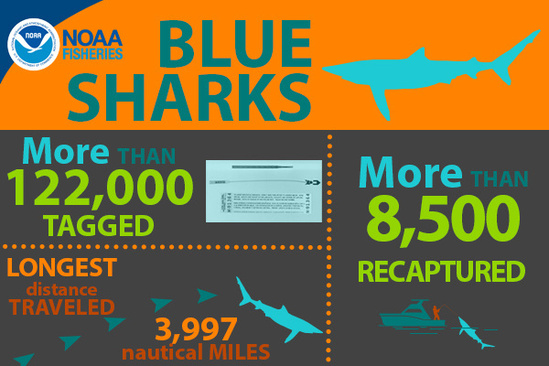 Blue sharks are also transatlantic travelers, some traveling all the way from the East Coast of the U.S. to western Europe and Africa. Some of the farthest traveled sharks recorded in our database have been blue sharks. What’s the longest distance — tagging location to recapture location — ever traveled by a blue shark? One blue shark was tagged off the New England coastline in 1989 and recaptured in 1991 about 300 miles northwest of Acension Island in the South Atlantic. One of the reasons they're transatlantic travelers is that they mate in the Western North Atlantic and pup in the Eastern Atlantic. 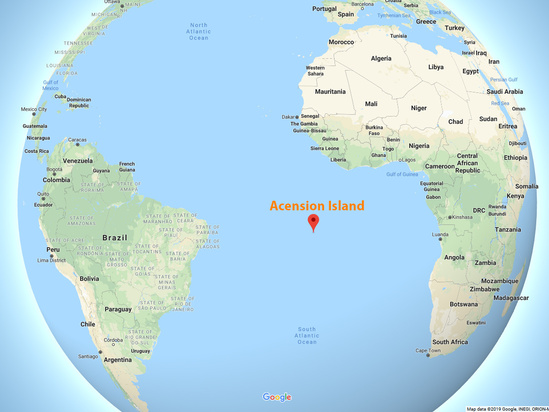 Interested in contributing data to our Tagging Program’s database? If you catch and release sharks, one way to contribute is to request tags for tagging. Another way is to report a tagged shark.

To Report a Tagged Shark:

Our Tagging Program asks that you collect some basic information and do one of the following:

The saying goes, “If you don't know, let it go.” The best way to know what species of shark you catch is to use the downloadable NOAA Fisheries’ shark identification placard. It also provides information about federal regulations related to recreational fishing of sharks in U.S. Atlantic, Gulf of Mexico, and Caribbean waters. Remember, never tag a shark you can’t identify!

NOAA Fisheries created this great video with tips on how to safely handle and release sharks responsibly. It also includes information about prohibited shark species and permitting and regulation information for recreational shark fishing in the U.S. Atlantic, Gulf of Mexico, and the Caribbean waters.