For Endangered Salmon in California, a Very Measured Sip of Cold Water

The State of California, now in the fourth year of a historic drought, is parched. But in the north of the state, at the bottom of the reservoir behind Shasta Dam, lies a big drink of cold water. For salmon in the Sacramento River, especially winter-run Chinook—one of NOAA Fisheries' eight "Species in the Spotlight"—that cold water is a lifeline. Water managers tap it to cool off the river in summertime, when streams become hot enough to kill developing salmon eggs and newly hatched fry.

The cold water flows in from the mountains as snowmelt. But with winter snowpack at record lows, the supply of cold water is dwindling. If it’s not managed carefully, winter-run Chinook might be lost forever.

So last month, scientists from NOAA Fisheries and the University of Nevada, Reno, installed a new system to measure the temperature of the water behind Shasta Dam. The temperature profiler, which is based on fiber optic technology, will allow scientists to accurately estimate how much cold water is available so it can be used as efficiently as possible.

“The big question we’re facing, especially during this drought, is how much of the river can we keep cool enough for salmon eggs to survive?” said Eric Danner, the NOAA Fisheries biologist and salmon expert who is leading the project. “And can we keep it cool through October without running out of cold water first?”

Chrerisa Friedlander and Skip Berlin of NOAA Fisheries and Scott Tyler of the University of Nevada, Reno, lower a fiber optic cable to the bottom of the reservoir behind Shasta Dam. The fiber optic system will provide a continuous, real-time temperature reading at every depth of the reservoir, allowing for more efficient management of the dwindling supply of cold water that endangered salmon need to survive. Photo: Rachel Hallnan/University of Nevada, Reno.

Cold water is heavier than warm water, so when it flows into the reservoir, it sinks to the bottom like hidden treasure. The agency that operates the dam, the U.S. Bureau of Reclamation, manages downstream water temperatures by mixing cold water from the bottom of the reservoir with warm water from above before sending it through the dam.

Until now, technicians from the Bureau of Reclamation measured the cold-water pool manually by going out on the lake every 2 weeks and dropping a temperature probe at various locations. That method is time-tested, but it left a lot of uncertainty in the results.

At the heart of the new system is a fiber optic cable that runs from the surface of the reservoir to the bottom. Photons are shot through the cable, and the backscatter can be interpreted to measure the temperature at every point along the cable. This will provide a continuous, real-time temperature reading at every depth.

The temperature data will be freely available online. In addition, water managers will be able to run computer simulations to predict how long the cold water will last, and what stream temperatures will result, given different scenarios of weather and dam operations.

Surviving in a New Environment

Before Shasta Dam was built, Chinook salmon traveled far upstream to spawn. Today, the dam blocks their passage, forcing them to spawn downstream, where water temperatures are higher. Because they didn’t evolve under these conditions, Chinook and many other species are not adapted to the hot water they find themselves in today.

Winter-run Chinook are especially vulnerable because of their timing. As their name indicates, they swim upstream in winter. Most spawn in late spring, and their eggs and newly hatched fry—the life stages most at risk from high temperatures—must survive the heat of summer.

“If the water gets too warm, the eggs are stuck in a tomb under the gravel,” said NOAA Fisheries biologist Garwin Yip. If high temperatures don’t kill the eggs outright, they can cause higher rates of disease. And even if the young fry do make it out of their nests, they face long odds as well, as high temperatures make predators more voracious.

The goal of water managers is to keep the average daily stream temperature no higher than 56 degrees Fahrenheit through October. Last year, due to imperfect estimates of its volume, the cold-water pool was unexpectedly drained by mid-September, and stream temperatures soon shot up to 62 degrees. Scientists estimate that only 5 percent of winter-run Chinook eggs survived as fry in the upper Sacramento River, compared to 25 percent survival in an average year.

“We don’t want a repeat of what happened last year,” Danner said.

Hopefully, with the new fiber optic temperature profiler in place, water managers will be able to take very controlled sips from the cold-water pool, and make sure it lasts until the salmon are out of danger. 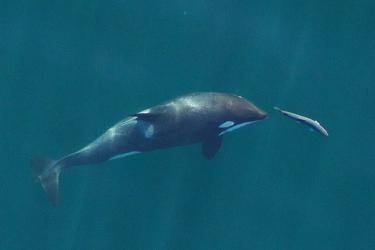 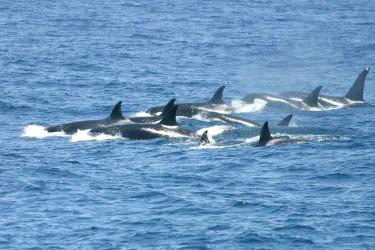 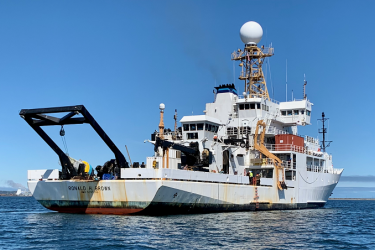 Last updated by Office of Communications on May 11, 2021