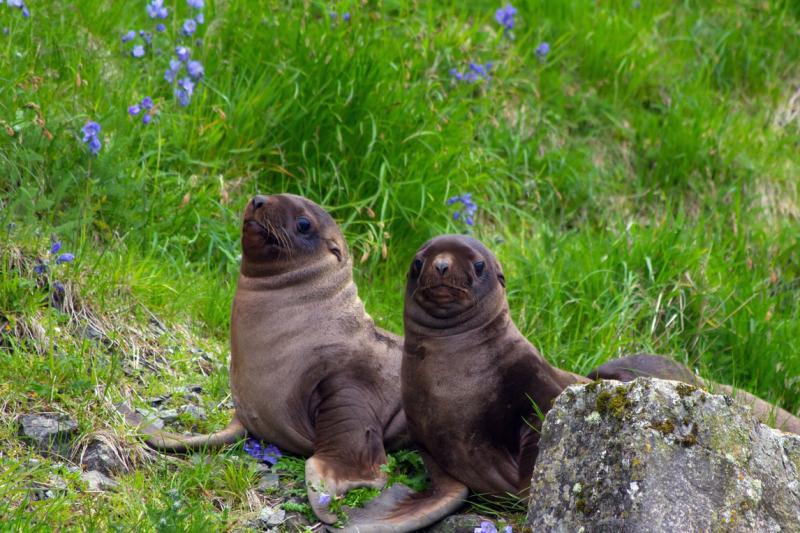 This summer, researchers from NOAA’s Alaska Fisheries Science Center are once again on the case to figure out why an endangered population of Steller sea lions continues to decline in the western Aleutian Islands.

The team of scientists will set out next month to collect data on Steller sea lions from the western portion of its range along the Aleutian Islands. At each site they will count sea lions by using drones, traditional aerial surveys, or binoculars from a boat or on land. In a couple select sites, they will also take measurements and important samples from sea lion pups.

While the eastern population of Steller sea lions has recovered, the western population segment (mostly found west of Cape Suckling, Alaska) is listed as endangered under the Endangered Species Act and is not showing similar signs of recovery. Parts of the population seem to be increasing and showing signs of recovery, while in the western and central Aleutian Islands the population remains stable or continues to decline. The sea lions found in the remote islands at the end of the Aleutian chain have declined more than 94 percent in the past 30 years. 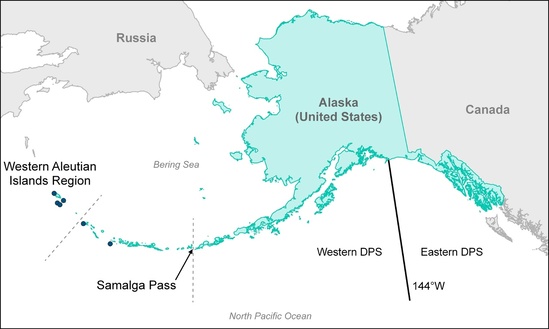 At six of these remote sites, cameras have been steadily snapping photos of sea lions throughout the year. Each summer when the scientists visit, they collect the images—more than 300,000 annually—and take them back to their lab in Seattle for processing. 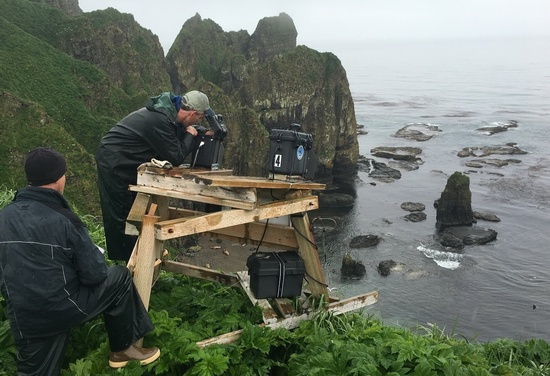 Alaska Ecosystem Program biologists work on retrieving memory cards full of images captured in the past year and performing maintenance on remote cameras stationed high on the cliffs above the Steller sea lion rookery on Cape Sabak on Agattu Island.

From the Aleutian Islands to an Online App

This is where dedicated citizen scientists come in. Since March 2017, more than 8,000 volunteers have helped process images of endangered Steller sea lions. Scientists have marked many individual sea lions with unique numerical codes for identification. Using the Zooniverse crowdsourcing platform, volunteers use the Steller Watch website and app to help NOAA biologist Katie Sweeney and her team sort through all the photos taken at these remote sites and identify images that contain a sea lion with markings.

“Steller Watch created an incredible way for us to share our research with people around the world,” says Sweeney. “The volunteers who help us process images bring enthusiasm to our mission and make critical scientific analysis possible with the many thousands of photos they sort online.” 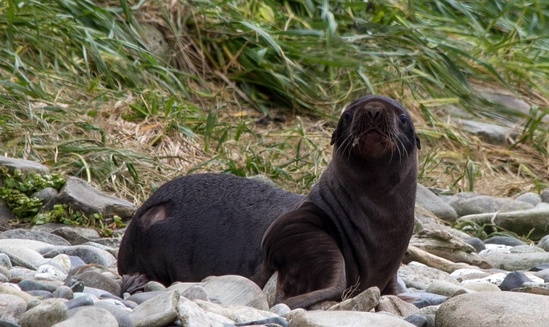 On Gillon Point on Agattu Island, a pup hangs out in the 'pup recovery area' after being marked and having a sample of fur shaved off for contaminants studies.

Processing images that contain easily identifiable marked sea lions in the frame for further investigation allows scientists to focus on these high-priority photos only, and follow the life histories of individual Steller sea lions from year to year.

The valuable individual data support population-level analysis, and help Sweeney and her team analyze sea lion movements and the proportion of young animals that grow to reproductive age. Such information may help explain why sea lion populations in some areas of the Aleutians are declining or showing no signs of recovery.

Get Involved: Log On to Help Conserve Steller Sea Lions

As a top predator, Steller sea lions are an important ecosystem indicator for the Aleutian Islands. “The factors affecting the Steller population may also be felt by other wildlife,” says Sweeney. “We’re like detectives. The data we gather about these animals, thanks to all our volunteers, can help us solve bigger mysteries about the health of our ocean.”

This Endangered Species Day on May 18 (and all year long), you can contribute to Steller Watch research and to the conservation of this endangered population by visiting Zooniverse and helping NOAA scientists classify images of Steller sea lions. Keep up with the team’s research in the field by following their blog. 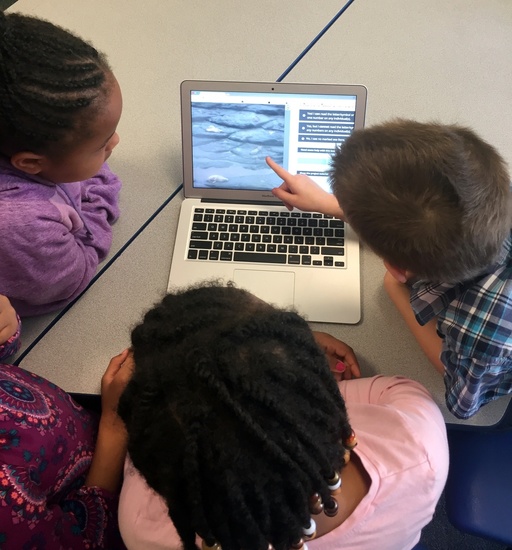 Second graders from an elementary school in Memphis, TN work together to classify images on Steller Watch.