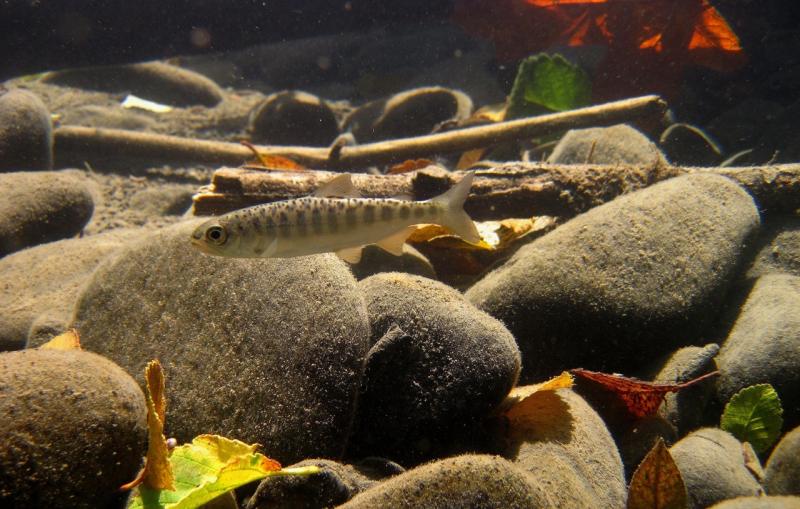 The survival and eventual return of juvenile Snake River salmon and steelhead to spawning streams as adults depends more on their size than the way they pass through hydroelectric dams on their migration to the ocean, new research shows.

Bypass systems are designed to carry juvenile salmon and steelhead around dam turbines on the Columbia and Snake rivers. The study found little evidence fish that go through these systems suffer delayed or “latent” mortality once they reach the estuary and ocean. Rather, they survive at about the same rate as fish that go through spillways and turbines.

The finding raises questions about whether spilling additional water past dams to carry more fish through spillways instead of bypass systems will substantially increase their survival in the ocean and the number that return to rivers as adults.

The new research helps address a call from the Northwest Power and Conservation Council’s Independent Scientific Advisory Board (ISAB) for further study of latent mortality. One argument for breaching dams on the lower Snake River is that it would improve fish survival by eliminating latent mortality related to bypass systems. 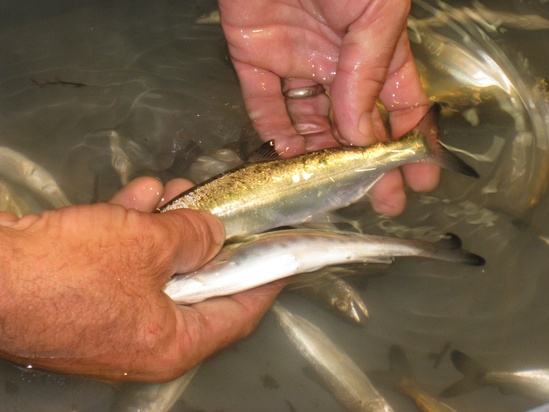 Smaller Salmon Less Likely to Survive In the Ocean

Bypass systems are more likely to draw in smaller fish, the study found, which survive at lower overall rates in the ocean. That could give the impression that the bypass systems cause delayed mortality. This study shows that the size of the fish is the real determining factor, according to the NOAA Fisheries research published in Transactions of the American Fisheries Society.

“Once we accounted for the size of the fish, we saw little impact on their ocean survival,” said James Faulkner, a research statistician at NOAA Fisheries’ Northwest Fisheries Science Center in Seattle and lead author of the research. “That is not to say that the dams don’t impact fish in other ways, and it’s important to understand how and where that impact happens.”

Fish pass through dams on the Columbia and Snake rivers primarily through three routes: spillways, bypass systems, and turbines. Improvements have reduced the number of fish that go through turbines, which generally have lower survival rates. Instead, they go through spillways or into bypass systems with screens and a complex of large pipes or channels that carry the fish through the dams.

The findings do not mean there is no latent mortality. Fish passing through the dams and reservoirs may still experience stress from other factors, including delayed arrival at the estuary and ocean.

The ISAB noted in a 2007 report that latent mortality had been estimated across a wide range. The ISAB called for more monitoring and research to better determine what influences fish survival beyond the hydrosystem.

In a 2012 review of reports on latent mortality, the ISAB found that “the factors responsible for latent mortality remain poorly understood and inadequately evaluated.” The ISAB added that “further research will be needed to resolve this issue.”

The ISAB noted that a “key assumption” in estimates of latent mortality “is that fish entering the bypass system are randomly selected, or at least, that the sample of fish entering the bypass system are not disproportionately less fit in terms of their prospects for survival to return as adults. This assumption needs to be tested both with available data and with further experimental investigation.”

This study helps address the ISAB’s recommendation by testing that assumption. It found that the bypass systems draw in smaller fish, which are less likely to survive the ocean and return as adults. The research was funded by the Bonneville Power Administration through the Columbia Basin Fish and Wildlife Program, as developed by the Northwest Power and Conservation Council.