Recently retired NEFSC scientist Larry Jacobson has been honored with the Atlantic States Marine Fisheries Commission's Annual Award of Excellence for outstanding contributions to science along the Atlantic coast.

Jacobson was honored for his science, 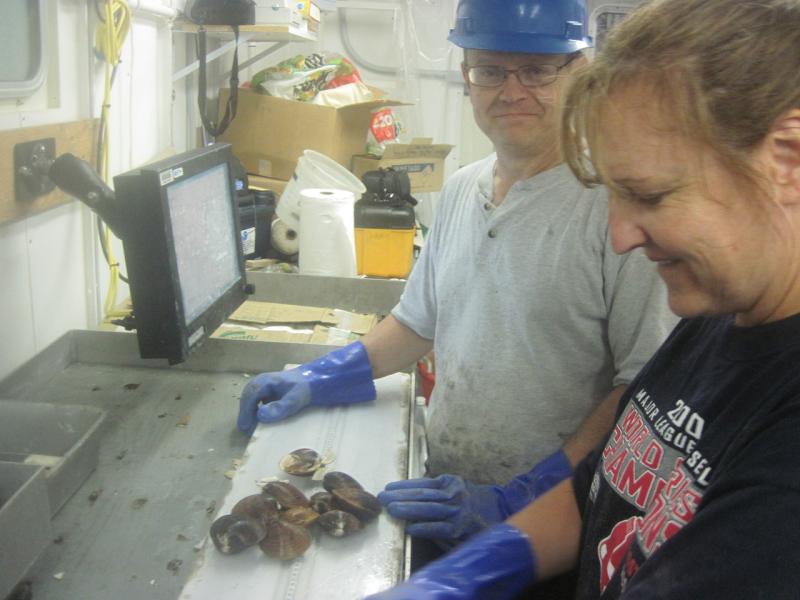 Recently retired NEFSC scientist Larry Jacobson has been honored with the Atlantic States Marine Fisheries Commission's Annual Award of Excellence for outstanding contributions to science along the Atlantic coast.

Cream of the Crop

“The Atlantic coast has no shortage of skilled and dedicated fisheries policy, science and law enforcement professionals. However, Dan, Larry and Kyle represent the cream of the crop,” said ASMFC Chair Jim Gilmore of the New York State Department of Environmental Conservation. “The Commission’s 2018 Annual Awards of Excellence reflect a diversity of accomplishments from management to science to law enforcement. It is an honor to provide the 2018 AAE to three exceptional individuals for their contributions to the management and conservation of Atlantic coast fisheries.”

He received his Ph.D. from the University of Minnesota in 1986 and worked at the NOAA Fisheries Southwest Fisheries Science Center in La Jolla, California before joining the NEFSC staff in January 1999. He retired from NOAA Fisheries at the end of March 2018. The awards were presented May 2 during the ASMFC meeting in Arlington, VA.

In a news release announcing the award recipients, ASMFC noted that Jacobson "has greatly advanced the scientific understanding of American lobster biology through his contributions on the Commission’s American Lobster Stock Assessment Subcommittee. In 2004, Dr. Jacobson was one of the lead model developers for the Lobster Model Technical Review. He played an important role in shifting away from the historical Delury stock assessment model to the current statistical length-based approach developed by Dr. Yong Chen. Dr. Jacobson’s extensive knowledge in population dynamics and statistics, combined with his model programming skills, were invaluable during this transition and the continued development of Dr. Chen’s assessment model."

The commission also cited Jacobson's work during the 2015 lobster stock assessment. "Dr. Jacobson took over the assessment responsibilities for the Gulf of Maine stock. Under his leadership, the assessment model was substantially improved to incorporate spatial dynamics within a stock and show changes in climate and stock productivity. These improvements allowed for accurate modeling of the Southern New England stock decline, as well as the rapid increase in the combined Gulf of Maine/Georges Bank stocks. The 2015 lobster assessment could not have been completed in a timely fashion without Larry’s skill and commitment."

The commission noted Larry Jacobson's "willingness to step into a leadership role when needed, his commitment to seeking out and using the best scientific methods available, and his dedication to sharing his knowledge of lobster biology and stock dynamics with his colleagues are several reasons why American lobster is one of our best understood marine species."