Celebrate Habitat Month with us and learn more about importance of marshes and NOAA's role in protecting them. 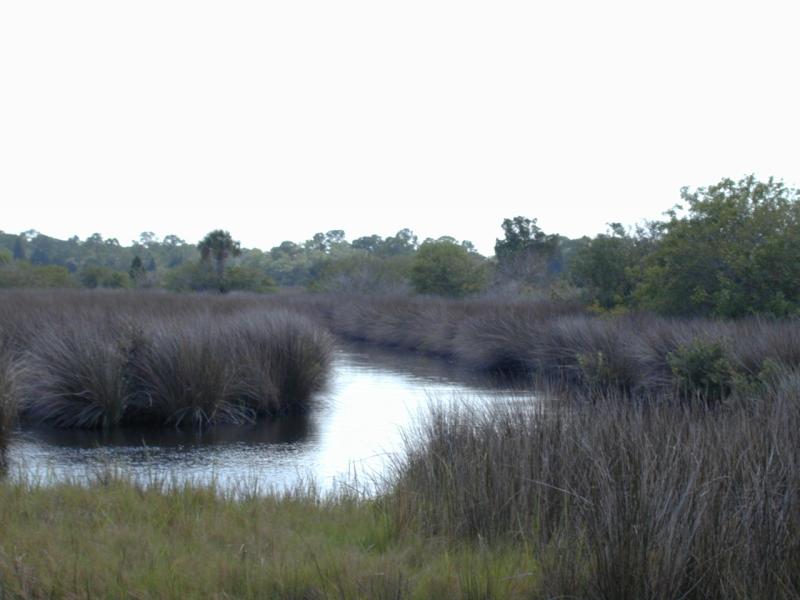 Marshes are crucial habitat NOAA’s Habitat Conservation Division (HCD) protects through its Essential Fish Habitat management authority, and encourages restoration of through its many partnerships. There are three main types of marshes: tidal saltwater, tidal freshwater, and inland (primarily freshwater).  The southeastern US has 47% of all freshwater and brackish wetlands in the lower continental US and most of that acreage is in the state of Louisiana1.

Tidal saltwater marshes occur throughout the Southeast Region’s shorelines at the mouths of rivers.  They support species adapted for life in salty conditions and are always affected by tidal fluctuations.  Tidal freshwater marshes are also affected by tidal fluctuations, but are located farther inland, are most influenced by freshwater than saltwater, and are the most prevalent marshes in North America. An example is the Everglades.

Inland marshes are not tidally influenced and are primarily freshwater.  Common to both tidal and inland marshes, grasses typically dominate the understory vegetation with water-loving tree-species (such as Cypress, tupelo, maple, and ash) dominating canopies.

Every day Americans reap  economic and recreational benefit from wetlands, underscoring the importance of habitat conservation.  Recreationally and economically important uses include: ecotourism, boating, hunting, trapping, birdwatching, hiking, and fishing.  Commercially and recreationally important species like blue crabs, oysters, clams, shrimp, snook, red drum, and seatrout rely on tidal marshes during all, or part, of their lifecycle.   Groundwater supplies, the drinking water source for many communities, are recharged from marshes and other wetlands.  Marsh vegetation naturally improves the water quality of water passing through it by converting dissolved nutrients into plant matter that serves as food and habitat for wildlife.  Chemical reactions within marsh soils alter and sometimes trap chemical pollutants and sequester carbon, positively affecting climate change.

Tidal marshes are crucial to coastal resiliency and offer protection against infrastructure damage and loss of life from storm surge and flooding.  Marshes trap sediments and buffer storm surge. They provide shoreline erosion control to hold and trap sediments in roots and vegetation stands and slow currents forcing them to drop their suspended sediment load - offering storm protection services valued at over $23 billion annually2.

Because of their proximity to uplands and coastal areas, marshes are prime development locations. Up until the mid-20th century, before their value was recognized, Americans converted vast marsh acreage into uplands through filling, leading to dramatic declines in wetland acreage.

We protect habitat through early engagement efforts and participation on interagency project teams or working groups. HCD influences design of proposed projects to improve or enhance marshes, and foremost to avoid impacts whenever possible.  For example3: HCD early engagement in the Potash Corporation of Saskatchewan’s phosphate mine expansion plans improved project design to avoid fish nurseries, preserve almost 2500 wetland acres, and restore 8000 wetland acres.  In addition, we secured extended biological monitoring of the impact and restoration areas to analyze change over time.

We fund the science needed to further refine our understanding of what makes marshes essential habitat. HCD recently funded two marsh studies to be conducted by the Southeast Fisheries Science Center in North Carolina.  One study examines tidal creeks (headwaters to mouth) within marshes as nurseries for commercially and recreationally important species. The study will refine EFH functions for animal life history stages along the salinity gradient – allowing comparison among plots within independent creeks, among creeks, and regionally across the marsh.  The second study examines the EFH functions of tidal Spartina marsh vegetation for fish and decapods.  Both studies will shed light on where larvae, juveniles, and adults are found in the marsh throughout the year and primarily why they are there (food, reproduction, refuge, etc.).