Scientists observed another year of low pup weights during their annual survey on the San Miguel Island rookery off California. 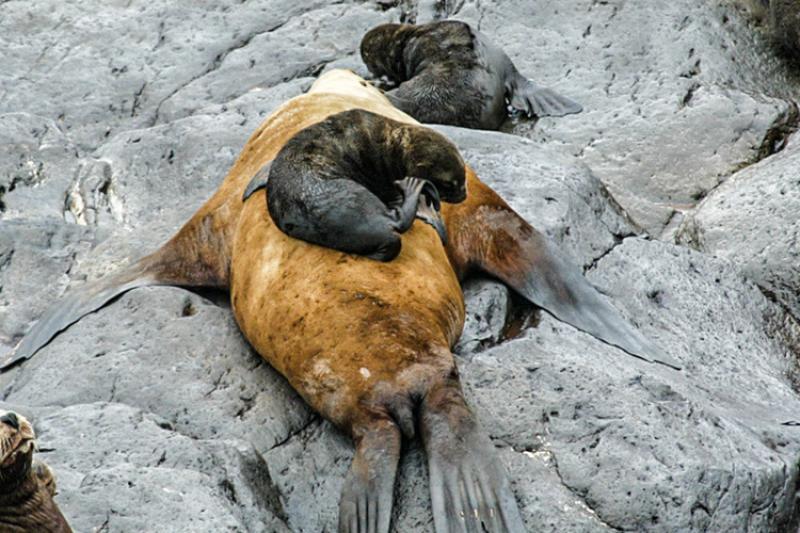 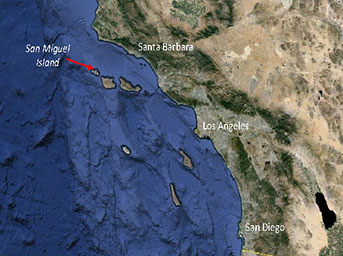 Figure 1. The San Miguel Island rookery off the coast of California.

Scientists observed another year of low pup weights during their annual survey on the San Miguel Island rookery off California, where sea lions and fur seals breed and rear their young (Fig. 1).  In fact, pup weights were among the lowest recorded for the two species in more than 40 years.

Since 2012, the sight of malnourished pups on the island during the autumn surveys has been a precursor to elevated pup strandings along the California coast the following winter and spring.  In the spring of 2015, more than 3,300 pups came ashore, dying or dead, taxing resource-limited stranding response centers across the state. 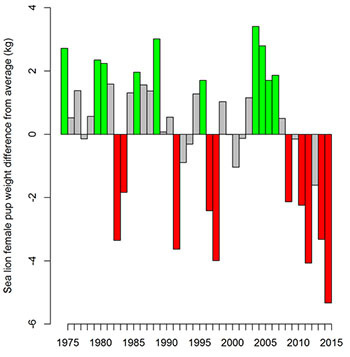 “If last year is any indication of what to expect this year, we’re probably going to see a lot of pups strand unless many die at the rookeries,” said Sharon Melin, wildlife biologist, NOAA Fisheries. “Only this time it is not just going to be California sea lion pups. We’re already seeing unusual numbers of northern fur seal pups stranding in California and we may even see some adults for both species.”

In recent years, both indices have suggested that California sea lions are struggling. In five of the last seven years, California sea lion pup condition has been poor relative to other years. Pup births have been less consistent, but since 2013 have shown a decline as well. 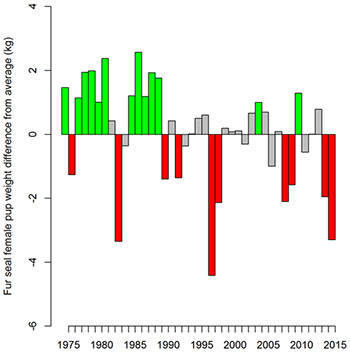 This year, the number of pup births was 43 percent below the highest birth year in 2012.

“Three-month old female California sea lion pups had an average weight of 11.8 kg (about 26 pounds) -- that’s 31 percent below normal and the lowest weights we’ve seen at this rookery in 41 years since monitoring began,” said Melin (Fig. 2).

For northern fur seal pups, the news is equally grim. The average weight of three-month old female pups was 6.6 kg (about 14.5 pounds), which is 33 percent below normal (Fig. 3).  Northern fur seal pup weights were the third lowest in 41 years. The lowest were measured during the 1982-83 and 1997-98 El Niño events.

Three-month old pups of both species are still dependent on their mother’s milk for nutrition. The poor condition of pups means that their mothers are not finding sufficient prey near the rookery to produce enough milk to support pup growth. The core prey species include Pacific sardine, northern anchovy, Pacific hake, rockfish, and market squid. The lack of prey near the rookery is linked to the anomalous ocean conditions persisting along the California coast for more than a year.

Up until two years ago, the conditions mostly affected California sea lions, which feed primarily in the coastal environment. Northern fur seals feed mostly in the offshore environment. The fact that both species are struggling this year indicates that the effects of the unusual ocean conditions on sea lion and fur seal prey are widespread.

NOAA Fisheries scientist Nate Mantua sees struggling California sea lions as indicators for lots of changes taking place in the marine environment.  Notable changes in the past two years include warm water temperatures that have led to shifts in ocean productivity and the distribution of fish species that sea lions and fur seals typically depend on.

“West Coast ocean temperatures have been at or near a record high for over 18 months. We also witnessed a massive toxic bloom from Southern California to Alaska. We expect the extremely strong (tropical) El Niño to cause more West Coast warming in the next six months.”

NOAA’s Climate Prediction Center expects that this year’s El Niño could be one of the strongest on record.

Despite the record number of California sea lion pup strandings last winter, the total population remains healthy. The most recent population estimate is around 300,000 animals. However, at some point, the cumulative effect of consecutive years of high pup mortality will likely result in a decline in the population size.

Melin and her colleagues plan to head back to the island in late January to assess the condition of surviving pups, which by then will be seven months old.