How are Coral Reef Fish Doing in Guam? 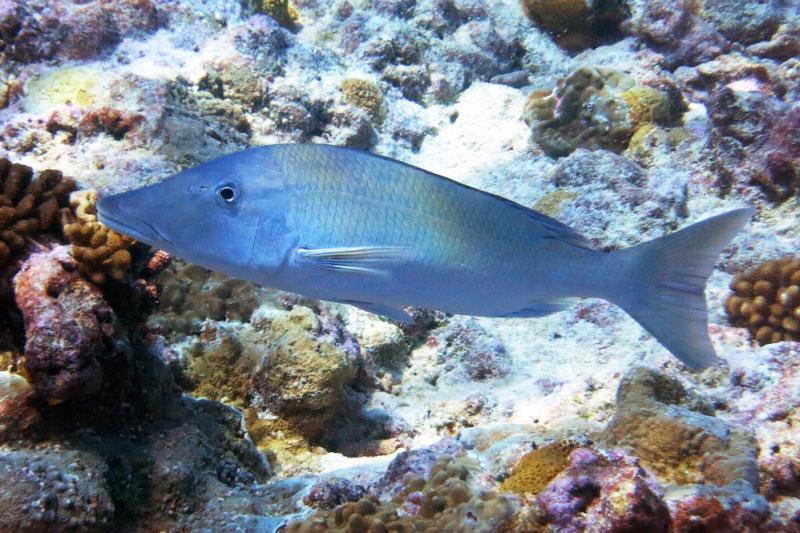 The longface emperor gets its name from its distinctive elongated head. Large emperors like this one are known as “lililok” in the indigeneous Chamorro language of the Mariana Islands. They typically live for more than 20 years. Lililok are popular in fisheries, but their long lifespan makes them vulnerable to overfishing. It has been unclear just how lililok and other popular reef fish populations around Guam are doing—until now.

A new assessment of 12 Guam reef fish species suggests that overfishing is likely occurring for four species, including the longface emperor. Others are in much better condition. "Overfishing" means people are catching more than is sustainable given how many fish there are. This is different from "overfished," which means there are not enough of a certain fish in the sea. This assessment did not evaluate whether reef fish in Guam are overfished due to data limitations.

Many fish species that inhabit coral reefs around Guam are of great importance socially, culturally, and economically. Reef fish are a valuable source of food for local fishermen, hold significance in the Chamorro culture, and draw tourists to explore their underwater habitats.

Despite their importance to fisheries in Guam, there was little information on the population status of species such as the tataga’ (bluespine unicornfish), loru (various parrotfishes), tarakitu (various jacks), and fafa’et (humpback snapper). To determine this information for fishery managers, we collected data on fish numbers, sizes, and biology. We compiled these data from diver surveys, life-history studies, and commercial and recreational fishery catch. 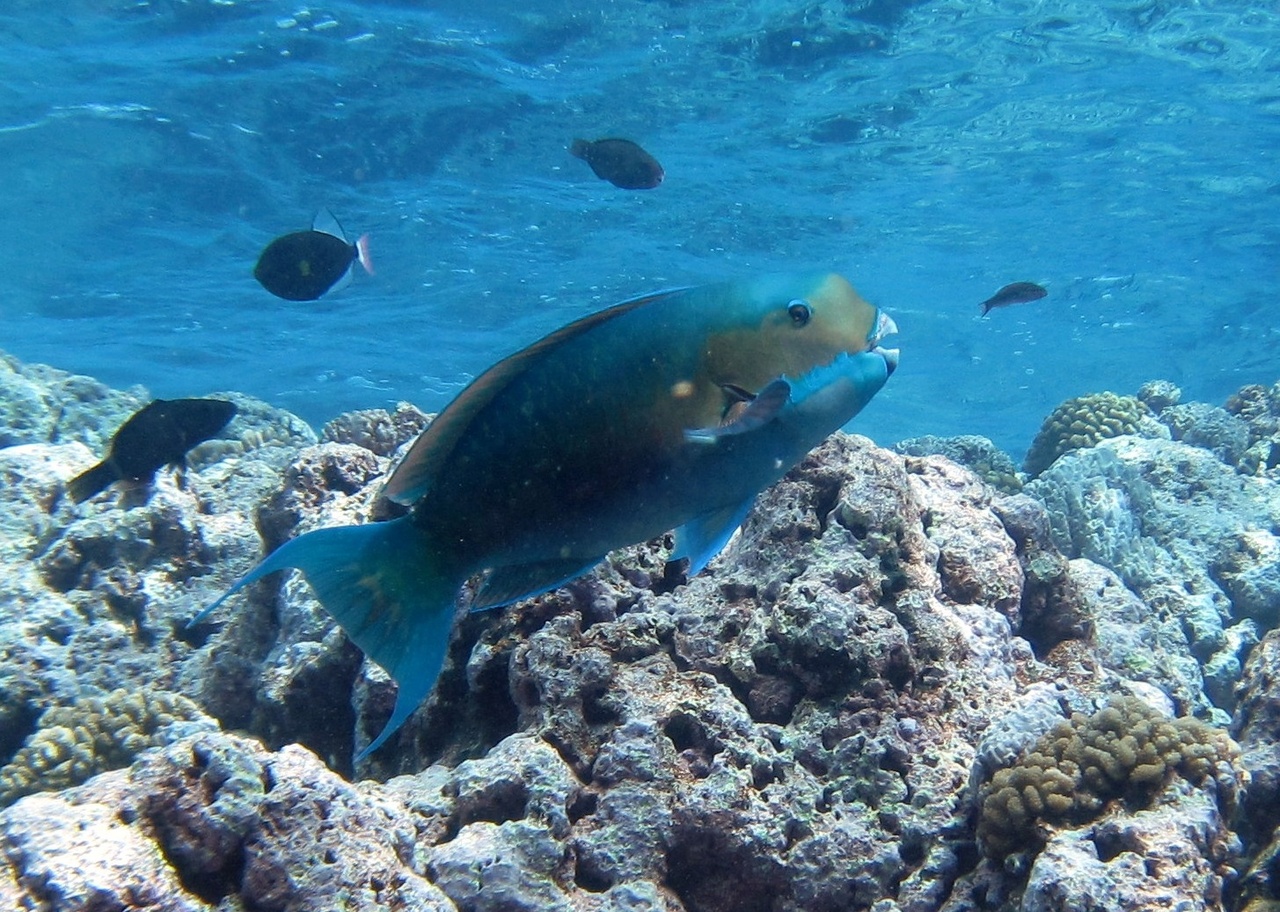 We used the distribution of body lengths of each species to calculate current fishing mortality rates. We combined this information with maximum known age, growth, and maturity data to calculate current stock condition. We then compared those conditions to well-established sustainability guidelines. This allowed us to provide information on which reef fish species are currently threatened by overfishing and to propose options for fisheries management. 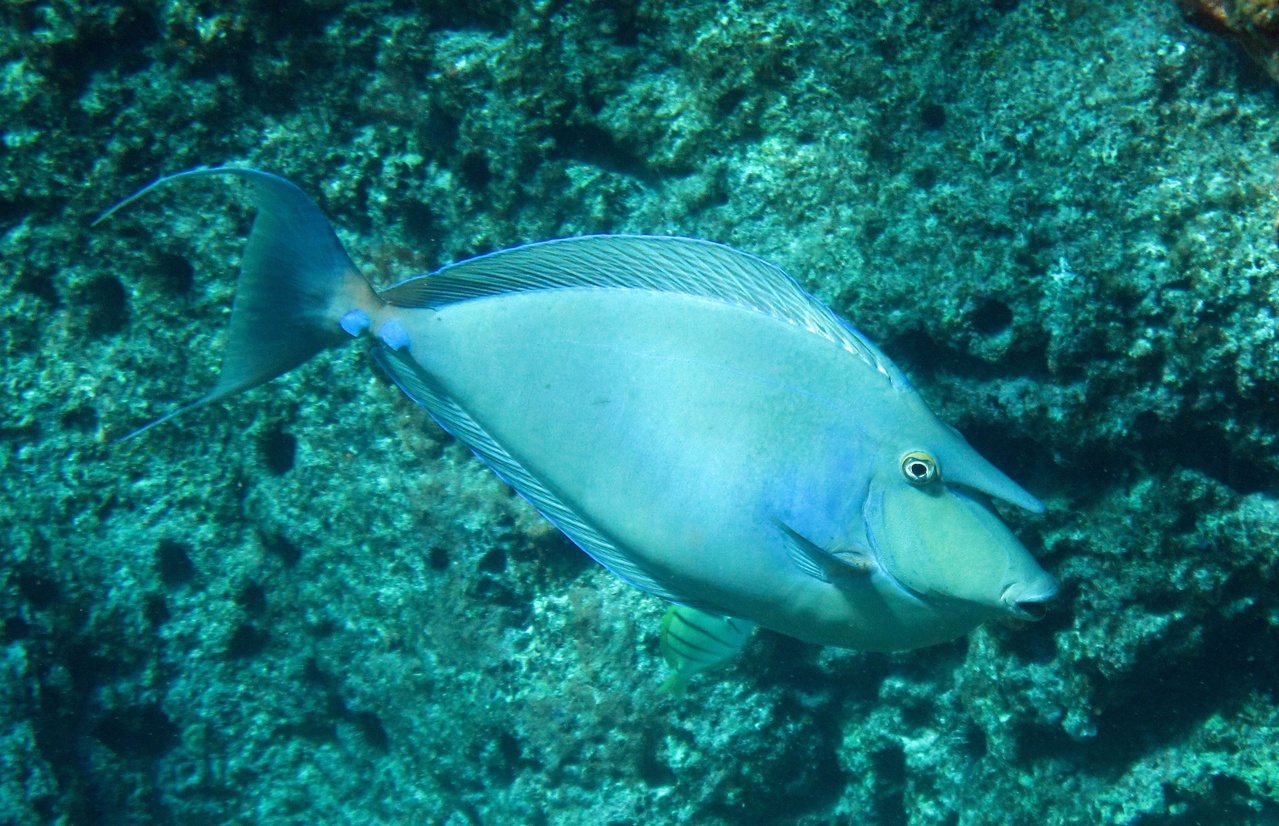 Tataga’ or bluespine unicornfish (Naso unicornis) is a shallow-water reef fish found around Guam. This species of unicornfish is important in artisanal and commercial fisheries throughout the Pacific Islands. Photo: NOAA Fisheries/Kevin Lino

Our findings suggest that some fish species may be experiencing overfishing. Generally, fish that live the longest or fish that are highly targeted by fisheries were in poorer condition. For example, lililok can live for decades, are a popular target for fisheries, and are currently experiencing overfishing. Compare that with species such as the island jack (tarakitu) that only live up to nine years and are in better condition.

Our assessment of 12 economically and culturally important species revealed that four are doing poorly and in need of effective management measures to support recovery:

Ultimately, this assessment generated management options for a range of overfishing risk levels. These options will help managers as they weigh the stock status, in combination with other concerns, to establish management measures.