Learn how students are gaining real-world research experience that's opening them up to a world of possibilities. 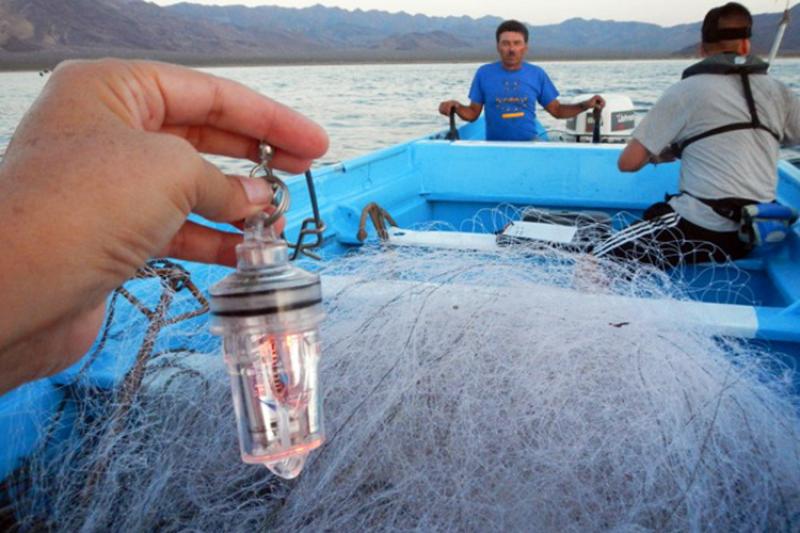 With 40 percent of its population foreign-born, City Heights, a large community nestled in San Diego, CA, is regarded as one of the most ethnically diverse neighborhoods in the United States.

Though rich in cultural resources, the community is poor in financial and educational resources, and students sorely lack robust science and environmental education and opportunities.

But with the help of NOAA Fisheries — including the Pacific Islands Regional Office (PIRO), Pacific Islands Fisheries Science Center (PIFSC), and West Coast Region — and a local non-profit organization called Ocean Discovery Institute, City Heights students are gaining real-world research experience that's opening them up to a world of possibilities.

Based in San Diego, the Ocean Discovery Institute was initially founded in 1999 by Shara Fisler, who holds a master's degree in marine resource management from the University of Miami. "Our goal is to use ocean science to empower young people in an underserved community to become science and conservation leaders," Fisler says.

To accomplish this goal, ODI, which has a number of partners, takes several approaches.

"The first is by reaching out to the community through weekend or afterschool events," Fisler says, adding that ODI's community programs use outreach activities to engage young people, their families, and their neighbors and help them become environmental stewards.

Second, the institute has student programs that provide early, continued exposure to science. Program staff and scientists bring in lessons, equipment, and expertise to teach students about science in the classroom and out in the field.

The final approach, Fisler explains, is a leadership initiative in which ODI provides the tools, services, and support — through a series of after-school and summer programs — to help interested students become ocean leaders.

As part of the leadership initiative, selected students spend 5 weeks during the summer at ODI's research platform in Baja California in Mexico, where they conduct ocean science research alongside scientists and mentors.
An Impactful Partnership

NOAA Fisheries originally got involved with ODI about a decade ago, when Fisler approached PIFSC scientist Yonat Swimmer, who — with help from PIFSC's John Wang and others — was working to develop tools and techniques to mitigate fisheries bycatch (the unintended and unwanted catch during commercial fishing), particularly sea turtle bycatch.

Aside from NOAA providing financial support for the project, NOAA scientists and staff (including Swimmer and Wang) help out with the summer leadership initiative, providing mentorship to the students while they conduct their research and giving presentations that expand the students' worldview.

Two summers ago, Kelly visited the Baja California research platform for a week to see firsthand how the program works. She and other visiting scientists went out with the students on boats, mirrored them, and helped them as they conducted their bycatch mitigation research.

One of the strategies the students were testing, she explains, was if light sticks could deter sea turtles and other animals from fishermen's nets. For this experiment, they worked with fishermen to put out paired experimental nets — one with light sticks and one without — to see the effect the lights had on bycatch rates overnight.

"That was really impactful for everybody to see the kids and the fishermen working together," Kelly says. "They had to set gear, pull line, and handle fish. Basically do everything that a fisherman does. It was really eye opening for all of us to see them understand the fishing process, including the unintended consequences of bycatch, and all that goes along with it." 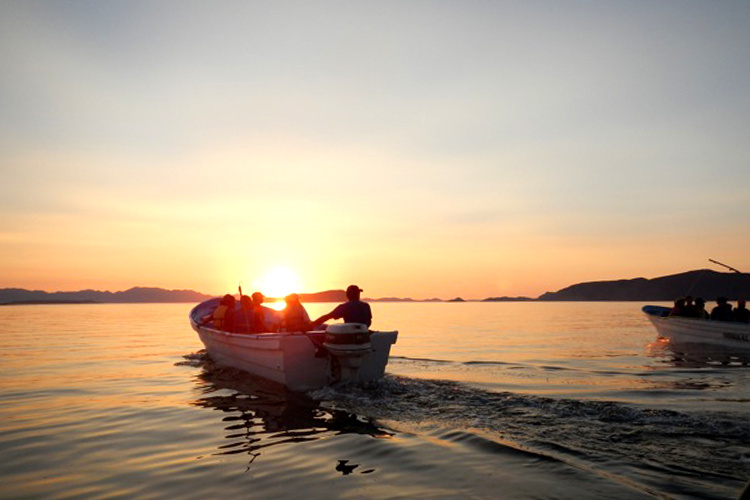 Students and their mentors were involved in all parts of the sea turtle bycatch research, including retrieving the nets for data collection.

Kelly also gave a presentation in which she described how research, such as the project the students were working on, fits into NOAA's fisheries management structure and mission to reduce protected species bycatch, helping them to connect the dots between research and management. And as a first-generation America like many of the students, Kelly was also able to connect with the students on a different level.

"There were some synergies there," Kelly says. "It was cool for them to understand that I'm in a professional career and come from the same challenges they now face as high schoolers."
Positive Outcomes

The ODI students' research showed that managers could cut sea turtle bycatch in gillnet fisheries by around 50 percent just by using light deterrents. NOAA Fisheries is now exporting the technology developed under experimental conditions to various global operating fisheries, such as in Chile, Peru, and Indonesia, Kelly says.

The students are now researching other sea turtle bycatch mitigation strategies, such as using acoustic deterrents, which have promising preliminary results.

Through its various programs, ODI also appears to be achieving its goal — 100 percent of students who go through the leadership program attend college, and up to 70 percent of them choose to major in science or conservation fields, Fisler reports.

Many of these students have gone on to find careers in these fields, and some have even found their way back to NOAA Fisheries, such as Khanhchi Dam, who worked in PIRO's Observer Program in 2015.

"We're now getting science professionals coming out of this community and this program," Kelly says. "It's pretty amazing."