International Cruise to Track Salmon Comes to an End 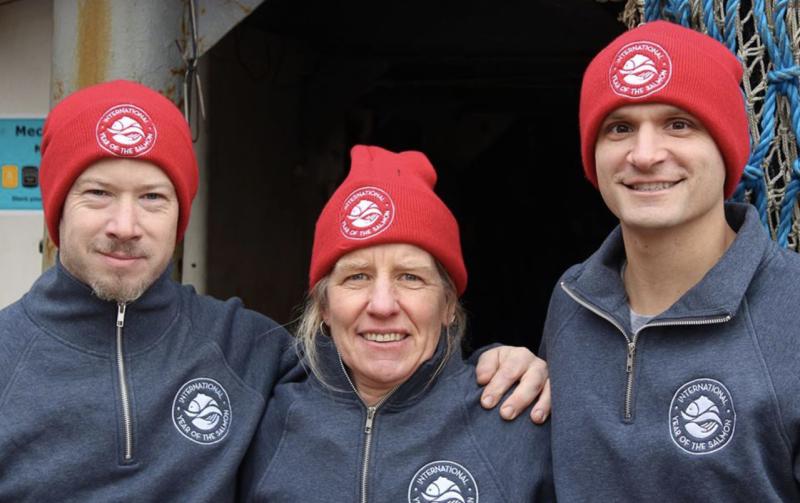 A month-long international cruise to track salmon in the Gulf of Alaska ended on March 15 as the Russian research vessel Professor Kaganovskiy pulled into port in Vancouver, BC. Over 20 scientists from five Pacific Rim countries, including NOAA Fisheries researchers from the Alaska and Northwest Fisheries Science Centers, took thousands of samples at sea, which will be analyzed over the coming months.

The expedition is the first in decades to study salmon in the high seas. NOAA has three scientists on this expedition that included researchers from five countries--Japan, Korea, Russia, the United States, and Canada--who are collaborating on a study to try to solve the fundamental mystery of Pacific salmon: What determines whether they live or die? Salmon supports important commercial, recreational, and subsistence fisheries in Alaska and beyond. Yet the open ocean has largely remained a "black box" to scientists searching for better tools to predict salmon returns to West Coast and Alaska rivers.

The scientists were surprised to see that the second most abundant species of salmon in the catches was coho. Scientists believe coho stay in coastal areas in the winter; instead they have been found thousands of kilometres away from the coast in the open ocean. The researchers have also been able to determine these coho are from rivers ranging from the Puget Sound to northern British Columbia using groundbreaking new DNA technology. The team was also surprised that pink salmon, the most abundant species of Pacific salmon, has composed only 10% of their catches. Pink salmon are supposed to be particularly dominant in odd years, making their absence especially notable.