Jamie talks about his path to NOAA, recounts a mission to disentangle a humpback whale, and explains what Whale Week means to him. 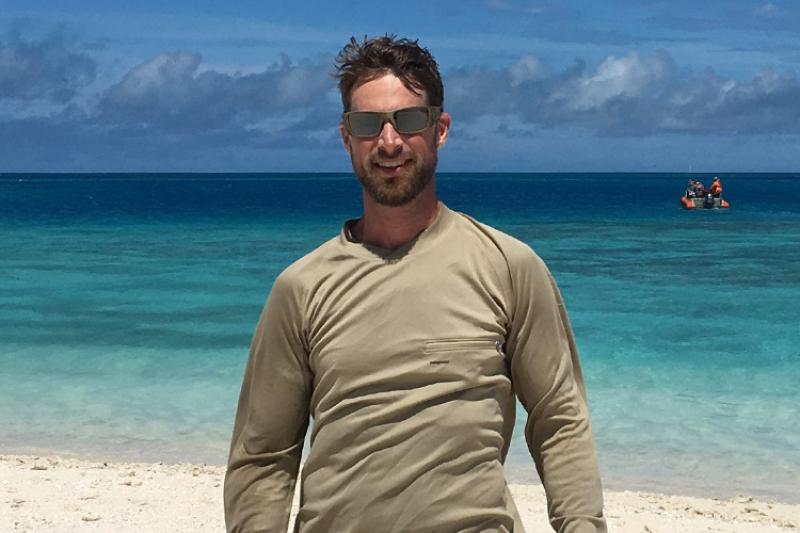 What is your role in NOAA?

I serve as the Kauaʻi marine mammal response program coordinator working at the NOAA Fisheries Pacific Islands Regional Office. My work typically includes attending to sick or injured monk seals, managing whale and dolphin stranding events, and assisting whales entangled in ropes and marine debris. I mostly focus on coordinating the management of daily monk seal haul-outs when they rest on the busy beaches of Kauaʻi.

Were you always interested in marine mammals? Was there anything that sparked this passion?

Going camping with my family and reading Ranger Rick—a children’s nature magazine published by the U.S. National Wildlife Foundation—as a young boy got me hooked on the natural world. This eventually led me to study forestry in college. After college, however, I spent 4 years at sea in the Navy, and that’s when my passion for the ocean was sparked. Whales, dolphins, ocean sunfish (Mola mola), and flying fish were common sightings while standing bridge watch. (That's a naval duty that involves keeping a lookout on the surroundings and making sure the ship navigates safely.) It was by far my favorite part of being at sea.

How did you get where you are today?

Once I left the Navy, I knew a career related to the ocean was what I wanted. However, getting into this field can be daunting. I lucked out and was hired as an entry level aquarist (someone who cares for the marine life in an aquarium) at the Alaska SeaLife Center. While there, I was given opportunities to work with marine invertebrates, fish, seabirds, seals, and sea lions. They also supported my graduate research work on Dungeness crab physiology through the University of Alaska. That culminated in a research position at the Center studying the physiology of Steller sea lions and Weddell seals. This species recovery work entailed the capture of wild sea lions in Alaska and seals in Antarctica to assess various health parameters and attach biologgers to monitor movement, dive behavior, and long-term survival rates. These experiences prepared me for the challenging work at NOAA managing marine mammal strandings and leading Hawaiian monk seal recovery efforts on Kauaʻi.

The person that most influenced me in this field is Richard Hocking, the longtime aquarium curator at the Alaska SeaLife Center. Richard hired me for my first job in marine science. His enthusiastic and encyclopedic knowledge of all things marine was highly contagious and inspired many of us young biologists to dedicate our lives to this field. Sadly, Richard recently passed away, but he will always be remembered as a truly inspirational mentor and friend who had a great impact on everyone who met him.

As part of your job, you occasionally deal with entangled or stranded whales. Do you have any recent stories to share?

Recently, an adult female humpback whale was observed near Kauaʻi with thousands of feet of heavy rope trailing behind it. Our Kauaʻi team quickly responded and found her near the Poʻipū coast, resting on the sandy bottom in 50 feet of water. She was surfacing every 10 minutes for several breaths before slipping back to the bottom. This unusually calm behavior allowed us to slowly and safely cut away 2,000 feet of thick (5/8-in diameter) line. The remaining line was too close to the powerfully dangerous tail to remove without additional expertise from the Maui team. So, we attached a telemetry buoy to the remaining line to track and relocate the whale in the following days.

This task proved to be a challenge. The whale started swimming fast circles around Kauaʻi, and then Ni’ihau. We made several attempts to catch up to her, but she eluded us each time—and then the telemetry buoy self-released on day 10, as designed. Our team stood down, knowing that the chances of finding her again were very slim. However, late on a Friday afternoon, 13 days after our initial response, she was seen by an air tour company near Kauaʻi in calm waters.

Our NOAA team got underway as fast as possible. It took the combined efforts of an airplane pilot, a good samaritan vessel, and a drone operator to keep eyes on the whale until we arrived. With sunset approaching, we observed her remaining close to the surface and swimming slowly. We were sad to see that she had lost even more weight and was now completely covered in whale lice, indicating that her chances of survival were declining.

Using underwater videography, we were able to get a clear look at how the whale was entangled—the line was in the mouth and trailing from the left side. Our only option was to trim it as short as possible and hope that she could spit the rest out on her own. We used a specialized cutting grapple that allows us to hook into and cut line from a safe distance. We were able to make several cuts, removing an additional 300–500 feet of line. On our final cut, we removed all but about 12 feet of line coming from the corner of her mouth, hopefully increasing her chances of survival.

What does Whale Week mean to you?

It’s always fun to talk about whales, and this just gives us a good excuse to share with others how fascinating these creatures are. Some of my favorite whale facts include:

We still have so much to learn about whales—so far we have only scratched the surface.

It’s also important to celebrate the conservation successes of many whale species that were hunted to the brink of extinction. After protections were put in place in the 1970s with the Marine Mammal Protection Act and the Endangered Species Act, many populations have bounced back and are thriving today. But some populations and species continue to struggle for survival, so our work is not done. 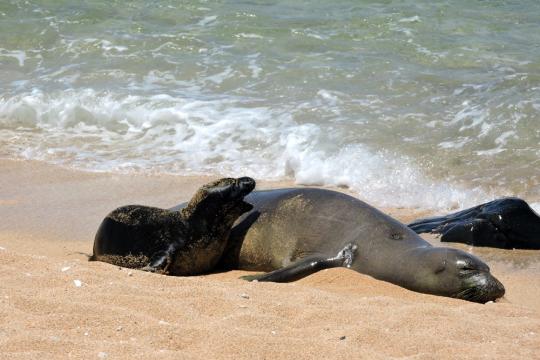