The Mysterious Kona Crab and its Sustainable Fishery

Researchers assessed the status of the main Hawaiian Islands stock, and the results are good. 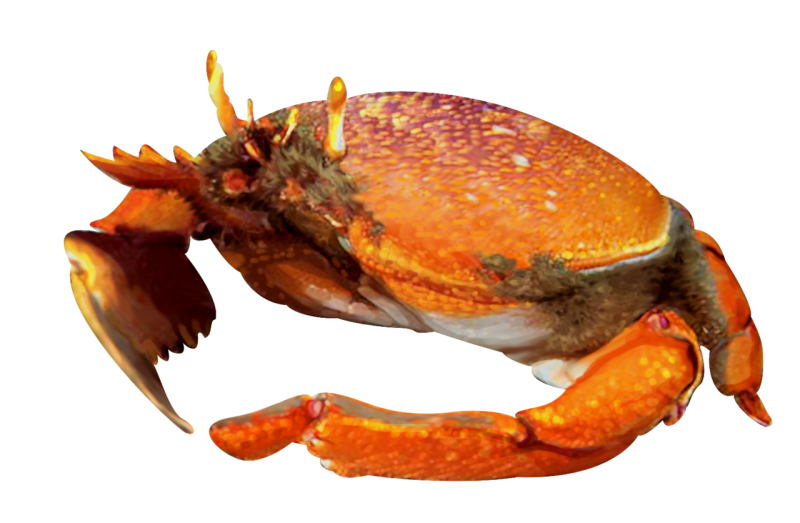 Have you ever heard of a Kona crab? Unless you’ve had the good fortune of feasting on them at a gathering of family and friends in Hawaiʻi, you probably haven’t. Kona crab (Ranina ranina, also called "spanner crabs" in other parts of the world) are reddish-orange, squat crabs that live on the sandy ocean bottom where they burrow to hide from predators. They have a mild flavor, and are often cooked simply boiled or Chinese style with ginger, green onions, salt, and white pepper. Given that they reside at deeper depths during the fishing season and are highly perishable once harvested, Kona crabs rarely make it to your local seafood counter. However, according to a recent assessment, the stock is doing well! 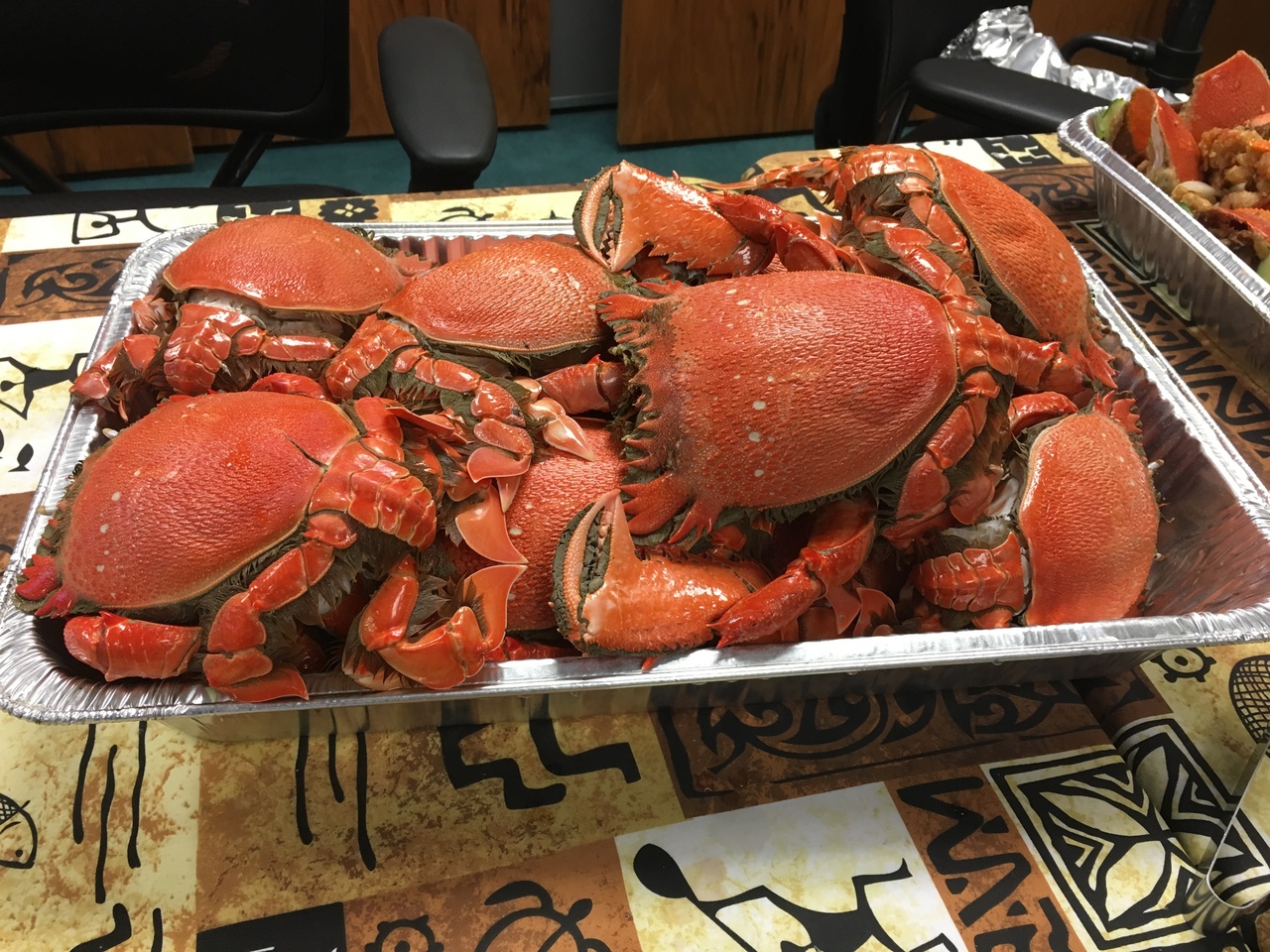 Although now a relatively small commercial fishery, Kona crabs have been fished in Hawaiʻi since near the beginning of the 20th century. They're caught using hoop nets (usually 24 to 30 inches in diameter, with 1-centimeter to 1-inch mesh). The hoop nets are baited and deployed in tethered daisy chains over sandy bottom. Some Kona crabs will emerge from the sand and quickly find the bait, their spiny appendages entangling them in the net. Then, depending on whether fishermen or marine predators can get to the crab first, someone gets a meal. The Kona Crab Project video footage shot by our partners shows what happens when it’s the latter!

So how is the Hawaiian Kona crab fishery doing? NOAA scientists at the Pacific Islands Fisheries Science Center conducted their first stock assessment of the main Hawaiian Islands Kona crab fishery. Published in February 2019, the assessment used data from 1957 through 2016. It builds upon a previous analysis, adding 10 years of commercial fishery data, and accounting for management changes since 2006. It used the newly developed stock assessment tool, Just Another Bayesian Biomass Assessment (JABBA), a cutting-edge and transparent tool developed by NOAA scientists along with international partners in 2018. The United States officially used JABBA for the first time on a domestic species in this Kona crab assessment. The results of this assessment show that Kona crabs are abundant in the waters around Hawaiʻi, are not overfished, no overfishing is occurring, and recent catch levels are sustainable. Even better, the stock could withstand increased fishing activity.

NOAA and its partners at the Western Pacific Regional Fishery Management Council were prompted to investigate Kona crabs further in 2015 when a study found that the stock might be in trouble. In that study, the analysis stopped in 2006 because researchers weren’t sure how the 2006 Hawaii state ban on female crab harvest impacted the fishery and Kona crab stock moving forward. In order to advance the science, they needed to answer two questions: (1) how many females are caught, and (2) do they die after they are released back into the water? The Council contracted a study that found the catch is 51 percent female, and most females (about 89 percent) survive after release. NOAA incorporated this new information into the 2018 benchmark stock assessment.

NOAA researchers will present the results of the assessment at the Council’s meetings in March, where federal fishery managers will discuss the results and decide whether and how to make recommendations on federal Kona crab management measures.​​​​​​