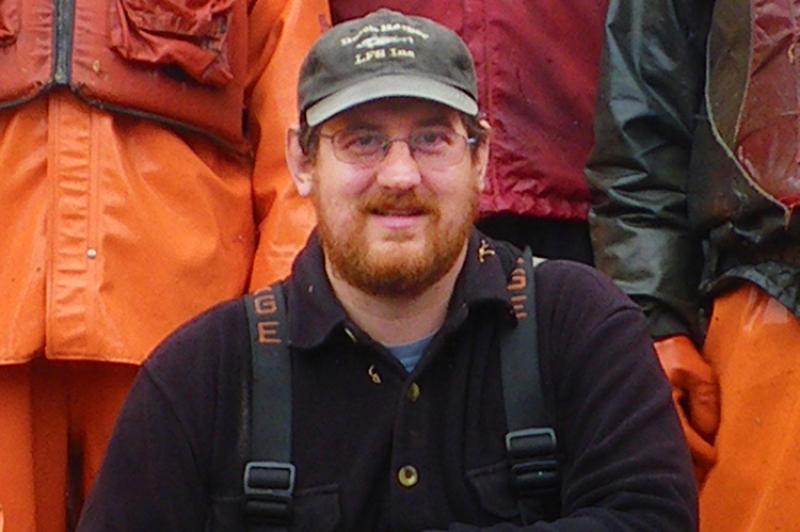 NOAA Fisheries is pleased to announce the selection of Dr. Lyle Britt to the position of Resource Assessment and Conservation Engineering Division Director for the Alaska Fisheries Science Center.

“We are very fortunate to have Lyle step into this new leadership role at the Center,” said Robert Foy, director, Alaska Fisheries Science Center. “He brings to the position a breadth of experience, first-hand knowledge of survey operations, and an approachable, collaborative leadership style that has earned him the respect of his staff and colleagues as well as the diverse stakeholder groups we serve.”

Britt has been with the Alaska Fisheries Science Center for 23 years. Most recently, he served as supervisory fisheries research biologist, managing a team of 14 scientists and support staff. He oversaw and coordinated the survey team responsible for the eastern Bering Sea shelf, eastern Bering Sea slope, and northern Bering Sea bottom trawl surveys. He was responsible for the staffing, logistics, and coordination of the surveys. He coordinated with other NOAA line offices, collaborators, Alaska’s coastal communities, and outside researchers on scientific project implementation during the surveys. He also served as a chief scientist on the vessels during survey operations.

In addition to his survey responsibilities, Britt is also a leading researcher in the study of light and optics in the ocean. His studies involve examining the effect of light on marine organism visual capability and behavior.

Britt began his federal government career in 1989 as a fisheries technician at the Darrington, Washington Ranger Station for the U. S. Forest Service.

He later worked for the National Park Service at Olympic National Park as a fisheries biologist. In this role, he worked with Tribal governments as he conducted early baseline studies for the anticipated removal of the Elwha river dams. He was also engaged in Tribal consultations associated with shellfish management within the park.

In 1996, he spent five months as a visiting scientist at the Shellfish Research Laboratory, University College Galway in Ireland. While there, he provided recommendations to the Irish government on the development of new shellfish aquaculture practices funded by the European Union. He then joined NOAA Fisheries Northwest Fisheries Science Center before ultimately moving to the Alaska Fisheries Science Center.

Britt also serves as affiliate faculty and advises students at the University of Washington, Friday Harbor Labs, and Western Washington University. Over the years, he has taught various courses including fisheries statistics, marine fish ecology and functional morphology, marine fish early life history, and a research apprenticeship in ecology and development of visual systems in marine organisms. He has mentored 23 undergraduate students, five MS students, and two Ph.D. students.