A NOAA Fisheries partnership is developing imaging technology for drones that could significantly reduce cost, risk, and disturbance in marine mammal surveys. 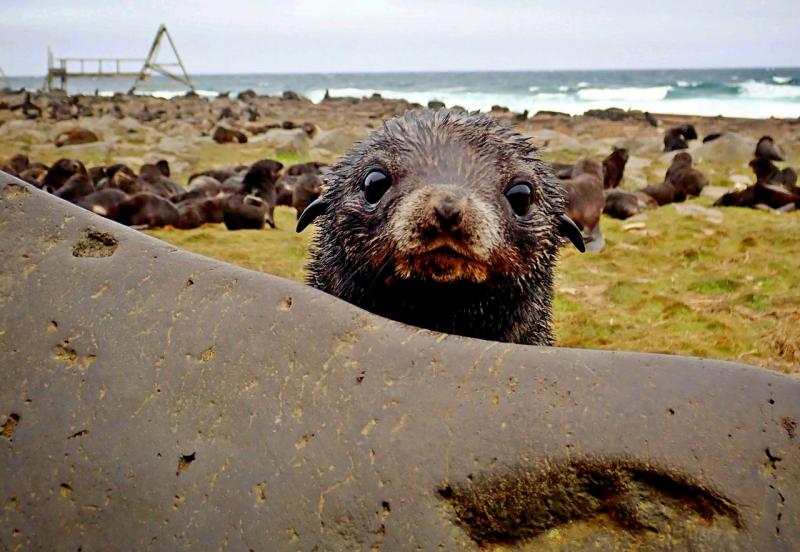 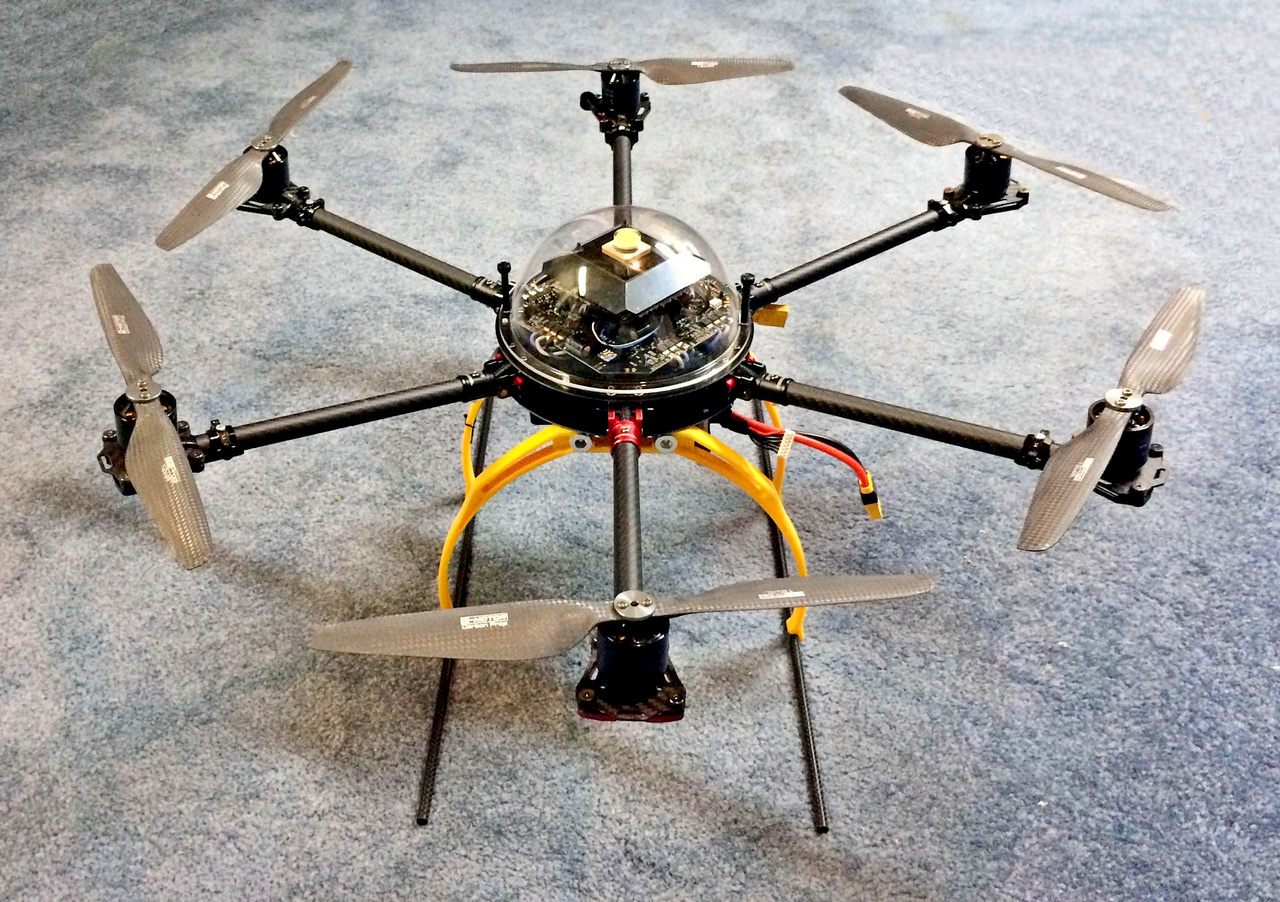 Scientists are developing advanced imaging technology that will enable drones to collect information essential for managing Alaska’s depleted northern fur seal population. This innovation will dramatically reduce the expense and risk of monitoring fur seals, and virtually eliminate disturbance to this sensitive population.

“We were lucky to have partners who were experts in uncrewed aircraft systems (drones) and imaging technology join us on this project,” says Katie Sweeney. Sweeney is the marine mammal scientist leading the study for the Alaska Fisheries Science Center’s Marine Mammal Laboratory.

Fur seal pups are difficult to count from a visual image (left), but show clearly in a thermal image captured from a hexacopter.

The Pribilof Islands in Alaska were once home to about 75 percent of the world’s northern fur seals. Populations have shown a dramatic, unexplained decline in recent decades. In 2016, pup production was the lowest recorded in 100 years.

Monitoring the abundance of northern fur seals is essential for protecting and rebuilding the population. Because adult fur seals spend much of their time in the water, the most reliable method for estimating population abundance is based on the number of pups, which remain on land until they are old enough to swim.

NOAA Fisheries has been surveying northern fur seal pups since 1963. At present, Pribilof Island surveys are conducted every two years. These trips are costly, requiring 15-22 people to be stationed on the islands for up to three weeks. The surveys require walking through and clearing the rookeries of adult fur seals to allow scientists to safely handle and temporarily mark pups. NOAA Fisheries would like to develop a method that reduces both the number of people required on site and the disturbance to the seals, associated with the survey. 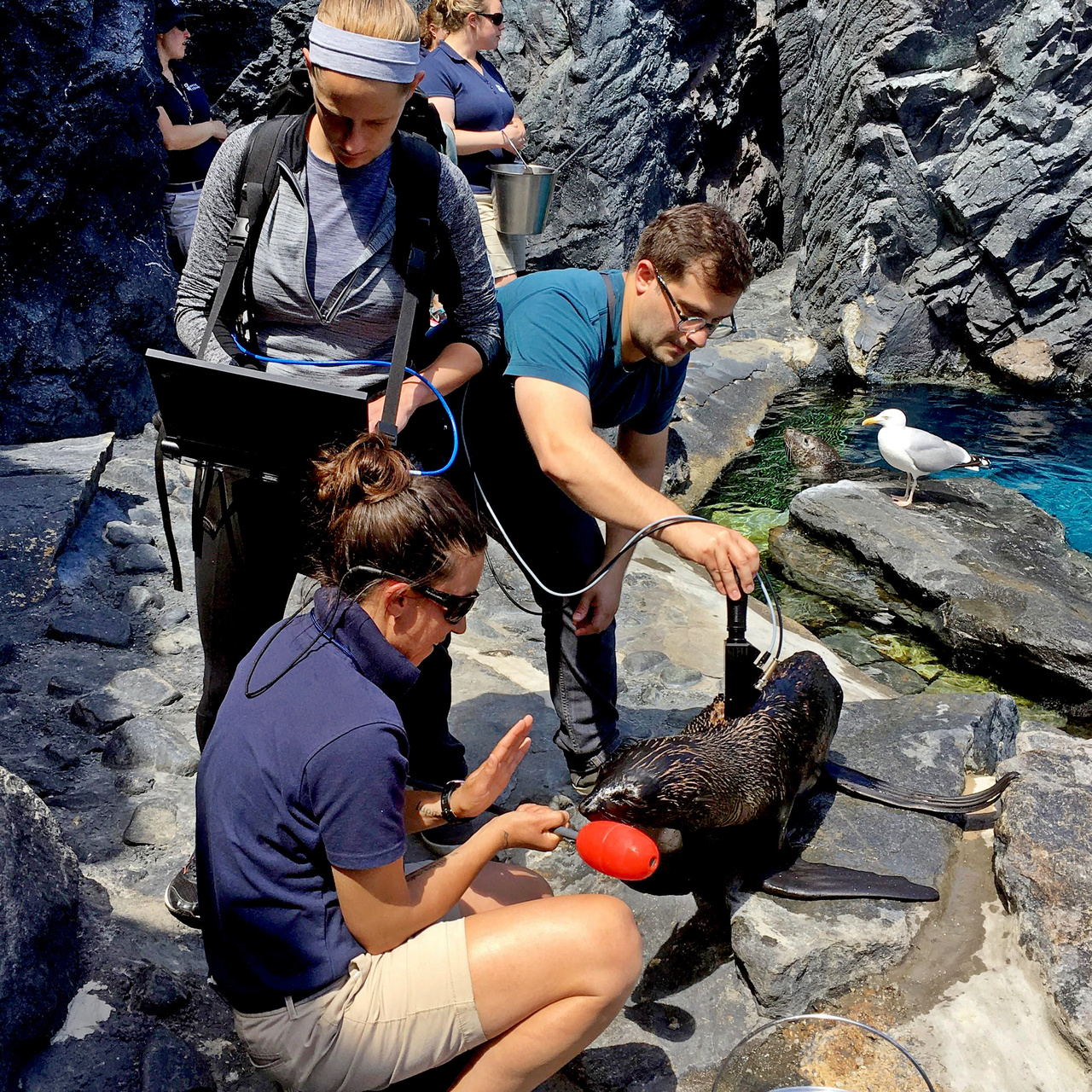 To address the challenges of surveying marine mammals in remote areas, either on the ground or with occupied aircraft, NOAA Fisheries turned to drones. Drones have been successfully used to augment annual abundance surveys of endangered Steller sea lions since 2014.

“While Steller sea lions are fairly easy to count from photographic images because of their size and color, northern fur seals—especially pups—are hard to see since they blend in so well with the background,” says Sweeney.

To overcome that obstacle, Sweeney’s team is assessing thermal or multi-spectral (targeting a custom range of wavelengths) imaging. They want to see if these options can effectively distinguish fur seal pups from their background.

Sweeney and GeoThinkTank began with a trip to Mystic Aquarium. Fortunately, NOAA’s National Environmental Satellite Data and Information Service was able to loan their spectroradiometer, which is used to measure spectral measurements of the targets (northern fur seals) and the background (rocks, sand, grass, etc.).

“We are grateful to have had the opportunity to work with professional trainers and practice these methods with the cooperative fur seals at Mystic Aquarium. Working with wild fur seals is a very different experience and we wanted to be as prepared as possible for the harsher and more unpredictable field conditions in Alaska,” Sweeney explains. 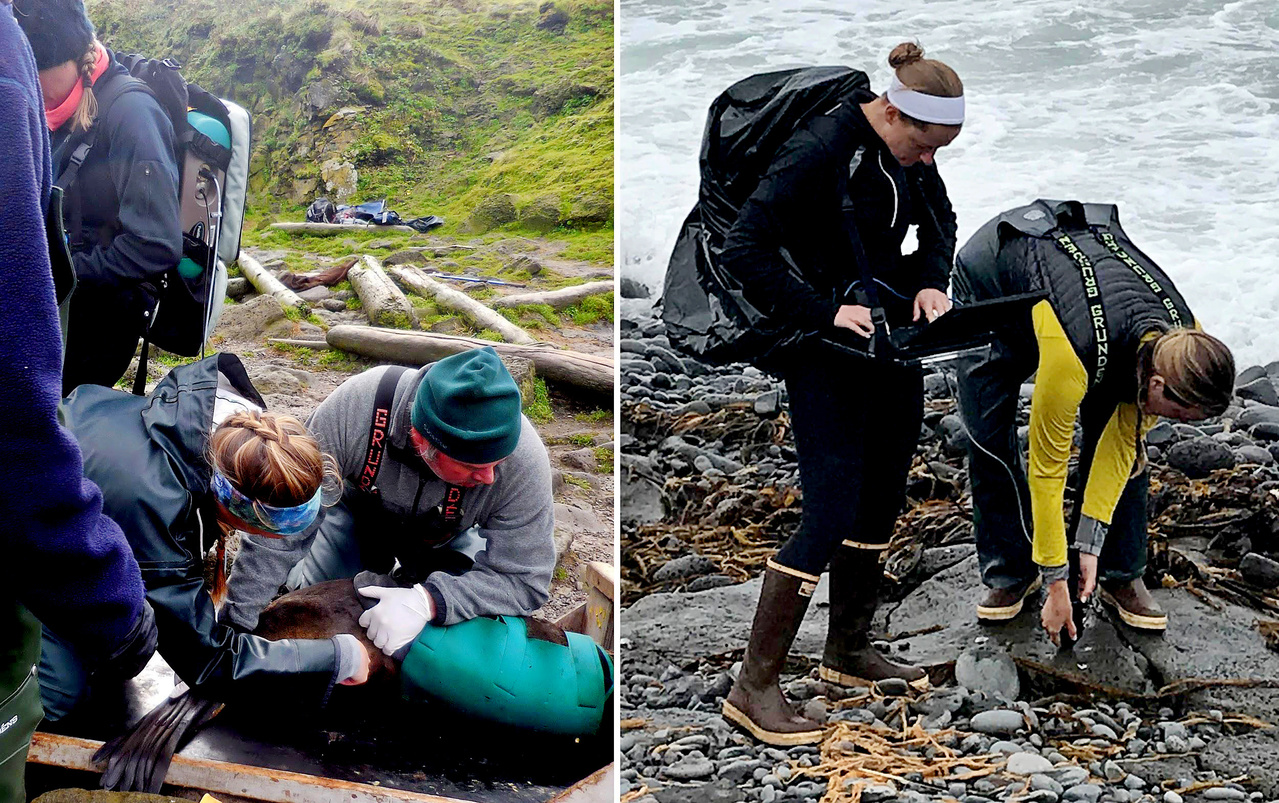 Next they took their collection to the field. During the regular 2018 northern fur seal survey, the marine mammal scientist team worked with GeoThinkTank to collect spectral signatures of fur seals and the background (rocks, sand, grass, etc.). “Collecting spectral measurements on plants and soil is standard procedure—for calibrating satellite imagery, for example. But as far as we know, this has never been done for wildlife before,” Sweeney says. “If we can identify optimal wavelength bands to identify northern fur seals from the background, this will guide our next steps towards developing a custom sensor to mount on the drone.”

During this same trip, the team conducted redundant aerial surveys with a thermal sensor and a high-resolution digital camera mounted to the hexacopter.

“I’ll be processing these images so we can count fur seal pups from photographic and thermal images, and then we can compare these aerial counts to our ground estimates,” says Sweeney.

Once they determine the best sensor option, they will explore the possibilities for a drone that can handle long flight times with an optimal sensor payload.

At that point the team hopes to make headway in achieving their goal: to replace and improve on the current standard survey method.