Under federal law we are responsible for monitoring the status and trends of northern fur seal populations in Alaska and California to provide information needed for their management and conservation.

The Pribilof Islands in Alaska were once home to about 75% of the world’s northern fur seals, but populations have shown a dramatic unexplained decline in recent decades. In 2016, pup production was the lowest recorded in 100 years.

Our research on the population dynamics, biology, health, distribution, and movement patterns of northern fur seals provides information crucial for understanding and protecting fur seal populations. We study how northern fur seals are influenced by environmental changes, and what their roles are in Alaska and California marine ecosystems.

The largest northern fur seal breeding population is found on the Pribilof Islands in the southern Bering Sea. Other rookeries are on Bogoslof Island in the Bering Sea, San Miguel Island and the Farallon Islands in California, and in Russia.

Keeping track of how many northern fur seals there are from year to year is essential for managing and protecting them-- but counting seals is not easy. We estimate fur seal populations from the number of pups. Young pups are more reliable to count than adults because they remain on land until they are old enough to begin swimming to forage. At California rookeries, all pups are counted directly. Because of the great number of seals in the Alaska colonies, pups there are subsampled to estimate the total number. For all locations, the whole fur seal population is extrapolated from the number of pups, based on known survival rates. 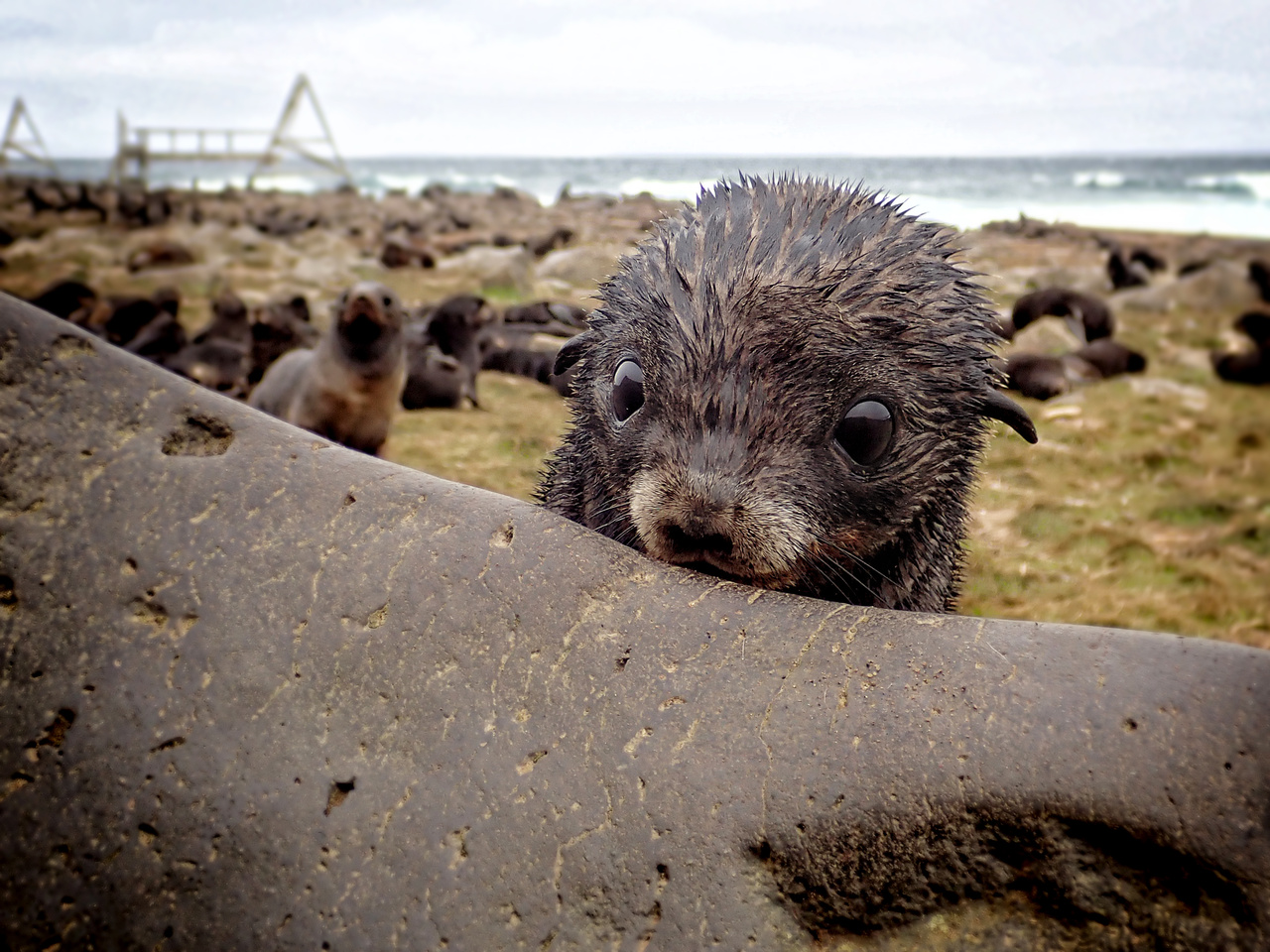 Northern fur seals spend most of their time in the water where it is difficult or impossible for us to track their behavior by direct observations. We tag northern fur seals and track them using radio and satellite telemetry to observe their foraging behaviors, distribution, attendance patterns (time on land and at sea), migration patterns, and emigration and immigration. We also can use satellite telemetry information coupled with remote sensing data to examine how environmental variables affect northern fur seal behaviors. This information is essential for us to effectively monitor and protect northern fur seal populations and critical areas. 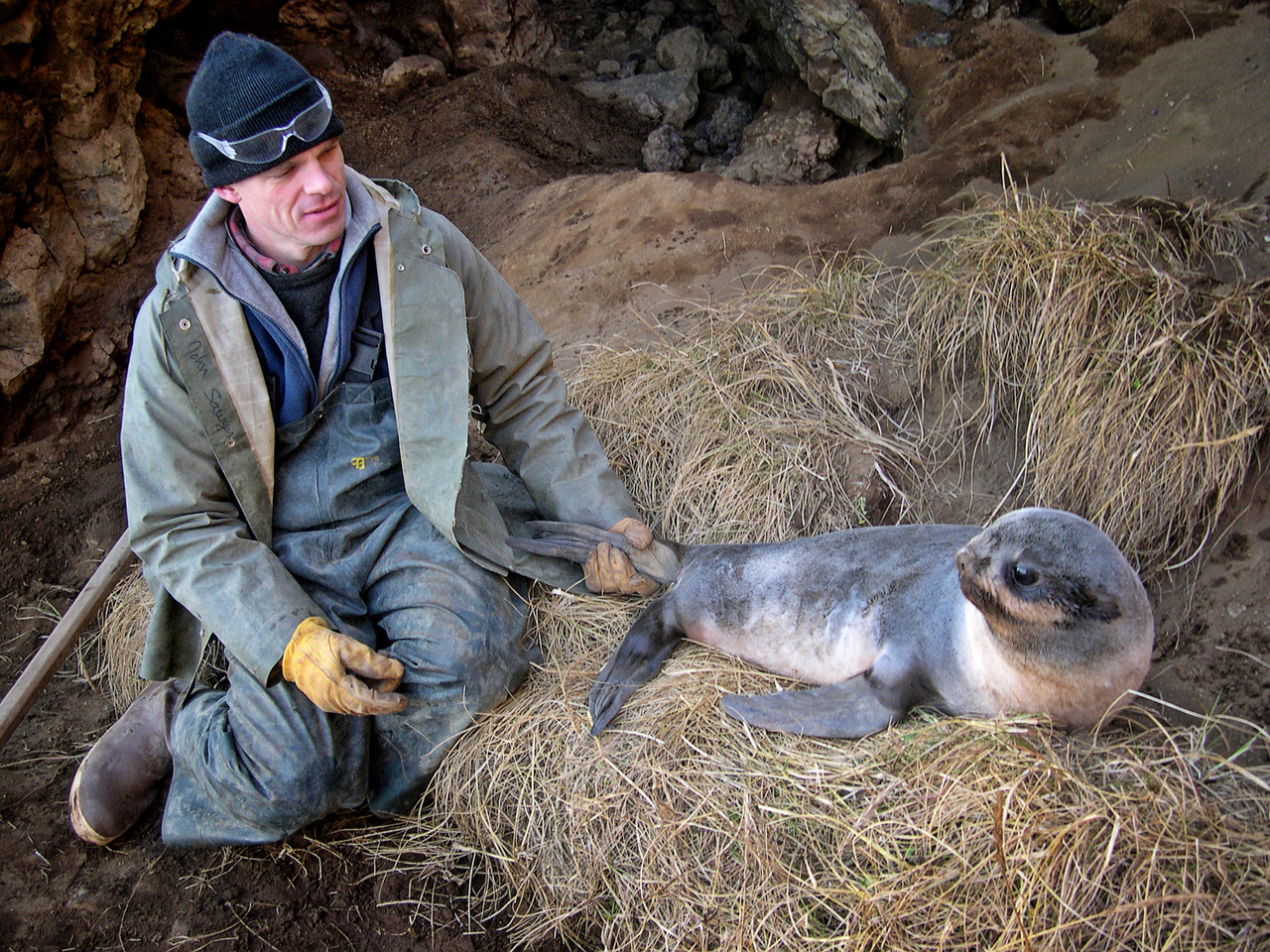 The diet of northern fur seals--the species, size, and amount of food they eat-- tells us about their health condition, habitat use, interactions with commercial and sport fisheries, and competition for food among themselves and with other predators. We need to know what northern fur seals eat to understand their role in marine ecosystems.

One method we use to find out what seals have been eating is to collect and examine their scats. Prey hard parts, such as fish bones and squid and octopus beaks, are retrieved from the fecal samples to identify prey types. Prey size can also be estimated from measurements of otoliths and beaks.

More recently, we have been using stable isotope analysis of tissue samples to augment the conventional technique of examining scat samples. In particular, the abundance of naturally occurring stable isotope ratios of carbon 13C/12C and 15N/14N allows us to determine northern fur seal foraging locations and their position in the food web (what they eat and what eats them), respectively.

Vital rates include growth, survival, and reproductive rates. We determine vital rates by marking individual animals and observing them multiple times throughout their life. Understanding vital rates are critical to monitoring the population dynamics of this unique species. 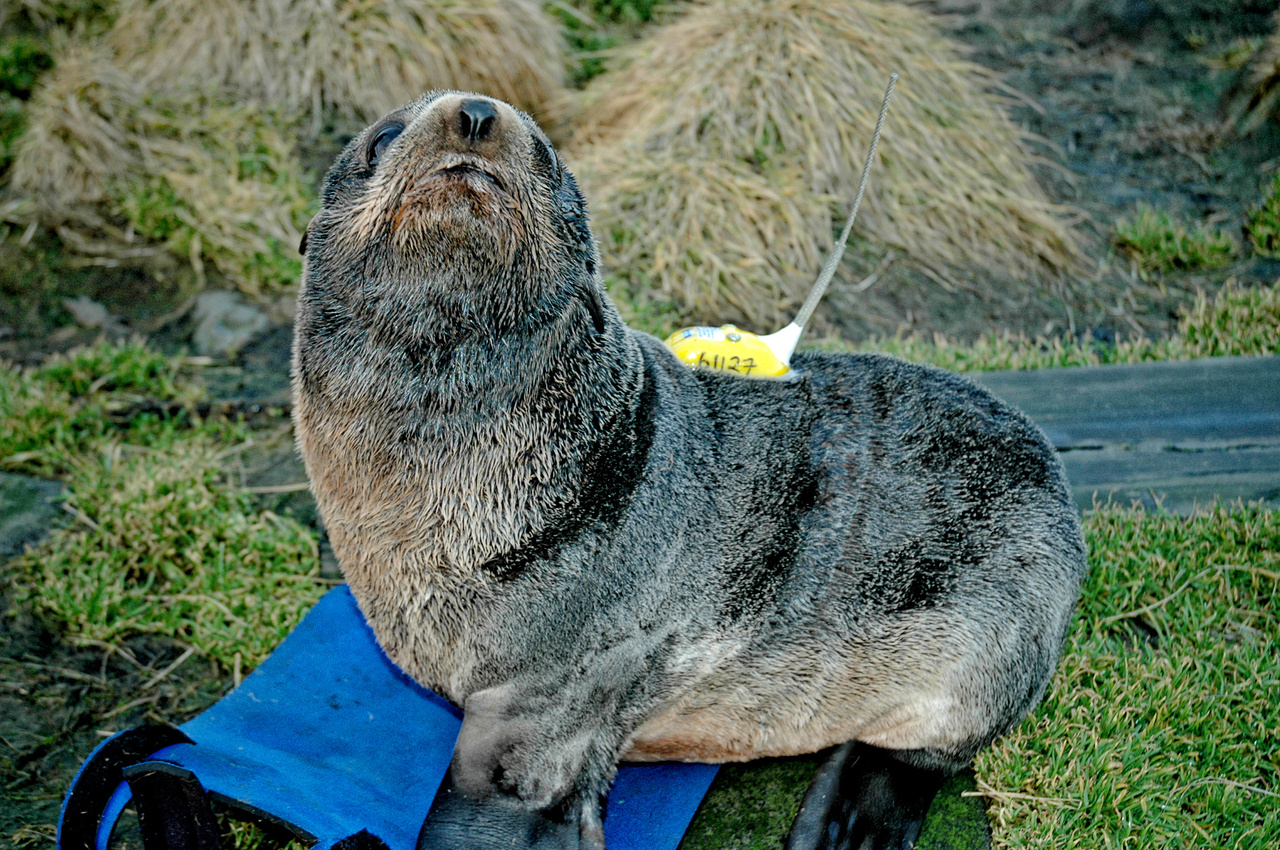 The largest portion of the worldwide population returns to the Pribilof Islands, Alaska, in the eastern Bering Sea during their annual breeding…