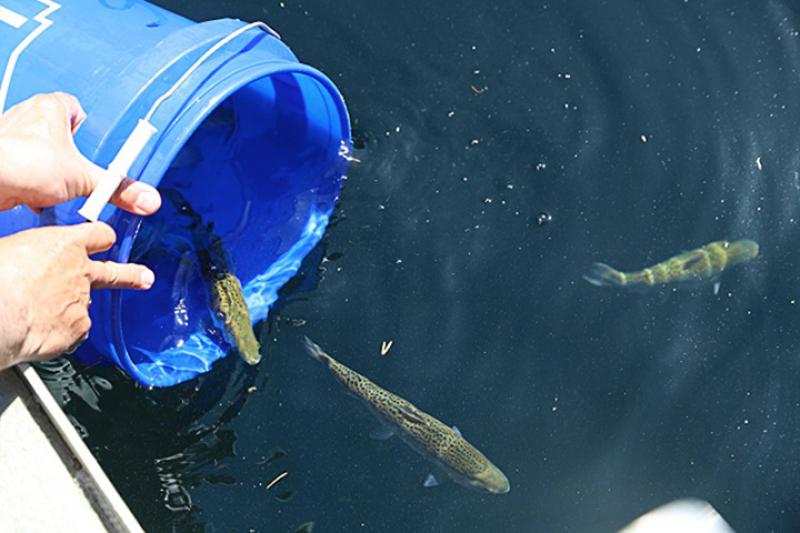 A robot doesn’t mind being cold and wet. It doesn’t get claustrophobic or need to come up for air. It can work under ice, under pressure, and in the dark.

All conditions you might encounter if you’re following marine fish in Alaska.

Tracking fish to see where they go and what environmental conditions they experience tells a lot about their lives as they develop-- information needed to manage sustainable fisheries in a changing ocean environment.

Marine fish support commercial, subsistence, and recreational fisheries, as well as fishing communities throughout coastal Alaska. Understanding the movements of different marine species can help with immediate issues like reducing bycatch, and establishing baseline information now so that we can monitor the effects of climate change on marine populations and the people who rely on them. 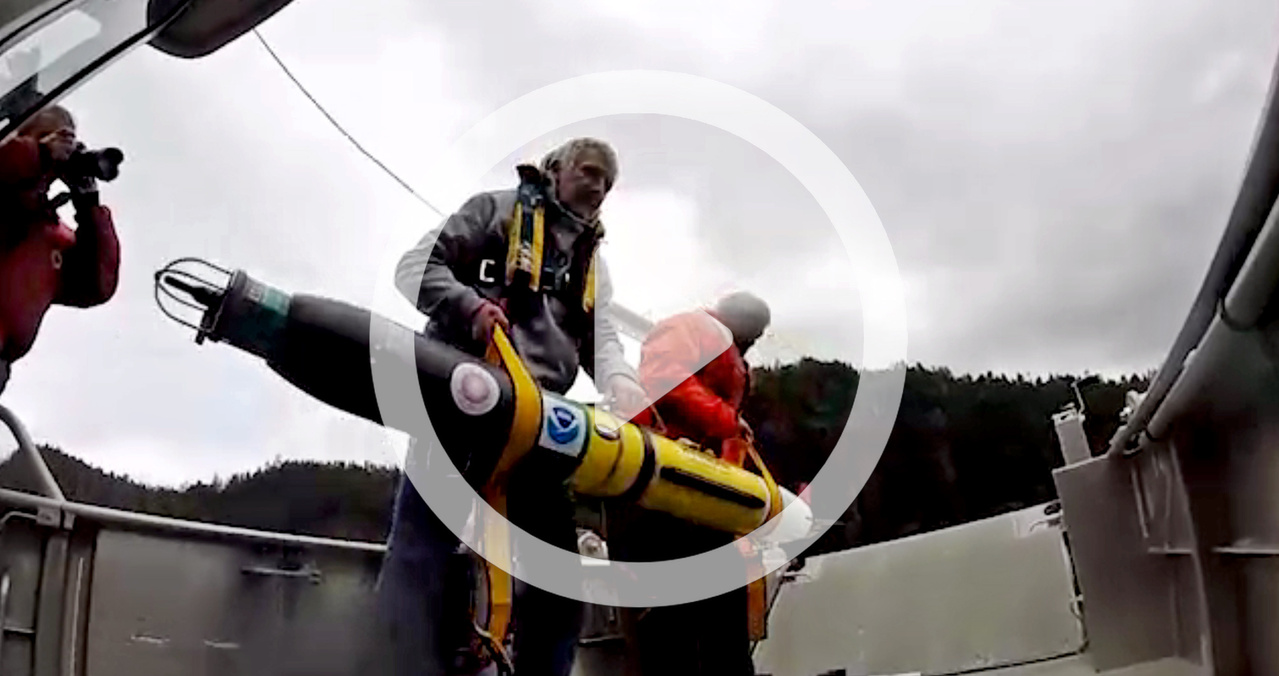 The information needed to manage Alaska fisheries is not always easy to get. Marine animals may travel vast distances and inhabit remote areas, deep depths, waters covered by ice, or tempestuous seas: places where humans cannot easily follow. Scientists can learn some things about fish movements and the places they go without actually having to be there. There are a variety of techniques, but each has its limitations. Traditional tagging studies tell only where a fish was released and recaptured, with no details of its movements in between.

Acoustic telemetry studies (tagging marine animals with acoustic transmitters) can collect detailed information on distribution and movements, but stationary receivers detect only fish within their reception range, and mobile tracking from a boat is labor- intensive and expensive.

That’s where the robot comes in. Autonomous underwater vehicles (AUV) are robotic submarines. Autonomous means they can operate independently, which means an AUV can go where more traditional methods cannot. The AUV not only can follow fish almost anywhere they swim, but also collects information about the environment along the way. Its sensors can detect bottom topography, temperature, salinity, and more. It is launched from a boat or from shore, and can work independently for hours to months, gliding along a preprogrammed path that may be set to different depths or search patterns. But even an AUV has limitations. Until now, an AUV simply recorded whatever it encountered along its predetermined route, but could not change plans in response to what its sensors detected. It could not follow a target the way a piloted boat can.

This spring, a team led by NOAA Fisheries scientist John Eiler of the Alaska Fisheries Science Center is working to change that. The cooperative research includes scientists from Rutgers University—home of AUV used for the study. The new research builds on previous AUV work by the team.

“This year we’re taking a critical step,” says Eiler. “We’re developing technology that will allow the AUV to modify its mission in real time based on the data it is collecting. The vehicle will be able to change its route to move toward the fish to determine its location and collect detailed information about the surrounding area. This approach can also be used for other sensor data, such as sampling within a certain temperature range.”

Right now the team is field-testing and refining the new technology at sea in Southeast Alaska. They are testing the AUV’s performance at tracking targets ranging from stationary transmitters (acoustic targets at known locations and depths) to fast-moving juvenile salmon, using different search patterns. The information gained will be used to develop maneuvers that can be applied to the study of other marine populations.

“This new technology is really going to open up our capability to study the marine environment,” says Eiler. “Detailed information on the environmental factors associated with the distribution and movements of marine animals will help address ongoing issues like salmon bycatch in the pollock fishery. It can help us understand how Arctic fish use under-ice habitats. We’ll be able to learn more about the migratory patterns of other important commercial species like sablefish, and how these populations can be better managed”, says Eiler. “The possible applications are endless.” 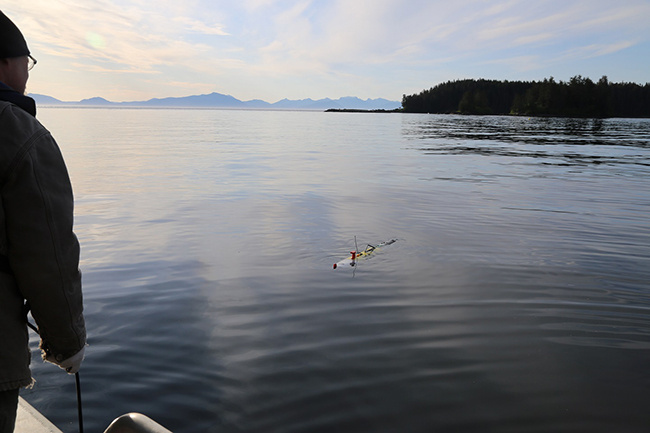