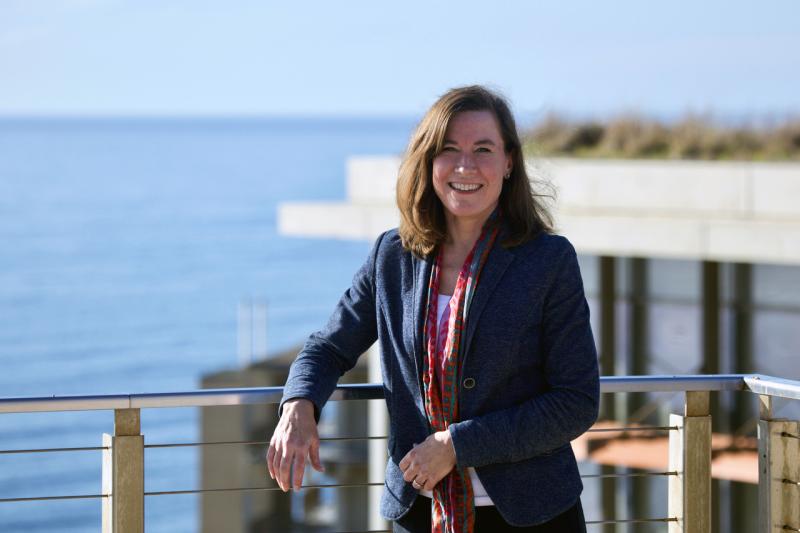 Today, NOAA announced the appointment of Kristen Koch, as the new Science and Research Director for NOAA’s Southwest Fisheries Science Center.  The Southwest Fisheries Science Center employs over 300 research and support staff at laboratories in La Jolla, Santa Cruz and Monterey, California.  As Director, Ms. Koch will continue the work of planning, developing and managing a multidisciplinary program of basic and applied research on the living marine resources in the in the California Current and in freshwater ecosystems of California. She will also oversee several international research programs, including the U.S. Antarctic Marine Living Resources Program and research conducted in the eastern tropical Pacific and throughout the broader Pacific. She will assume her new role on March 18, 2018.

“I am delighted that Kristen was selected as the new Southwest Center Director,” said Dr. Cisco Werner, Chief Science Advisor for NOAA Fisheries. “Her mix of skills and experiences will continue the Center’s strong focus on recognizing, researching, and mitigating the impacts of changing ocean conditions on marine resources, the marine and freshwater environments, and all of the people and communities that depend on robust, sustainable marine fisheries now and into the future.”

Ms. Koch has held various positions with NOAA for nearly two decades, winning multiple awards for her leadership and administrative accomplishments. In her external roles, Kristen has represented the Southwest Fisheries Science Center, NOAA, and NOAA Fisheries at meetings of national and international science and management bodies including the Pacific Fishery Management Council, the Pacific States Marine Fisheries Commission, the Inter-American Tropical Tuna Commission, and the International Scientific Committee for Tuna and Tuna-like Species in the North Pacific Ocean, and California’s Interagency Ecological Program. Prior to being named Director of the Southwest Center, she served as the Deputy Science and Research Director of the Center for eight years, with three stints during this time as Acting Director. Prior to that, Ms. Koch held positions in NOAA Headquarters, most recently as the NOAA Ecosystems Goal Team Deputy Director. In this role she managed planning for NOAA’s >$1B Ecosystems portfolio. She also served as the Director of Programming, Planning and Integration in NOAA’s Office of Oceanic and Atmospheric Research.  In this position she managed programs in support of OAR’s laboratories and grant programs focused on marine, climate and weather research.

From 2004 to 2005, she was a Fellow in NOAA’s Leadership Competencies Development Program. During her time in NOAA, she has completed several temporary assignments including at the Earth Systems Research Laboratory, as Deputy Director of the NOAA Fisheries Office of Sustainable Fisheries, and as Director of the NOAA Budget Outreach Office. She began her NOAA career in 1999 as a Presidential Management Fellow. Ms. Koch received her Master’s in Public Administration in 1999 from Columbia University and a Bachelor of Arts in Sociology in 1991 from Mills College.

Last updated by Office of Communications on July 05, 2022