This is the second year of a multi-national winter survey in the Gulf of Alaska to gather critical information on salmon ocean survival. 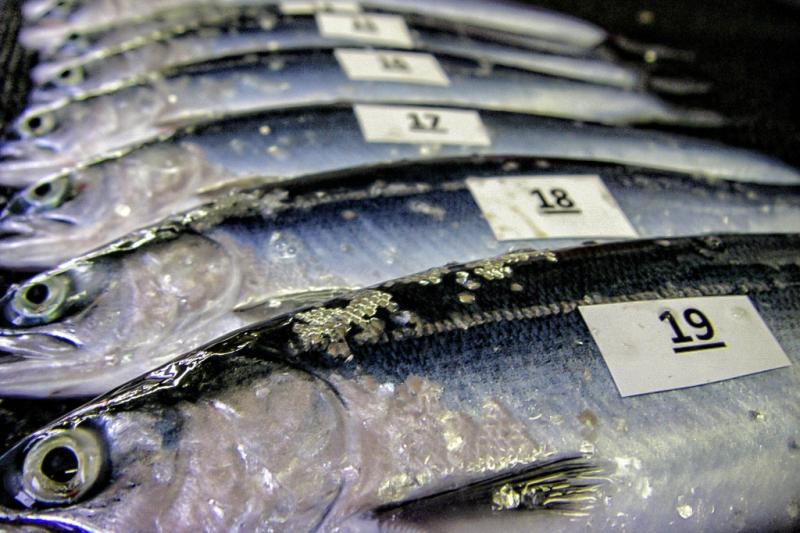 NOAA Fisheries scientists are part of an international team that set sail on March 11. They are studying the impacts of continued warm ocean temperatures in the Gulf of Alaska on Pacific salmon survival.  It has been estimated that one-third of all Pacific salmon spend the winter in the Gulf of Alaska. While reduced in size compared to previous years, the current marine heatwave affecting the Gulf remains one of the top five largest heatwaves on record in the North Pacific in the last 40 years.

“Salmon affect more people culturally, economically, and recreationally than any other fish in the world," said Doug Mecum, Deputy Regional Administrator for NOAA Fisheries Alaska Region. "This International Year of the Salmon expedition in the Gulf of Alaska expands international salmon research on the high seas to build understanding of how a changing climate may influence salmon ocean habitats, distributions, and productivity." 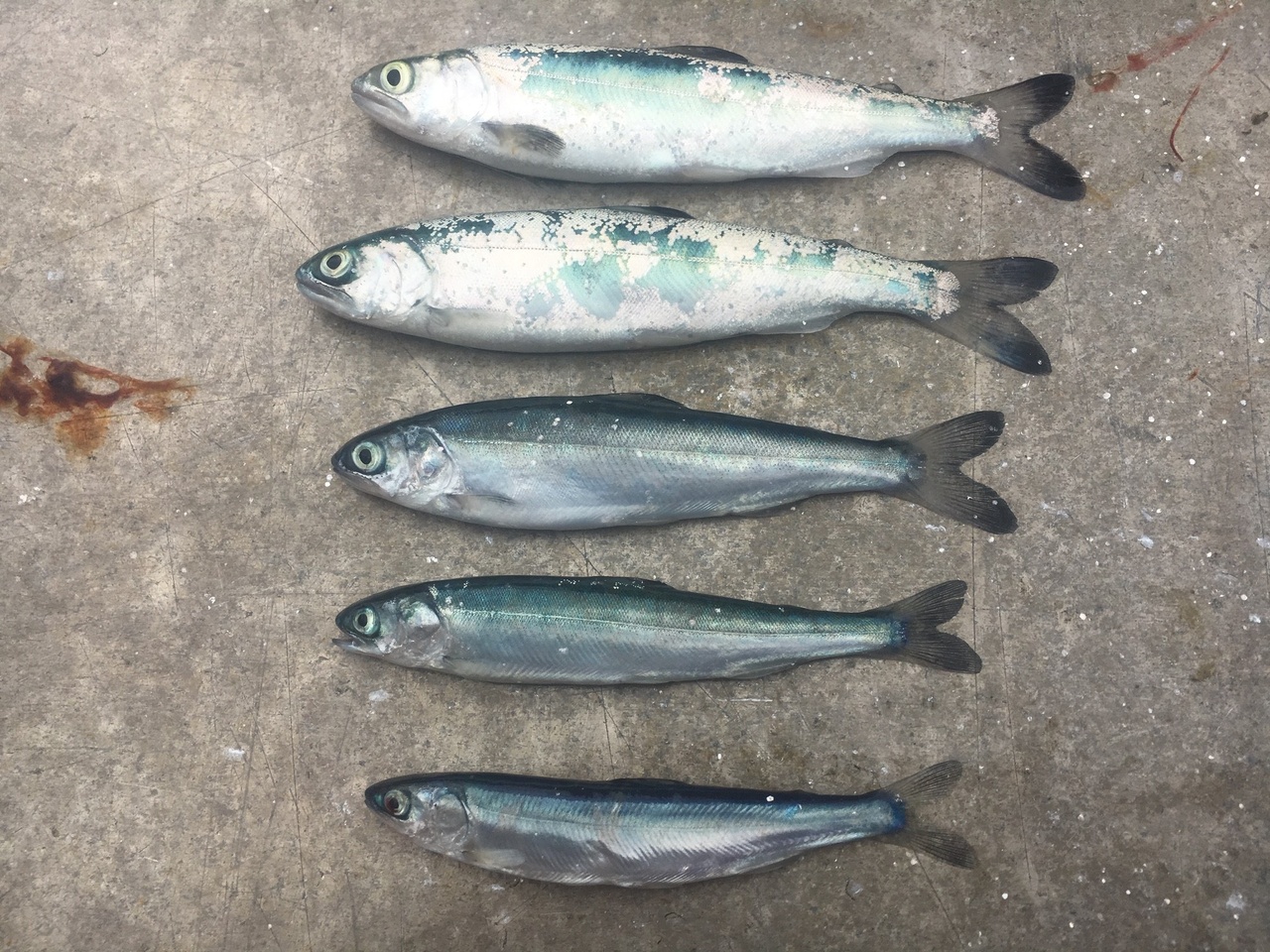 Scientists suspect young salmon that can find sufficient food and experience enhanced early marine growth are those that best survive their first winter at sea. The survival of these fish largely determines the size of subsequent adult salmon populations. So, scientists think that environmental conditions have the greatest influence on salmon survival during their first year at sea.

Scientists hope to generate an estimate of stock-specific abundance and weight of juvenile fish. This could ultimately improve forecasts of adult returns to rivers along the West Coast.

“More broadly, we need to understand the impact of this anomalous warming event on food web ecology,” added Kristin Cieciel, fish biologist from NOAA’s Alaska Fisheries Science Center. She will be serving as chief scientist for the second leg of the survey.

Cieciel’s research during the survey will be to study jellyfish diet and competition with fish for prey. She will also be assisting with collection of fish and zooplankton samples.

Fifteen researchers from Canada, Japan, Korea, the United States, and Russia will be conducting a variety of other studies during the survey. Scientists hope to assess the value and feasibility of conducting more regular winter surveys to study the condition of Pacific salmon. Alaska coastal communities who fish for salmon are particularly interested in the research assessing interactions between wild and hatchery Pacific salmon in the offshore environment. 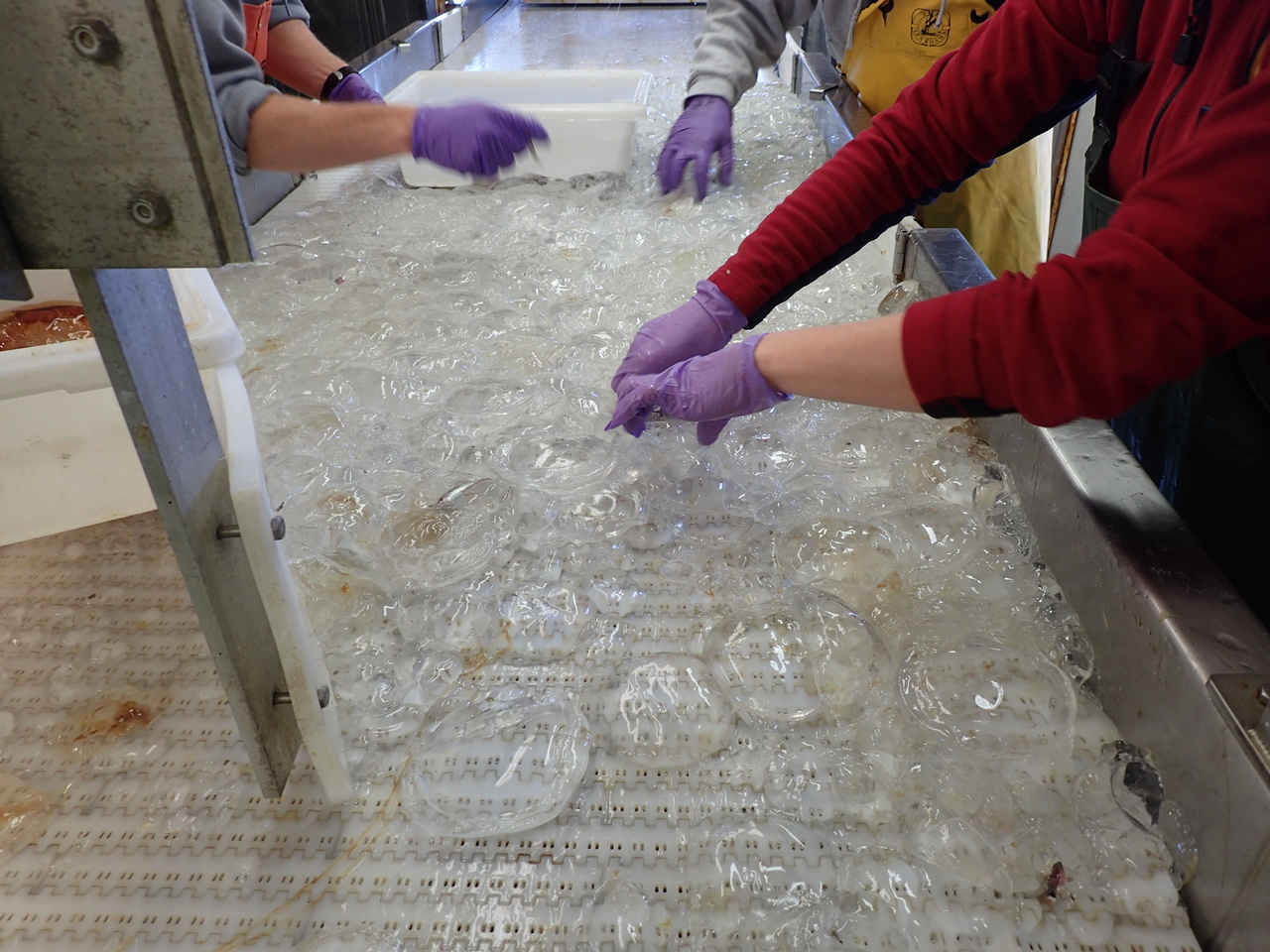 Researchers sort jellyfish during ecosystem survey in Gulf of Alaska. Study plans this year include looking at jellyfish diet and competition with fish for prey. Photo: NOAA Fisheries.

Researchers plan to attach satellite tags to salmon to study their growth, movements, and survival. They also will collect physical and chemical oceanographic data such as temperature, salinity, pH, and nutrients. Other studies will be conducted to collect needed biological data on zooplankton, squid, juvenile rockfish, sharks, and marine mammals and birds.

This is only the second time that winter observations like this have been made in the Gulf of Alaska.

Last year was the first International Year of the Salmon Survey in the Gulf of Alaska. Scientists will follow the same survey plan as last year so they can compare data from the two years. A highlight of last year’s survey was that the crew was able to conduct the first on-board DNA analyses to identify origins of the Coho salmon samples. DNA on all salmon was conducted upon return to port.

“Research collected during this survey will aid in our understanding of the marine environment at a time of year for which data are limited. It will help resource managers in their efforts to sustain fisheries and wild Pacific salmon in a future of ecosystem change,” said Strasburger.

This expedition is part of the International Year of the Salmon initiative led by the North Pacific Anadromous Fish Commission. The International Year of the Salmon project began in 2019 and will continue through 2022. Support the expedition was made available through government organizations, foundations, the commercial fishing industry, and private donations, including: