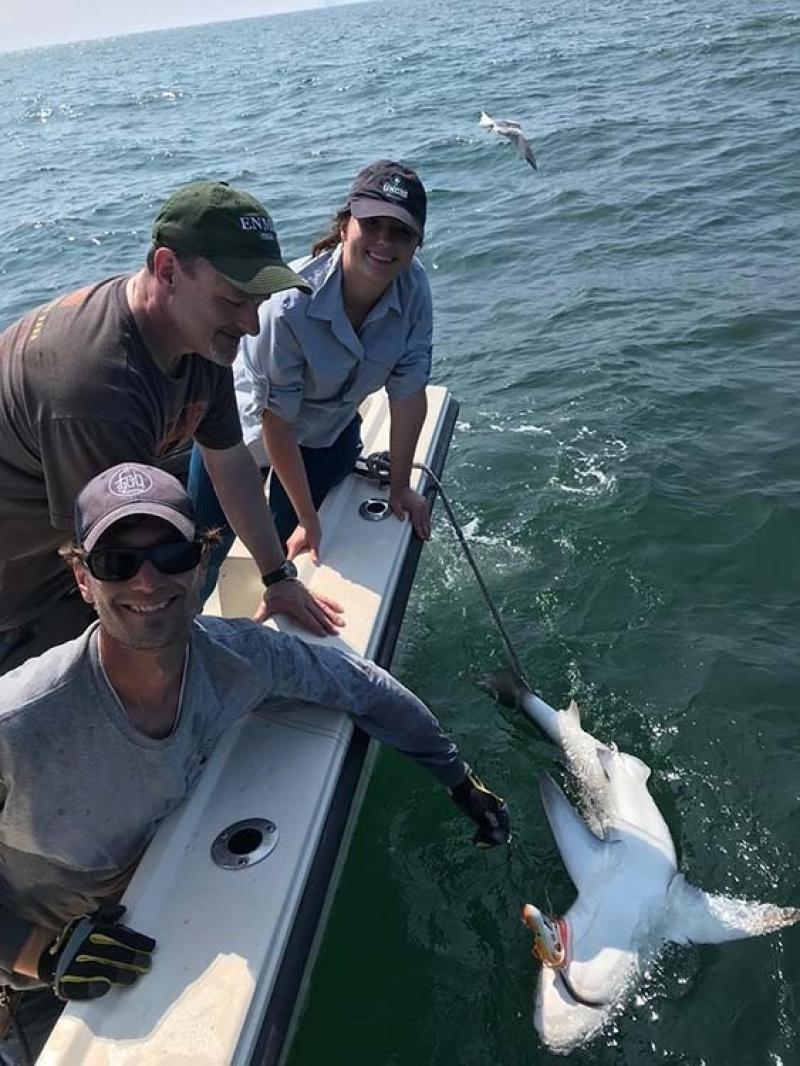 Sharks are among the oceans’ top predators and play an important role in the health of marine ecosystems. One of the most recognizable shark species is the white shark. Despite its notorious reputation, little is known about the Northwest Atlantic population of white sharks in comparison to other white shark populations around the world. This summer, NOAA Fisheries’ Greater Atlantic Regional Fisheries Office hosted Rebekah James, a NOAA Hollings Scholar, where she got the opportunity to learn more about these iconic animals.

Rebekah is from Matthews, North Carolina and attends the University of North Carolina, Wilmington. She is a rising senior studying Marine Biology and Environmental Science. Rebekah loves to scuba dive and is working towards her professional level certifications. This summer, she worked with Dr. Tobey Curtis at our Atlantic Highly Migratory Species Management Division. Her summer project focused on the movements and habitat use of young-of-the-year white sharks during their first winter.

During the summers of 2016-2017, in collaboration with OCEARCH, Dr. Curtis and a team of scientists from several institutions tagged 20 young-of-the-year white sharks off Long Island, New York. This area is considered a summer nursery area for white sharks, but little was known about where these young sharks spend the winter months. Rebekah built on this work by looking  at the sharks’ tag locations during the months of December to April. Her findings confirmed that these sharks migrated south and remained in coastal waters off North and South Carolina throughout the winter. 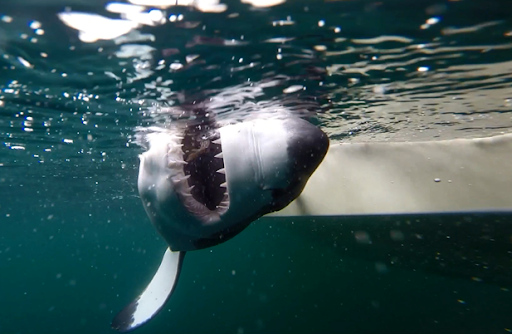 In addition, Rebekah characterized habitats used by these sharks in the waters off the Carolinas. They typically occurred on continental shelf waters over depths of 10-50 meters and in water temperatures of 15-22 °C. This information could inform NOAA Fisheries’ management of this population.

Rebekah didn’t spend all summer reviewing data: she also participated in field work with the South Fork Natural History Museum. She spent a week off Long Island tagging more sharks to build upon previous data collected by Dr. Curtis. Although her time with us is over, she will continue to collect and analyze white shark data. She hopes to include these data in her undergraduate thesis and to publish it one day.