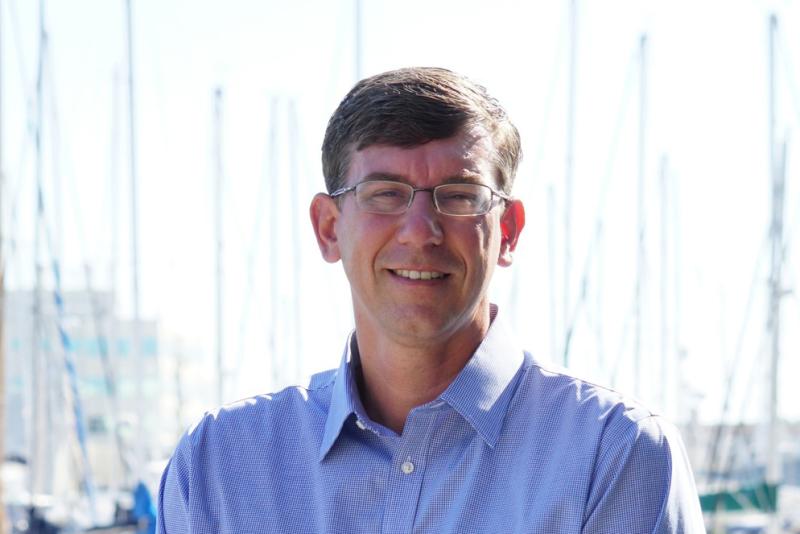 “I’m honored to make this announcement,'' said NOAA Fisheries’ Assistant Administrator Janet Coit. “He’s done an incredible job acting in the position since the beginning of the year and we’re looking forward to him officially taking on this important role.”

In his new role, Mr. Strelcheck will head the agency’s Southeast Regional Office. The region has responsibility for marine ecosystems from Texas to North Carolina and the U.S. Caribbean, including Puerto Rico and the U.S. Virgin Islands. The region works closely with three fishery management councils, state and federal partners, the fishing industry, and other stakeholders to manage and conserve federal commercial and recreational fisheries, marine mammals, endangered and threatened species, habitat, and much more.

Mr. Strelcheck has extensive experience in marine fisheries research and management, and management experience in protected resources and habitat conservation. His graduate studies and many peer review publications focused on commercial and recreationally important finfish species in the southeast United States, including snappers and groupers.

“Andy’s innovative strategies for fisheries management and strength in relationship building makes him the ideal candidate for this position,” said Sam Rauch, NOAA Fisheries’ Deputy Assistant Administrator for Regulatory Programs. “His expertise lends itself to the management complexities of the region which includes three different ecosystems with hundreds of marine species—the Gulf of Mexico, South Atlantic, and Caribbean. In addition, the Southeast is home to some of the nation’s most threatened and endangered species, such as Rice’s whales, elkhorn corals, and smalltooth sawfish.”

In his previous roles at the agency, he oversaw data analyses and analytical work that supported fishery management council regulatory actions. He also led the development and operation of the commercial Red Snapper and Grouper-Tilefish Individual Fishing Quota programs, valued at more than $50 million annually. More recently, as Deputy Regional Administrator, he has provided leadership and operational guidance to 140 full time employees and contractors who he sees as the reason for the region's success. He greatly values agency employees and the expertise they bring to the table.

“Andy is a dedicated, natural born leader who cares equally for our organization, marine natural resources, and the constituents we serve,” said Paul Doremus, NOAA Fisheries’ Deputy Assistant Administrator of Operations. “We are proud to see Andy advance his career with NOAA. He has a diverse skill set and he truly understands the importance of public service.”

Before joining the agency in 2004, Mr. Strelcheck worked for 3 years as a fishery biologist for the Florida Fish and Wildlife Conservation Commission. He worked on Florida’s commercially and recreationally important fisheries.

He has a Bachelor of Science in Biology from Florida State University and a Master’s of Science in Marine Science from the University of South Alabama. Prior to his time as Deputy Regional Administrator, he served as a fishery plan coordinator and branch chief for the region’s commercial catch share programs in Southeast Regional Office’s Sustainable Fisheries Division.

Mr. Strelcheck grew up in Atlanta, Georgia, and spent many summers diving in Florida and the Caribbean. He currently lives in Safety Harbor, Florida, with his wife and two sons. In his free time he enjoys traveling with his family, coaching his sons' baseball teams, and being on the water fishing, boating, or kayaking.

Cheer for Seafood at Your Next Tailgate Party

Shrimp skewers are a quick and easy way to feed your tailgate guests. Photo and recipe courtesy of Seafood Nutrition Partnership.
More News

Last updated by Office of Communications on August 10, 2021