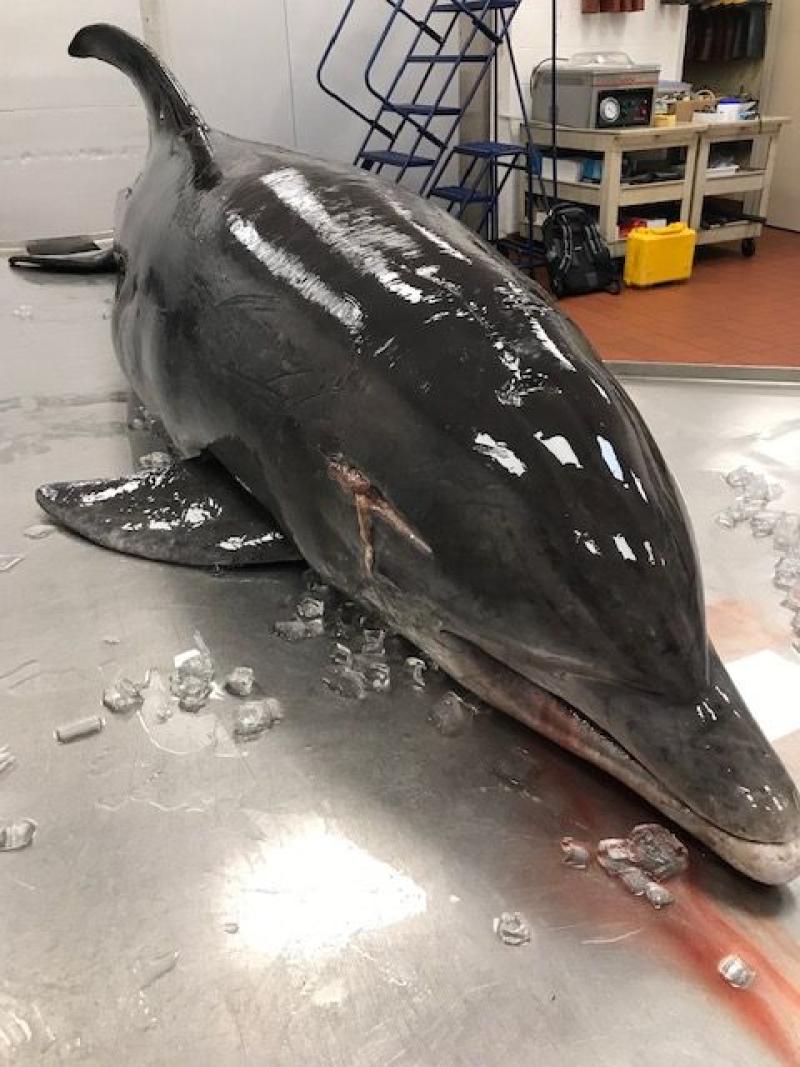 NOAA's Office of Law Enforcement is offering a reward of up to $20,000 for information leading to an arrest, conviction, or civil penalty assessment.

NOAA’s Office of Law Enforcement is asking the public for any information about a dead dolphin found recently on Fort Myers Beach, Florida. A necropsy, non-human autopsy, revealed the dolphin was impaled in the head with a spear-like object while alive.

Further examination indicated the wound, above the right eye, was inflicted before the animal died. The dolphin was an adult lactating female. The animal appeared to have died from the trauma, which occurred at or near the time of death.

NOAA law enforcement officials seek information from anyone who may have details of this incident. Please call the NOAA Enforcement Hotline at (800) 853-1964. Tips may be left anonymously.

Based on the shape, size and characteristics of the wound, it is suspected that the dolphin was impaled while  in a begging position. Begging is not a natural behavior for dolphins and is frequently associated with illegal feeding. People can help prevent future harm to wild dolphins by not feeding or attempting to feed them. Dolphins fed by people learn to associate people, boats, and fishing gear with food, which puts dolphins and people in harmful situations.

Violent incidents toward dolphins in the Gulf of Mexico continue. Since 2002, at least 27 dolphins (including this one), have stranded with evidence of being shot by guns or arrows, or impaled with sharp objects.

Harassing, harming, killing or feeding wild dolphins is prohibited under the Marine Mammal Protection Act. Violations can be prosecuted civilly or criminally and are punishable by up to $100,000 in fines and up to 1 year in jail per violation.

Last updated by Southeast Regional Office on May 06, 2022