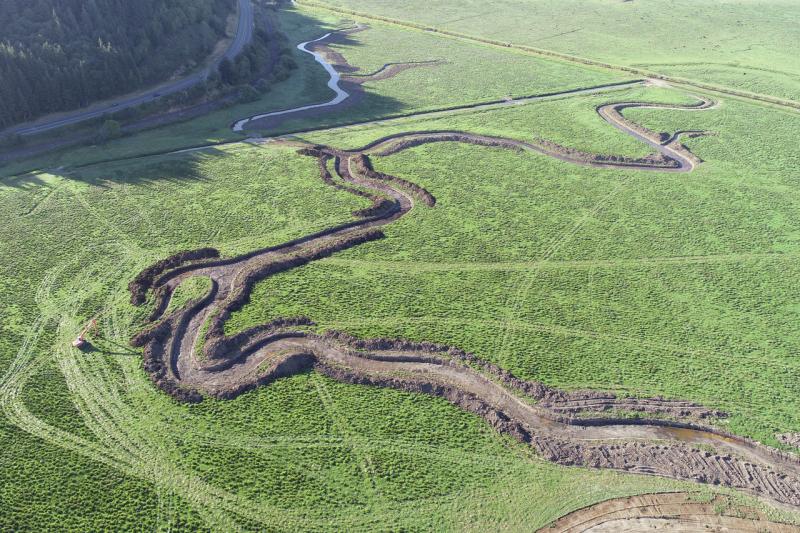 Natural resource, tribal, and agricultural stakeholders have formed a unique partnership in Oregon's Coquille River Valley. They worked together on the Winter Lake restoration project, which will help ensure local cattle farmers and fish populations both continue to thrive. The project helped improve tidal management for agriculture, and is providing almost 8 miles of new channels and 1,700 acres of habitat for threatened Oregon Coast coho salmon, and other fish and wildlife.

Habitat restoration and agriculture are often considered competing interests. This partnership between natural resource entities and agricultural landowners demonstrates that the two can benefit from a strategically planned project. 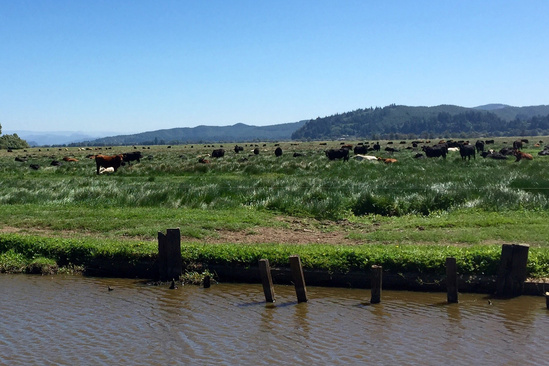 Cows grazing on land that will be transformed to fish habitat in the winter.

Lowlands in and around the Valley’s Beaver Slough Drainage District are rich pasture for cattle, and are in high demand. In the past, levees were built, channels straightened, and acres of wetlands were filled to create agricultural land.

But the tidal gates managing water and helping keep the land dry for grazing started failing recently and had to be replaced. The Drainage District saw this opportunity to establish a new partnership to reimagine how water is managed there.

Their vision of "working landscapes" was to improve water control and protect the land from flooding during prime grazing season in the warmer months, and rebuild high-quality habitat for juvenile coho salmon in the winter. 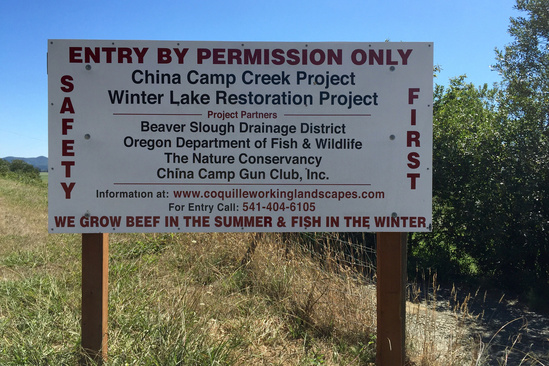 Where "we grow beef in the summer and fish in the winter.”

The project’s cornerstone is a set of new state-of-the-art tide gates that can better control flooding—allowing for seasonal use by agriculture, and fish and wildlife. The tide gates, working with reconnected channels and new habitat will provide the best of both worlds. 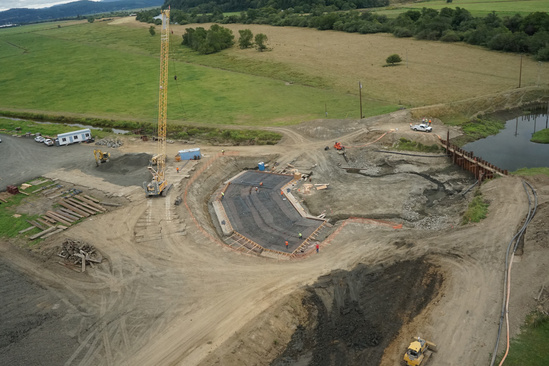 It is expected that the project could generate up to $3.4 million and 25 new jobs in the regional economy. It could then contribute an additional $3.2 million due to increased outdoor recreation spending over a twenty-year period.

Along the Pacific Northwest coast, wild salmon populations continue to decline. Like many northwestern rivers, the Coquille has lost much of its estuary habitat. Nearly 95 percent of prime salmon spawning and rearing waters there are gone.

Habitat restoration through innovative public-private partnership projects like this are the key to success. They eventually will assist in the recovery of salmon and other fish species critical to this region’s ecosystems and communities.