Are you a fan of Deadliest Catch or Wicked Tuna? Then you might be interested to know that observers from the NOAA Fisheries Pacific Islands Region Observer Program have been front and center during some equally dramatic and thrilling moments at sea over the years and they have a lot of valuable fishing data to show for it. 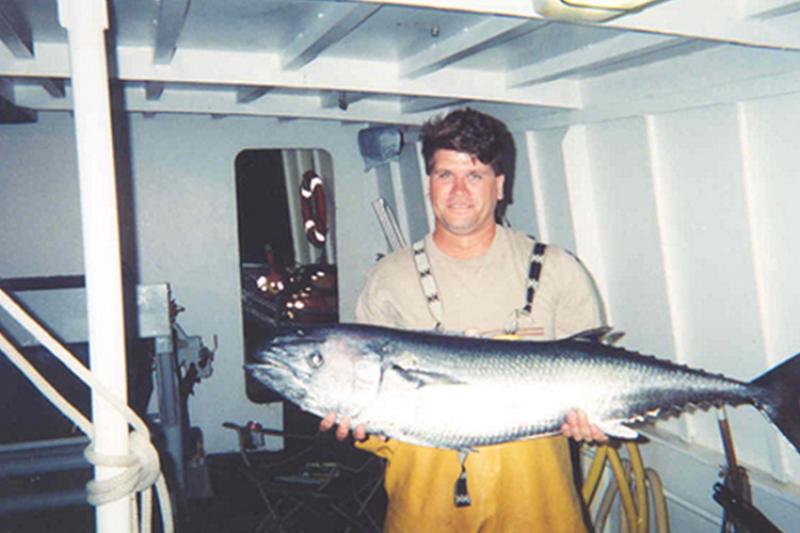 In 2014 the PIR Observer Program celebrated 20 years of service. The Program was established in 1994 when it became mandatory for certain commercial fishing vessels to carry observers onboard. In the Pacific Islands Region, observers are required on 100% of Hawaii based swordfish trips (shallow set) and on 20% of Hawaii and American Samoa based tuna trips (deep set). The Program currently consists of 60 observers and has deployed observers on over 5,250 trips. The average trip length is 25 days.

Observers are trained biologists responsible for monitoring and collecting data on commercial fishing activities. The collected data includes catch, bycatch (non-targeted species), types of gear used, fishing effort, biological characteristics, interactions with protected species, and socioeconomic information. Interactions that occur with protected species such as hookings and entanglements of turtles or marine mammals can have a big influence on a fishery. For example, in 2006 the shallow set fishery closed after reaching its limit on sea turtle interactions.

All data collected by observers go through a rigorous analysis by the Program and is shared with the NOAA Pacific Islands Fisheries Science Center.  Scientists at the Center use the observer data to aid in the study of fish populations, ecosystem shifts, life history, and the effects that plastics have on the marine environment, just to name a few important research areas. These scientific studies are then shared with fishery managers who utilize the information to help develop fishery management plans.

âObserver collected information allows for effective, efficient and timely management of marine resources for the benefit of the public, fishermen and their families, and many businesses. The data collected by the program allows for clearer understanding of the effects of fishing and leads to better fisheries management practices. The public can be assured that the fishery is conducted in a sustainable manner and protects non-commercial species at the same time.â

Life for an observer on the job can be exciting and rewarding but it also comes with its challenging moments - especially when Mother Nature decides to throw a storm into the mix. Massive walls of water, capable of sweeping a person off the deck, have been encountered, as well as bouts of seasickness that last for days. On one particular trip a fire broke out on board a commercial fishing vessel forcing the observer, captain, and crew to abandon ship. Fortunately they were all able to escape unharmed, but spent a long night floating at sea on an emergency raft before being spotted and rescued. Due to these kinds of risks, observers are required to go through an extensive safety-at-sea training prior to their first assignment. This training equips them with the knowledge and skills needed to navigate through the variety of situations that may occur while out at sea. 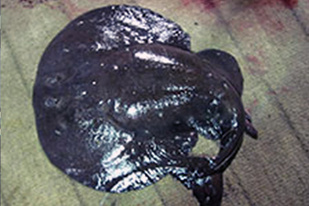 In March 2012, an observer working in the Hawaii based tuna longline fishery photographed a Torpedo Ray, which is rarely encountered in Hawaiian waters.

On the flipside, observers get a rare glimpse of the vast and natural wonders of the open ocean. They are also responsible for collecting data that later becomes a vital source of information for fishery scientists and managers. The PIR Observer Program has come a long way over the years and with continued advances in technology, the data that observers collect will help preserve the health of our marine resources in the Pacific Islands Region. Observers are special people working in challenging conditions on the front line of fishery management.