NOAA Fisheries is using ocean-going robots (saildrones) equipped with acoustic sensors to count fish. Scientists hope to use this information to understand how the pollock stock is doing in a year when there isn’t a standard research survey. 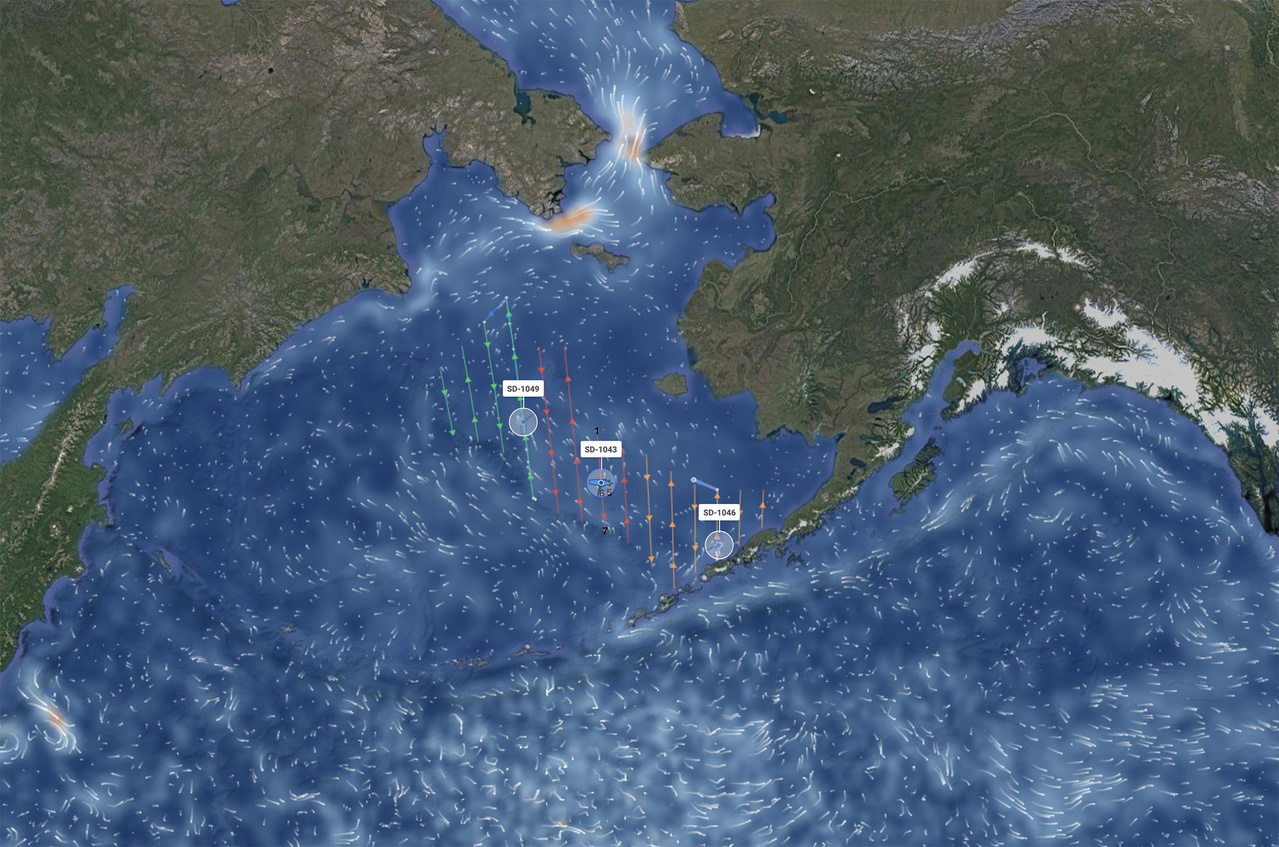 For the past four decades, a team of scientists have conducted an acoustic trawl survey from a NOAA research vessel in the eastern Bering Sea. They collect acoustic measurements of fish abundance and distribution. They also sample fish by capturing them with trawl nets to groundtruth the acoustic signals to confirm the species. They can also learn more about the fish —for example, their age, length, weight, and reproductive state.

While the saildrones won't be able to capture this important biological information, scientists believe using acoustic technology on saildrones to survey will provide a reliable estimate of pollock abundance. This is based on past experience comparing the technology to ship-based surveys. It also helps that pollock are the dominant fish species in this area, minimizing the need to further sample with a trawl net to confirm species.

Since the standard surveys were cancelled this year due to COVID-19, data collected by the saildrones will fill a gap in the survey time series. Scientists use these survey data along with other data to assess pollock population abundance and trends (whether the stock is increasing or decreasing in size). The saildrone survey is expected to take two months to complete.

In late June, after some 40 days at sea, the three saildrones arrived at Unimak Pass, a 20-nautical-mile gap between Unimak Island and Ugamak Island that separates the North Pacific Ocean from the Bering Sea. At this point the saildrones separated. Each saildrone will cover a third of the 600-nautical-mile-wide survey area, which is bordered by Alaska’s Aleutian Islands to the south and the edge of the eastern Bering Sea shelf to the west.

The saildrones will complete a series of north-south transects moving from east to west; the mission is designed to mimic a typical ship survey as closely as possible in the amount of time available. Each vehicle is equipped with a Simrad EK80 high-precision split-beam echo sounder to map fish abundance.

This survey builds on work instrumenting saildrones with the sonar technology used in fisheries surveys that began in 2015 involving NOAA Fisheries’ Alaska Fisheries Science Center, NOAA Research’s Pacific Marine Environmental Laboratory, Kongsberg maritime, and Saildrone, Inc. In previous studies in Alaska, scientists and engineers developed and refined the technologies now being used. The systems they designed together through this exciting public-private partnership are capable of collecting comparable acoustic data to those from NOAA research vessels.