For more than a century, a concrete wall stood in the way of steelhead reaching their prime spawning and rearing habitat in San Francisquito Creek, a tributary to south San Francisco Bay. 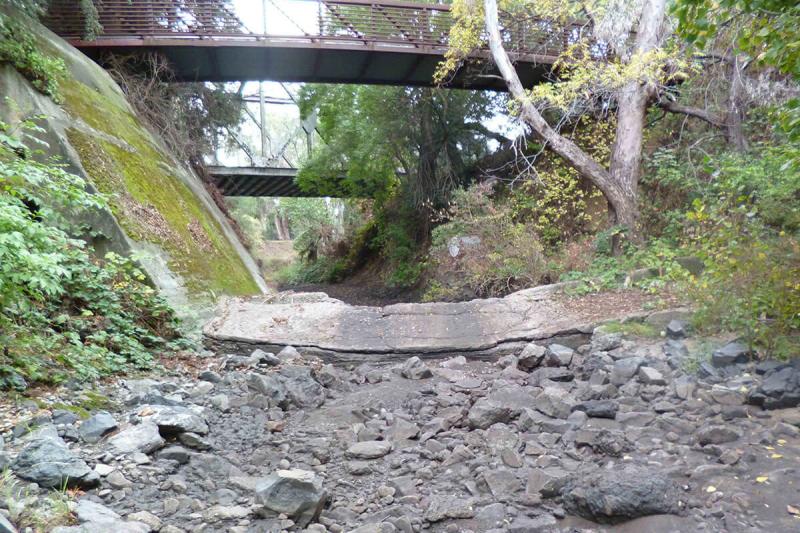 Above: Bonde Weir before removal and reconstruction, NOAA photo

For more than a century, a concrete wall stood in the way of steelhead reaching their prime spawning and rearing habitat in San Francisquito Creek, a tributary to south San Francisco Bay. The creek is home to federally protected Central California Coast steelhead and is listed under the Endangered Species Act as a species threatened with extinction. NOAA Fisheries works to protect and recover these fish and designated the creek as part of the species’ critical habitat in 2005. The barrier, known as Bonde Weir, was installed in 1908 to protect the historic El Palo Alto redwood tree from erosion. However, the 40-foot wide structure regularly stranded migrating steelhead —impairing access to 40 miles of upstream freshwater habitat and impeding juvenile migrants moving downstream. The removal of Bonde Weir is a significant improvement to the conditions in San Francisquito Creek that contributes positively to the broader conservation and recovery of listed steelhead.

San Francisquito Creek is one of the Bay Area’s last remaining urban streams not confined by a concrete channel and, as such, is identified as a high priority for protection and restoration.  Although the creek was not channelized, stream conditions are constrained by urban development so riparian habitat and stream channel complexity required improvements. The project is surrounded by residential homes, bridges, a park, and the historic El Palo Alto redwood tree. Each factor required careful attention when planning the weir removal and restoration of natural elements in the stream channel, including adding gravel, rock, and boulders, and native streamside vegetation plantings. Throughout the construction process, for example, crews worked diligently to protect the El Palo Alto redwood tree and not disturb its root system. The project successfully protected the historic tree, while simultaneously improving passage and habitat conditions for steelhead and improving channel stability to protect nearby infrastructure.

The Bonde Weir Removal and Restoration Project is the result of a common vision and collaboration between NOAA Fisheries and the San Mateo County Resource Conservation District. It also included funding and support from the U.S. Environmental Protection Agency, California State Coastal Conservancy, and the National Fish and Wildlife Foundation. “NOAA Fisheries West Coast Region and Restoration Center revitalized this project after 12 years of various efforts,” said Darren Howe, a steelhead biologist with NOAA Fisheries. “This project showcases how both steelhead habitat and public infrastructure can be restored and protected to provide mutual benefits.” 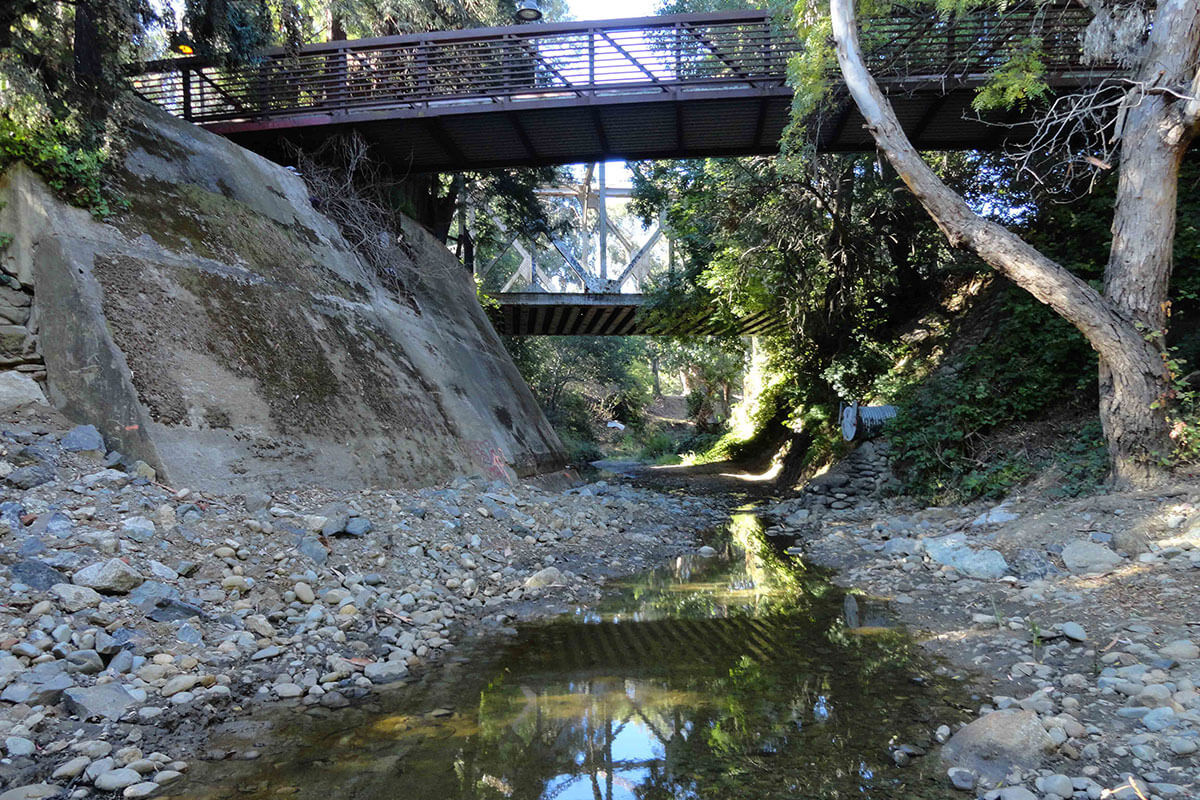 Central California Coast steelhead was listed under the Endangered Species Act in 1997. Many factors contributed to the species’ decline, including the loss and degradation of habitat, as well as barriers limiting downstream and upstream fish migration. NOAA Fisheries currently is developing a plan to guide recovery of this species. The plan will include actions to address all threats facing these fish. Recovering Central California Coast steelhead to healthy, self-sustaining levels requires ongoing action from federal, state and local partners; and more actions like those taken in San Francisquito Creek. The progress achieved in this restoration project is a true model for success and has set the stage for what we can do to recover steelhead and restore their habitat, not only in this creek but along the entire West Coast.