The northern star coral is uniquely able to live in a variety of environments and climates, including New England. The secrets of its adaptability may help tropical coral reefs.

Dave Veilleux and Sean Grace lean over trays lined with thumb-sized coral colonies, varying in color from white to brown to a mix of white and brown. An instrument called a fluorometer beeps, and they move on to measure photosynthesis in the next colony. In the background, you can hear the constant flow of seawater from Long Island Sound, and the whir of the carbon dioxide system hard at work. 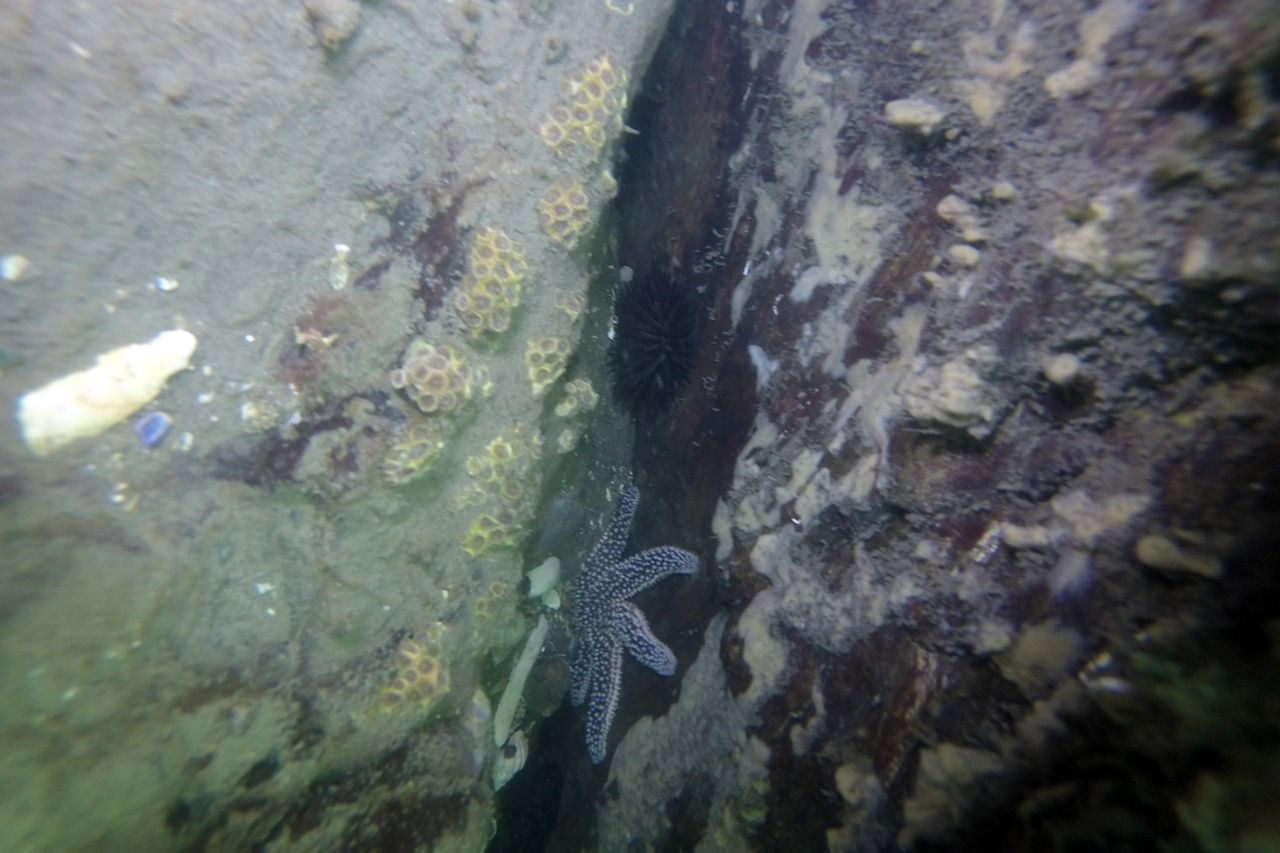 Astrangia poculata growing in the wild about 12 feet below the surface at Anchor Beach, Milford, Connecticut. Photo courtesy of Sean Grace.

Grace chairs the Biology Department at Southern Connecticut State University, and Veilleux runs the shellfish hatchery at NOAA Fisheries’ Milford Laboratory. The two have known each other for 15 years, since Veilleux was Grace’s first graduate student. They’ve teamed up again to study the effects of ocean acidification on New England’s only hard coral species, the appropriately named Astrangia poculata, or northern star coral.

Northern star coral is considered a model for investigating coral response to environmental change. Researchers want to pinpoint what makes this hardy coral uniquely able to thrive in harsh conditions. This may provide ideas on how to help boost the resilience of more delicate tropical coral species. The Milford Lab has two state-of-the-art ocean acidification experimental systems built for carbon dioxide exposure studies, making it an ideal setting for this research.

Corals in the Northeast

The word “coral” usually conjures up images of an exotic tropical reef, teeming with colorful fish. However, New England has both soft coral and hard coral. The northern star coral is a hard or stony coral like its more charismatic, reef-building tropical cousins. It builds small colonies rather than reefs and thrives in the colder waters of the Atlantic. 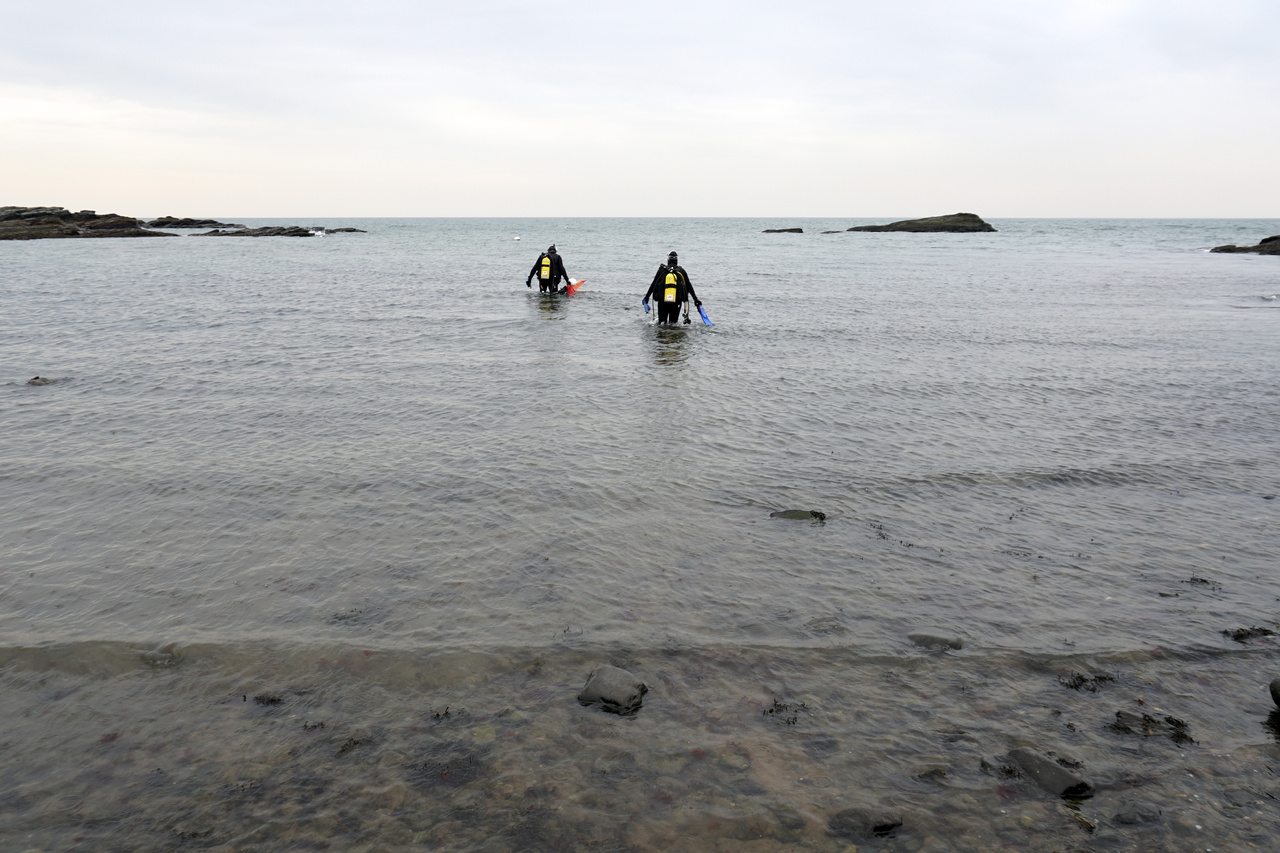 While New Englanders don’t need to book a tropical vacation to see corals, they might need to channel the hardiness of Astrangia to get in the water in November. Grace and Gabriella Dipreta, a recent graduate student and collaborator on the project, collected corals for this experiment. They donned thick wetsuits and scuba gear and waded out into the frosty waves of Rhode Island and Long Island Sound.

Most reef-building corals rely on a delicate symbiosis for survival. Symbiosis is the interaction between two different organisms living in close physical association, usually to the advantage of one or both. For these corals, it’s a food-for-shelter trade with a type of algae called zooxanthellae. These algae live inside the corals and use light to make sugars by photosynthesis. The coral feed on the byproducts of this process, and in return the algae have a safe place to live.

Corals get their brilliant color from zooxanthellae. When they are stressed—during heat waves, for example—tropical reef-building corals can lose their zooxanthellae, and hence their color.  This causes the coral to turn white, a phenomenon known as “bleaching.” Bleaching is a major concern as the ocean warms due to climate change. Many corals are not able to recover from prolonged bleaching events. 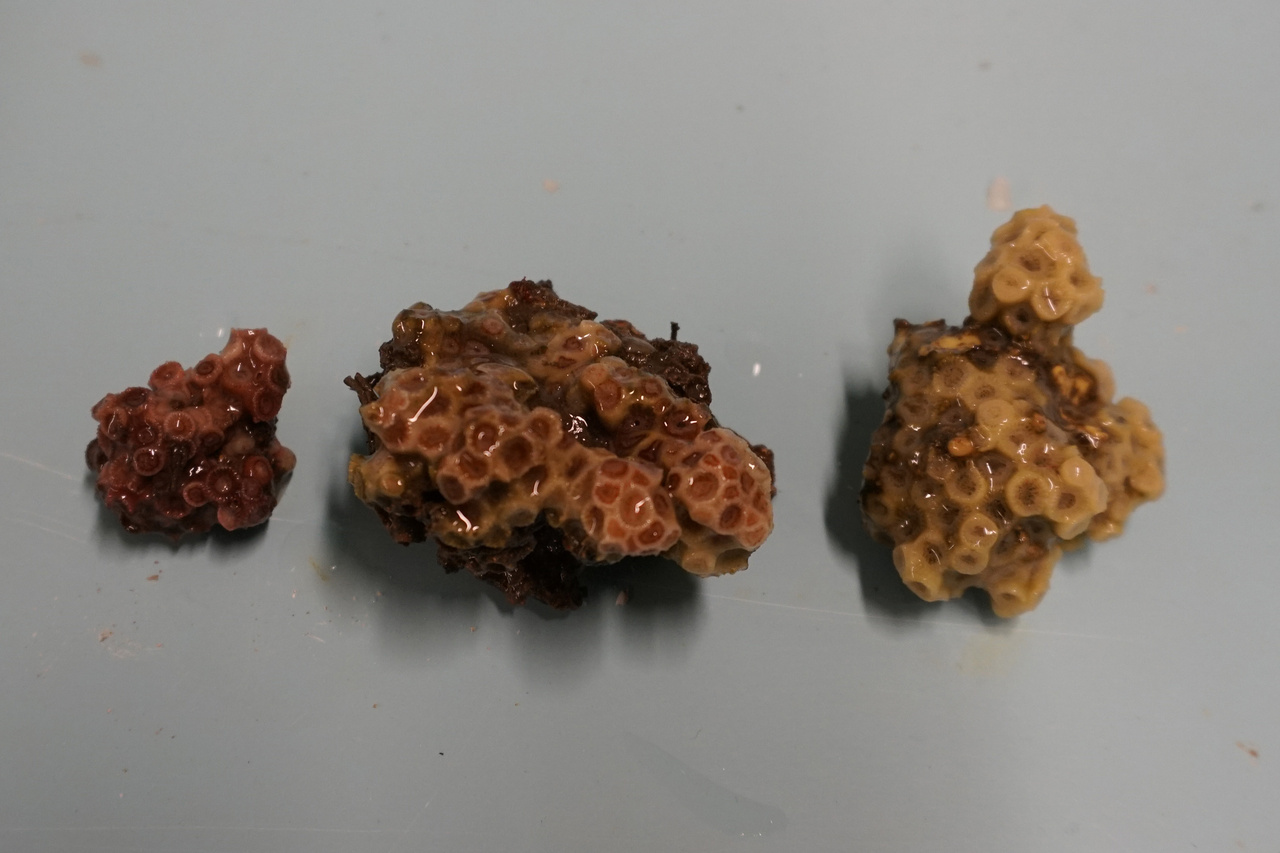 While not as colorful or charismatic as its tropical cousins, the northern star coral is a model system for investigating coral response to environmental change. Photo: NOAA Fisheries.

The northern star coral, however, can live with or without zooxanthellae, and the corals get along just fine on their own. Coral colonies without zooxanthellae use their tentacles to collect plankton from the water instead of relying on the symbiotic algae for food. The only noticeable difference is their color: Astrangia hosting zooxanthellae are brown; corals without the algae are white.

The increasing carbon dioxide in our atmosphere from human activities is also lowering the pH of ocean water, making it more acidic. Ocean acidification is a major threat to corals, as their ability to build their calcium carbonate skeletons will be reduced in a more acidic ocean. Coral skeletons are the foundation for tropical coral reefs, which are one of the most diverse ecosystems on earth.

The researchers will evaluate the effects of ocean water pH—a measure of acidity—and the presence of the symbiotic algae on the strength of the Astrangia skeleton. Northern star corals with and without symbiotic zooxanthellae will be kept in three different pH treatments for three months. At the end of the study, the team will measure the force required to break each coral’s skeleton. They will also collect tissue samples to look for metabolic effects on the coral. “Life can overcome challenges, but it comes at an energetic cost,” reflected Veilleux.

Unlike tropical corals, the tenacious Astrangia poculata has a wide geographic distribution, surviving in a variety of environments and climates. This is why scientists hope to unlock the secrets of its adaptability. The scientific community has a growing interest in this temperate coral, so much so that since 2016, Grace has been co-organizing the Astrangia Research Working Group. “The more knowledge we have of species on the fringes of their distribution, the better we can understand and predict the effects of climate change and ocean acidification,” said Grace.

Last updated by Northeast Fisheries Science Center on May 07, 2020