When can herbivore management improve outcomes for indo-Pacific coral reefs? Some marine reserves clearly benefit corals, but others have not. When and where might this approach be effective, and what are the key research gaps? 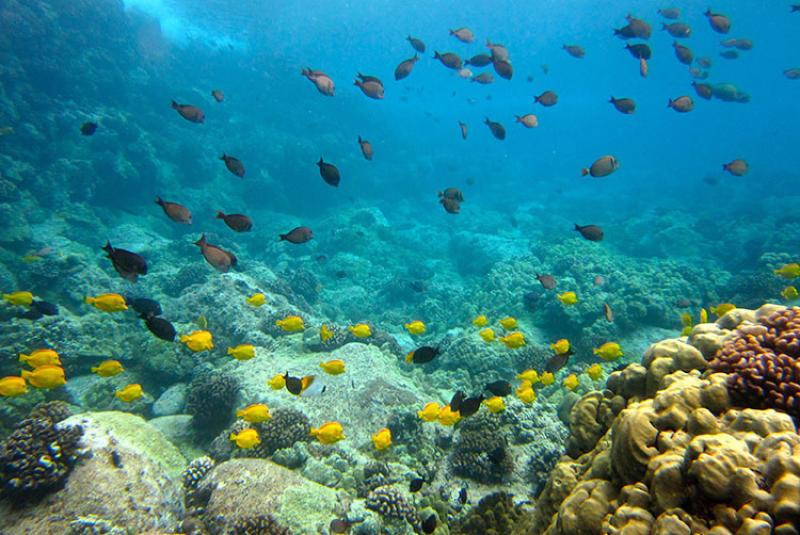 Over the last few years, mass coral bleaching events have seriously impacted coral reefs in the Pacific Ocean. For example, it is estimated that the 2015 event led to the loss of around half of the coral cover from West Hawaii. Similarly, reefs in Guam were repeatedly hit by major bleaching between 2013 and 2017. Projections show that bleaching events will increase in severity and frequency. These events highlight the importance of management strategies that might prolong the survival of functional reefs and buy time to deal with climate change.

Until recently, most scientists believed that protecting herbivores was one of the most important strategies for sustaining healthy coral reefs. Reef herbivores, including parrotfish and surgeonfish, feed on algae. Some types of algae compete with corals, reducing their ability to survive, grow, and reproduce.

It seems intuitive that protecting these algae-eating herbivores would improve corals’ ability to thrive, and thus for reefs to recover from destructive events. A common management strategy to protect herbivorous and other fish is to establish a marine protected area. However, there is evidence that many MPAs have provided limited or no direct benefits to corals. Some scientists are now questioning the importance of protecting herbivores. 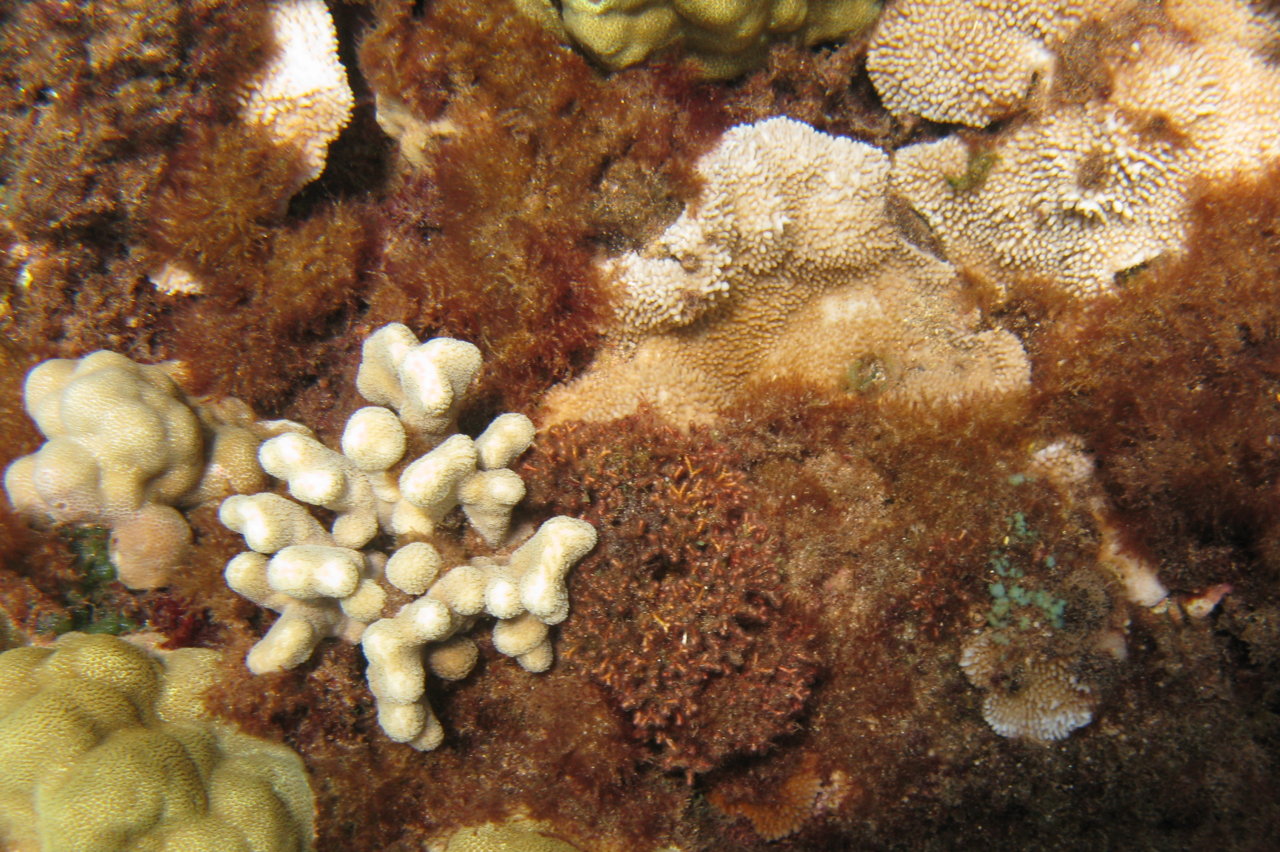 When there are few grazers, thick growths of algae can smother and stress corals, reducing their growth rate and inhibiting reproduction and settlement of new corals. Photo: NOAA Fisheries/Ivor Williams.

To examine this issue, scientists from NOAA and partner organizations conducted a review of the scientific literature. They wanted to understand why some MPAs have not improved outcomes for corals, while other MPAs were highly effective.

The study found that although herbivore management is not a universal solution, it can be effective in the following circumstances:

The greatest negative effects of certain algae are on coral settlement and early survivorship. Therefore, reefs that already have many large adult corals may not immediately benefit from herbivore management. However, when coral reef recovery is dependent on the recruitment and survival of new corals, abundant herbivores should be most beneficial. Even after herbivores are protected, it can take several years for them to recover. Proactive management would aim to ensure there are adequate stocks of herbivores in advance of future bleaching events. 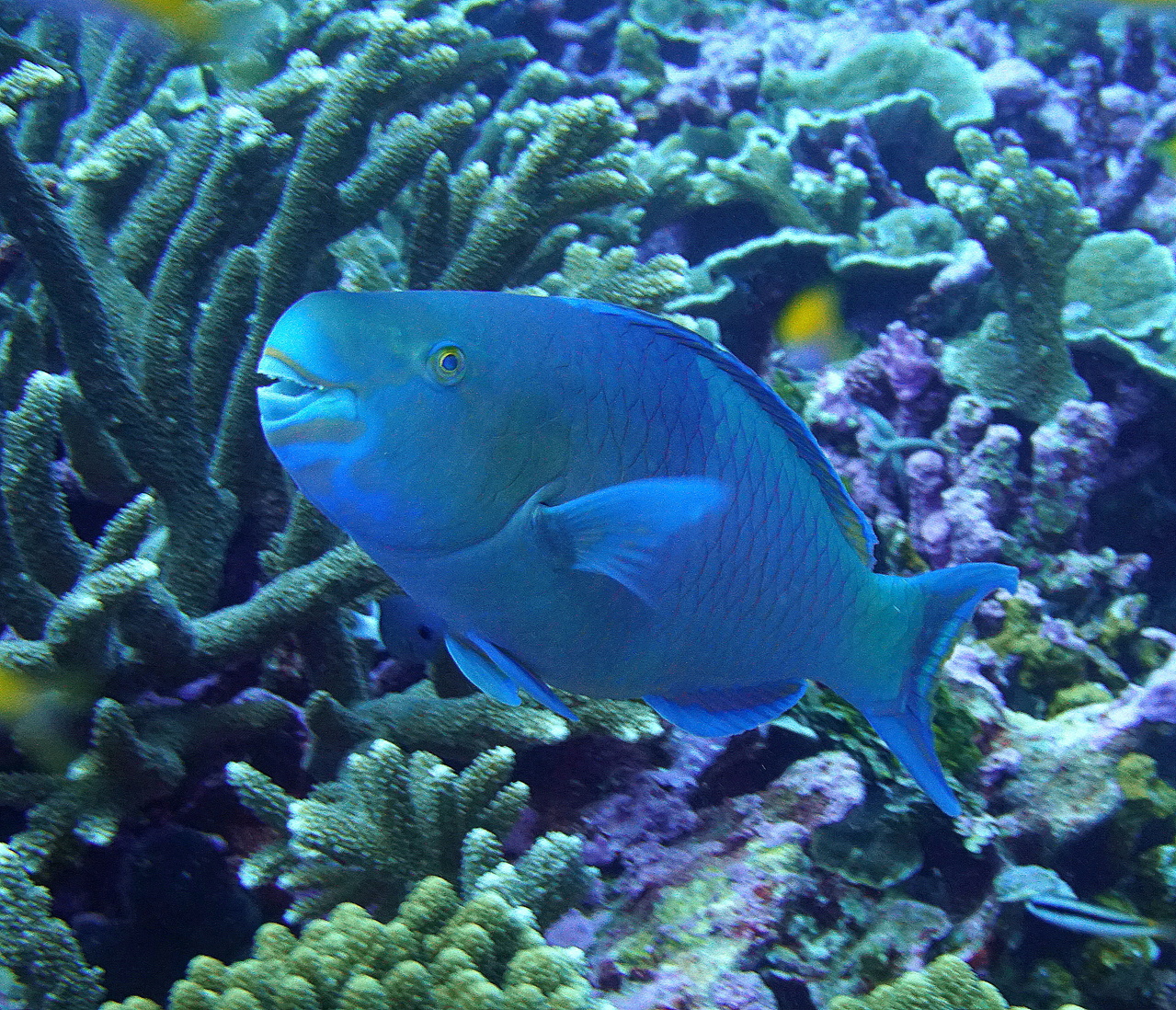 Overall, this research indicates that herbivore management has a role as part of a broader strategy to manage and reduce the threats to coral reefs.There is considerable complexity in terms of when and how much corals can benefit from such an approach. However, informed local managers can identify situations where this form of management has the best chance of benefiting these beautiful and vital ecosystems.