Gulf of Mexico reef fish anglers and charter boat captains: Improve your skills, earn gear, and support a healthy Gulf through “Return ‘Em Right.” This Gulf-wide effort is giving you the tools to ensure the fish we release live to fight another day. 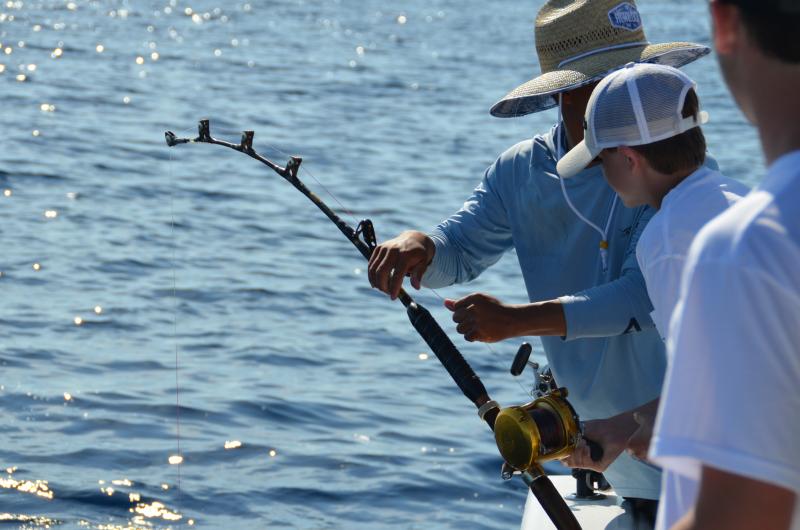 Return ‘Em Right is a new angler-driven initiative that will tackle release mortality from barotrauma in Gulf reef fish. The program offers Gulf of Mexico anglers an opportunity to sharpen their release skills when targeting reef fish like groupers and snappers. In return, anglers will receive release gear to use on the water. The gear and skills will help fish that are released get back down to the depths they typically inhabit and continue to thrive. Providing anglers with the knowledge and tools to successfully release reef fish will benefit today’s angler, the next generation of anglers, and the overall health of reef fish fisheries.

Reef fish species are recreationally, commercially and ecologically important to the Gulf of Mexico, but were substantially harmed by the 2010 Deepwater Horizon oil spill. Trillions of fish larvae were killed. These losses likely translated into millions to billions of fish that would have reached a year or older, and grown to catchable sizes. The spill also negatively impacted juvenile and adult reef fish health and their communities.

Barotrauma, and How to Save Fish From It

Barotrauma is a pressure-related injury caused by reeling a fish from depth. This injury occurs when gases expand in a fish’s tissues and organs causing internal damage and bloating. When released at the surface without relieving the pressure, fish can struggle to return to the bottom and consequently die.  Discard mortality, or death after release, is estimated to affect millions of fish each year. Adopting best release practices can greatly improve the survival of released reef fish, which will benefit their populations and their ecosystem.

Return ‘Em Right focuses on training anglers to be prepared with the tools necessary to successfully release fish. It helps them recognize signs of barotrauma, and know what to do when they encounter it.

In the past, barotrauma has been treated using a venting tool to release gas from a fish’s swim bladder and body cavity. This sharp, hollow device is capable of penetrating the abdomen of a fish without harm in order to release the excess gas.

Although venting can be effective if done properly, experts and research support the use of descending devices as the preferred method to release reef fish. Descending devices are weighted devices that help fish overcome buoyancy and symptoms of barotrauma by releasing them at depth. This reduces the number of reef fish that die after release. The devices come in a variety of forms including weighted inverted hooks, lip clamp devices, or boxes or crates capable of releasing fish at depth.

How Can You Get Involved?

This program is seeking reef anglers who are committed to learning best release practices and using them on the water. Starting now, federally permitted headboat and charter boat captains and crew in the Gulf of Mexico will be eligible to take the program’s short training module. They will receive free gear in return.  Partners will be reaching out directly to the federal for-hire sector with an invitation to take the module soon.

Opportunities to take the training and receive gear are expected to last for several years. Partners expect to reach tens of thousands of anglers invested in helping more fish survive, and a healthier Gulf of Mexico.

Other aspects of the project include:

In total, all of these efforts will help increase the number of fish that get back down to depth safely to help more fish live, and provide improved fishing experiences for anglers.

Last updated by Office of Habitat Conservation on September 14, 2021