It's that time of year. River herring are returning to local rivers and streams to spawn. Learn about the efforts to count these fish during their annual migration. 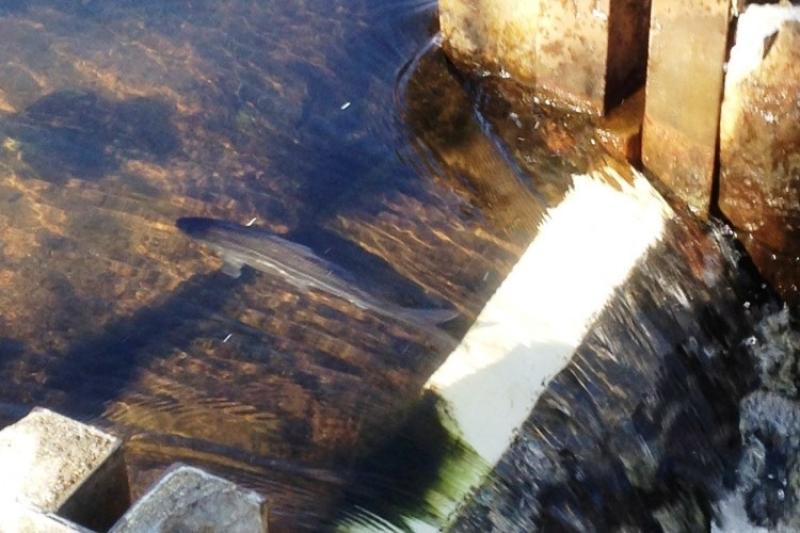 It’s that time of year. River herring are returning to local rivers and streams to spawn. For Northeast Fisheries Science Center researcher Ruth Haas-Castro, counts began April 1 at Mill Pond in Marstons Mills on Cape Cod and will continue while the river herring are running in April and May, sometimes into June. Water temperature needs to be about 52 degrees F for the river herring to move, which means the night-time temperatures have to remain above freezing.

Haas-Castro, who studies Atlantic salmon and other river-run fish species, volunteers for a ten-minute time slot at Mill Pond when she has a chance, joining a community count run by the Barnstable Clean Water Coalition and the Town of Barnstable. The coalition runs the Mill Pond count and the town manages a count at Middle Pond just up the road.

“I’ve been participating in the count since 2011. It helps me keep a finger on the pulse of river herring,” Haas-Castro said of her volunteer efforts. “Plus it's really close to my house so it is easy for me to do, and its related to my work.”

There are twelve slots each day for the Mill Pond count, with nine required for a good count. Most are filled by retirees and other interested citizens. The weather has been cool and Haas-Castro hadn’t seen any fish until Saturday, April 14, when she counted 7 river herring during her 10-minute slot.

Haas-Castro has recruited several other NEFSC staff to join the effort, and noted that similar river herring counts are going on all over the Cape and up and down the Atlantic coast.

World Fish Migration Day is celebrated on April 21, but events are planned through May.