The Road to Restoration for Sea Turtles

Sea turtles are irreplaceable. They serve unique ecological roles and are highly valued by the public. They are also vulnerable to threats caused by human activities. 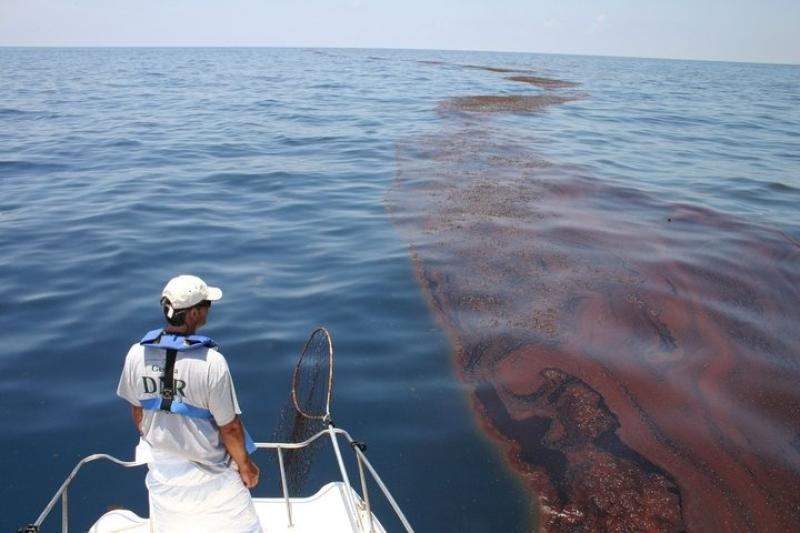 Sea turtles are irreplaceable. They serve unique ecological roles and are highly valued by the public. They are also vulnerable to threats caused by human activities.

The five sea turtle species found in the Gulf of Mexico are listed as threatened or endangered under the U.S. Endangered Species Act (ESA). They depend on the Gulf, which provides critically important habitats for their reproduction, feeding, migration, and refuge. For example, very young sea turtles live in the offshore waters of the Gulf and depend on rafts of Sargassum algae pushed together by the movement of water in convergence zones for food and shelter.

What happens to the Gulf deeply affects the sea turtles that depend on it. On April 20, 2010, the explosion of the Deepwater Horizon (DWH) oil rig resulted in an oil spill that flowed for 87 days. Approximately 134 million gallons of oil escaped into the Gulf. There is no question that this unprecedented event seriously affected sea turtles. Sea turtles encountered oil in contaminated marine and nesting habitats. Oil fouled their skin and eyes, they breathed oil vapors, swallowed oil-contaminated water and prey, and they were mired in oil.

U.S. laws specify how we determine the extent of injury to natural resources in the face of oil spills and require restoration of what was lost or injured. These processes are governed by the Oil Pollution Act of 1990 and the National Environmental Policy Act. Following these laws we prepared a damage assessment and restoration plan, as well as an environmental impact statement, to guide our actions in response to DWH.

The scope of the harm to sea turtles caused by the DWH oil spill is sobering. We determined injuries and deaths to multiple life stages of loggerhead, Kemp’s ridley, green, and hawksbill turtles. Leatherback turtles were also exposed to oil, but we could not estimate the extent of the injury to them for reasons related to their unique biology. Specifically we found that the oil spill:

More details on the injuries to sea turtles that occurred as a result of the oil spill can be found in the Programmatic Damage Assessment and Restoration Plan.

Part 2: The Road to Restoration for Sea Turtles After the Deepwater Horizon Oil Spill

After the immediate intensive activity surrounding the oil spill, planning for and starting on the road to restoration and recovery can seem painfully slow.

However, we have good signposts on this road to restoration and recovery for sea turtles. Our environmental laws, like the Oil Pollution Act of 1990, the National Environmental Policy Act, and the Endangered Species Act (ESA), provide the outline for us to follow. Additionally, each sea turtle species has a recovery plan developed and implemented under the ESA. These recovery plans provide a blueprint for recovery of the species, based on decades of scientific and management expertise, and will help inform and guide our restoration planning in the aftermath of DWH. With court cases now settled and other requirements under these environmental laws complete, NOAA and the other Trustees (other federal agencies and the Gulf states) can move forward with work to remedy the damage done to sea turtles during DWH.

In 2015, NOAA and the Trustees were able to begin an early restoration project focused on reducing bycatch of sea turtles in the shrimp trawl fishery. This 10-year project will increase outreach and education to improve compliance with turtle excluder device regulations, increase observer coverage and data collection in the shrimp trawl fishery, and enhance the Sea Turtle Stranding and Salvage Network.

You can find more details on the planned sea turtle restoration here.

Together, NOAA and the Trustees are restoring sea turtles to where they belong, as important parts of the Gulf of Mexico community.