Understanding how the environment influences Pacific sand lance growth is crucial for managing this keystone forage fish in a changing climate. 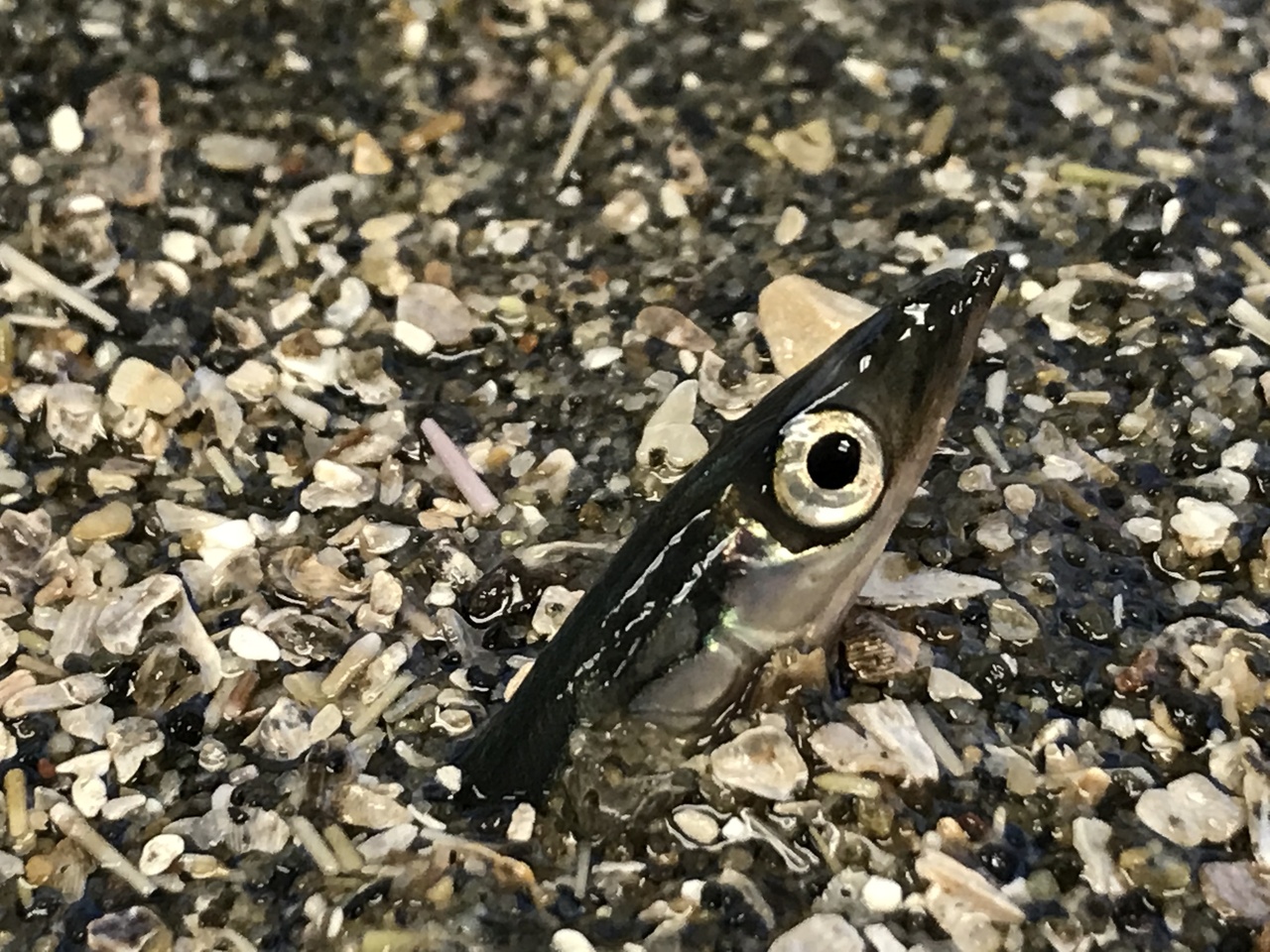 What do a variety of marine mammals, seabirds, salmon, and other commercially important fish have in common?

They live in the Gulf of Alaska Large Marine Ecosystem. And they eat Pacific sand lance.

Sand lance are an important food source for many iconic and valuable species in the Northeast Pacific. Yet despite their importance in the ecosystem, little is known about their basic biology.

“Despite their importance in the ecosystem, there were few good estimates for sand lance growth rates or age structure—the proportion of the population in each age class. We also had no information on whether age and growth patterns differ by region or respond to environmental conditions,” said coauthor Matthew Baker, an ecologist at the University of Washington’s Friday Harbor Laboratories. “This research looked across a Large Marine Ecosystem to compare populations in the context of local environments. With a series of recent marine heat waves, it is important to predict how ocean temperature and food availability influence growth.“ 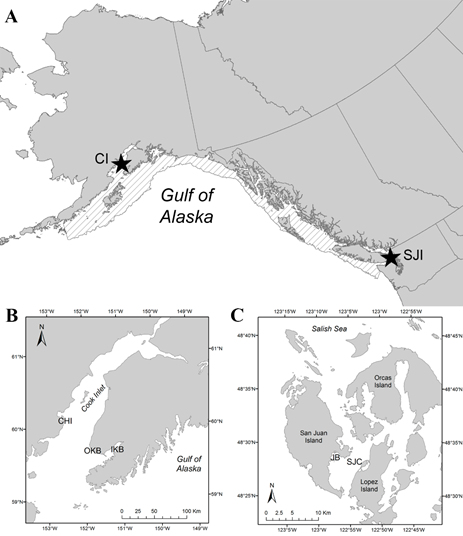 A) Pacific sand lance study areas represent latitudinal extremes within the Gulf of Alaska Large Marine Ecosystem (hatched area).  B) Cook Inlet (CI) was the site of an earlier study by Robards et al., 2002.  C) Sand lance in the recent study were sampled at two sites  (JB and SJC) in the Salish Sea (SJI) for the current study.

To find out how fast sand lance grew, the study looked at their length-at-age. Growth was then compared between regions and in relation to environmental conditions to gain insight into what influences it.

Otolith age determinations were made by scientists in the Age and Growth Program at NOAA’s Alaska Fisheries Science Center. More than 30,000 otoliths of multiple species are analyzed each year at the Center. But sand lance posed a particular challenge.

“Sand lance otoliths are really tiny,” said Matta. “Handling them is difficult, compared to the otoliths of the much larger fish that I’m used to working with. I had to be really careful not to accidentally drop them! Also, few people have done otolith-based ageing on Pacific sand lance, so there weren’t a lot of references I could turn to for methods on how to age them. That was why I felt it was really important to make an image reference library based on the otoliths from our study.”

The team drew on a variety of data sources to look at environmental factors that may have influenced sand lance growth. These included sea surface temperature, light levels, and measures of biological productivity (an indication of how much food was available). Environmental data were from locations as close as possible to the sand lance sampling sites in both the Cook Inlet and Salish Sea studies. 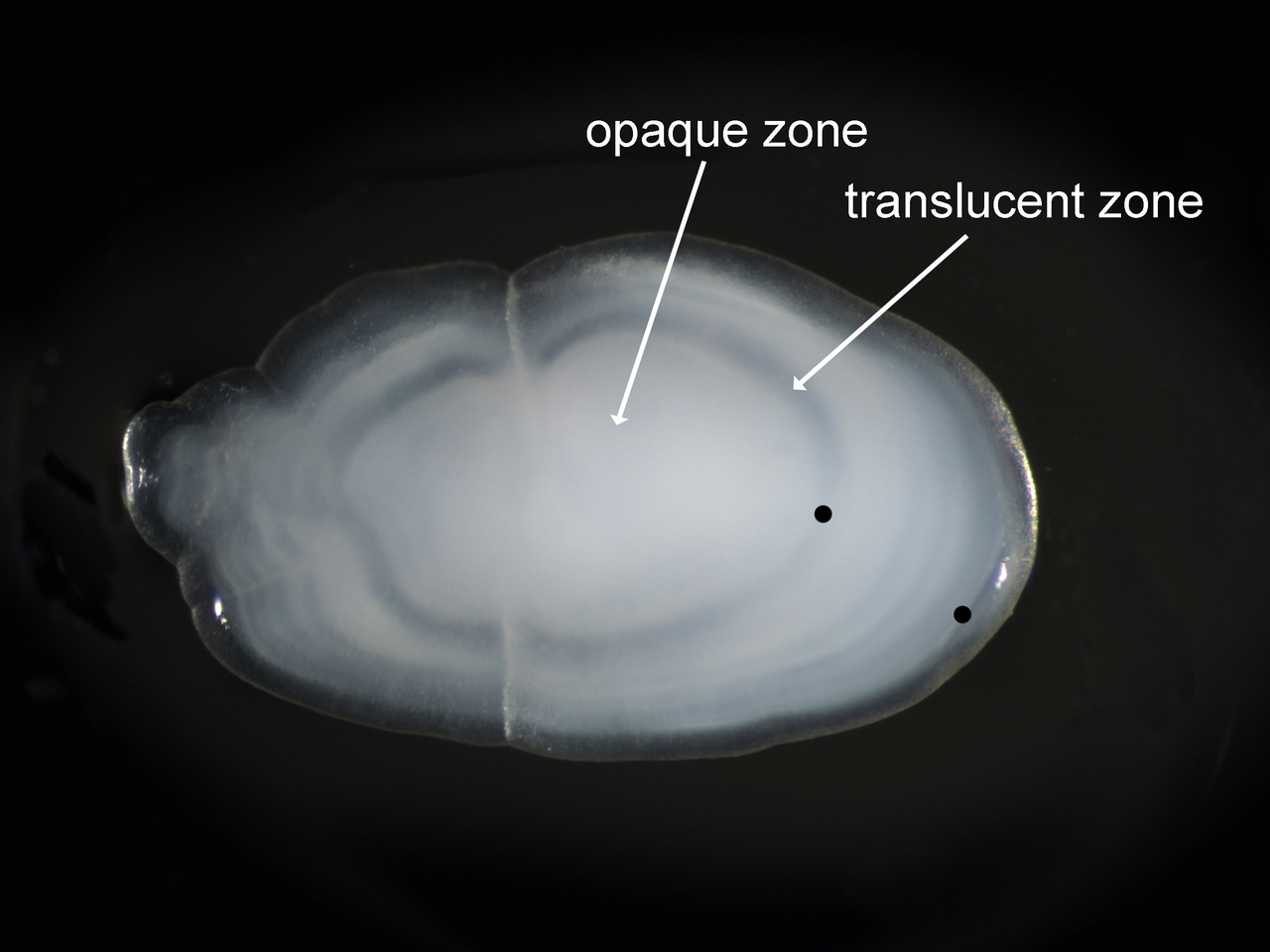 The study provided the first age information for Pacific sand lance in the Salish Sea region, and some of the first otolith-based age determination for this species anywhere.

“Salish Sea fish were generally smaller at age than fish in Cook Inlet,” Matta explained. “We didn’t expect to see such large differences in growth. We believe they were linked to differences in climate and prey availability in the two regions.”

Pacific sand lance undergo winter dormancy as a strategy to cope with resource limitation. They bury themselves in the sediment to conserve energy in winter when their zooplankton prey is in short supply.

“From other studies, there is evidence that sand lance stay dormant for longer in Cook Inlet than they do in the Salish Sea. Colder winter temperatures in Cook Inlet allow sand lance to conserve energy by lowering their metabolic demands during winter dormancy. They can then take advantage of warm temperatures and high food productivity in the summer to increase overall growth,” Matta explained. “Conversely, higher mean temperatures over the year in the Salish Sea mean sand lance have higher metabolic demands there. In other words, they need more food to grow and survive. This may reduce their capacity for fast growth during times when food is limited.” 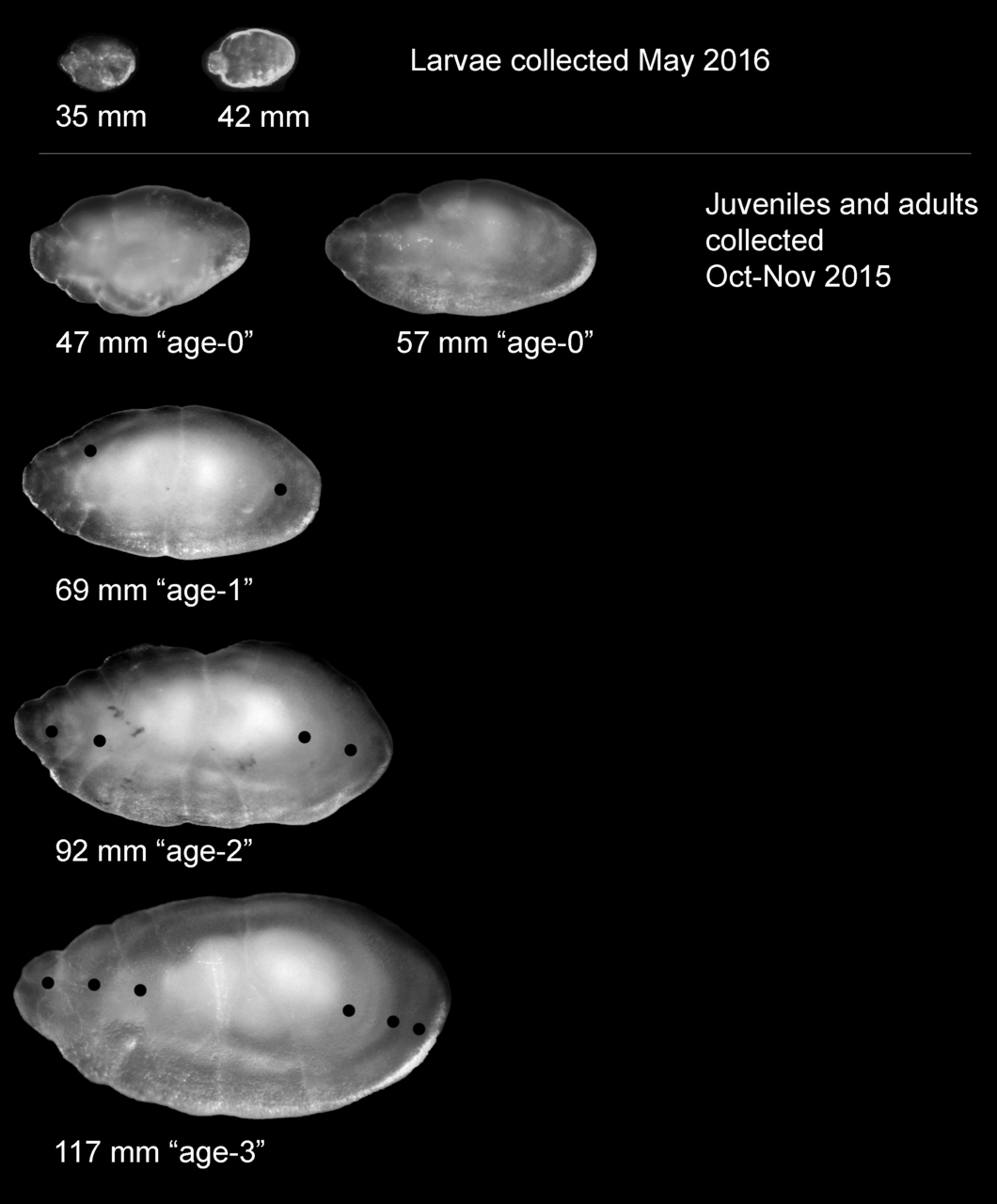 “Our research provides a jumping off point to ask questions about spatial and temporal variability in growth of this important species,” Matta said.

“Two limitations of our study were that our Salish Sea fish grew during a recent marine heatwave (unlike those in the Cook Inlet study, which were sampled in the mid-1990s), and we looked at only a single discrete stock near Friday Harbor. A new assessment of growth within the same time frame and during more typical conditions in both regions would help us figure out how much of the difference we saw between regions might be related to the heatwave. We also want to make a concentrated effort throughout the Salish Sea as well as sample other regions where Pacific sand lance are found. That way, we’d be able to quantify the level of variability within the Salish Sea and determine whether differences in growth at relatively small spatial scales might outweigh differences across the the entire Gulf of Alaska ecosystem.”

“This research is a first stab at characterizing age and growth of this little-studied species in the Salish Sea. Now we want to take what we have learned and build upon it. A population’s growth and age structure can help us understand more about its productivity and how resilient it may be to changes in the ecosystem. Under a changing climate, which could have profound effects on growth of Pacific sand lance and their ability to survive to the next year, such research is especially important. ”