Temperatures of up to 7 degrees Fahrenheit above normal disrupted the marine ecosystem in both expected and surprising ways. 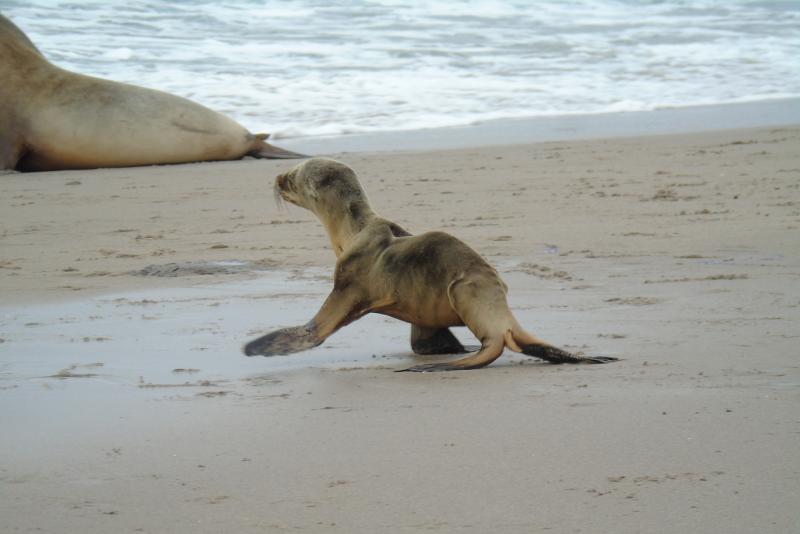 Editor's Note: About five years ago a large marine heatwave that became known as “The Blob” took hold in the Pacific Ocean off the West Coast. This is the first installment of a three-part series about "The Blob" and a changing ocean, and what it may mean for the future of the California Current Ecosystem.

When he saw the sampling nets hauled aboard a NOAA research ship off the coast of Oregon in the summer of 2015, Ric Brodeur knew right away something very strange was happening.

Small, shrimp-like krill are food for many other marine species. They usually showed up in such volume that they turned the nets pink.

“It was like night and day compared to previous years,” recalled Brodeur, a research scientist at the Northwest Fisheries Science Center’s Newport, Oregon, Research Station. “We got almost nothing. You could have fit all the krill from the trip into a little plastic bag.”

He was among many West Coast marine scientists who became a kind of early warning system for the marine heat wave. It was unlike any the West Coast had ever experienced before. Starting in the fall of 2013, a ridge of high pressure dampened the normal winter winds across the eastern Pacific Ocean. The sun warmed the sea surface into an ever-expanding hot spot that soon became known as “the Blob.”

By the fall of 2014, it had spread up and down the West Coast. It extended from the Gulf of Alaska to Baja California in Mexico, and pushed sea surface temperatures as much as 7 degrees (Fahrenheit) above average. Climatologists predicted a major El Niño pattern based on high temperatures near the equator that same year, but it fizzled in the face of the Blob. 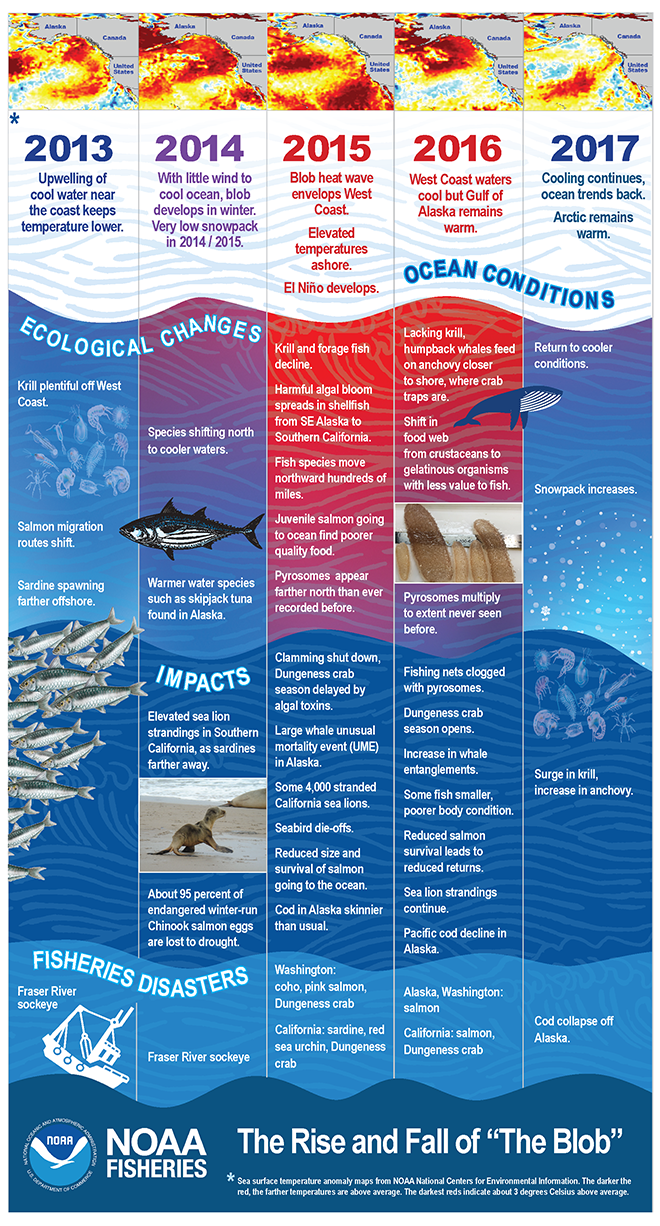 Fish that usually spawn in the middle of summer started spawning in winter off Oregon, Brodeur noted. Salmon migration routes changed. Subtropical species such as tuna and swordfish appeared hundreds of miles beyond their typical range.

In 2014, surveys spotted flotillas of tens to hundreds of small endangered loggerhead turtles off Southern California. NOAA Fisheries closed a vast reach of the Southern California Bight to drift gillnet fishing that could entangle the turtles. This was a step previously taken only when an El Niño pattern warmed local waters. In this case, The Blob had warmed waters as much or more than a powerful El Niño.

A more complete survey in 2015 estimated more than 70,000 young loggerheads riding currents through the area. Scientists surmised that the warming waters had opened a new migration corridor for turtles from the central North Pacific.

“You had a number of things occurring that by themselves were just astounding,” said Nate Mantua, an atmospheric scientist at NOAA Fisheries’ Southwest Fisheries Science Center. “When you put it all together you could hardly believe it.”

The Blob has led to scores of scientific papers describing its conditions and impacts. Scientists and managers are also now asking hard questions about what the region has learned. How quickly would they recognize another oncoming blob, or other changes never seen before?

“We saw many of these things as discrete events,” said Cisco Werner, Chief Scientist at NOAA Fisheries. He headed the Southwest Fisheries Science Center in La Jolla, California, when the Blob took hold. When he spoke to public audiences at the time, there were questions about starving sea lions. “We didn’t put together right away that it was something bigger, in part because it was so unprecedented.”

“In the future we have to be more ready to be surprised,” he said.

While much of the northeast Pacific cooled in 2016, conditions never entirely returned to normal. Even now residual heat from the Blob still dwells beneath the surface. Even so, the Blob years brought such unprecedented change to the ocean that “normal” may now be an anachronism.

“Will we go back to more familiar conditions, or will it be something else we’ve never seen before?” asked Brodeur, who has researched the ecological changes of The Blob years. He and his colleagues found a shift in the food web. It was once supported by tiny shelled crustaceans rich in nutrition, to one dominated by gelatinous sea life such as jellyfish and odd pyrosomes. These tropical creatures—which resemble translucent pickles—were never before reported off the Pacific Northwest. 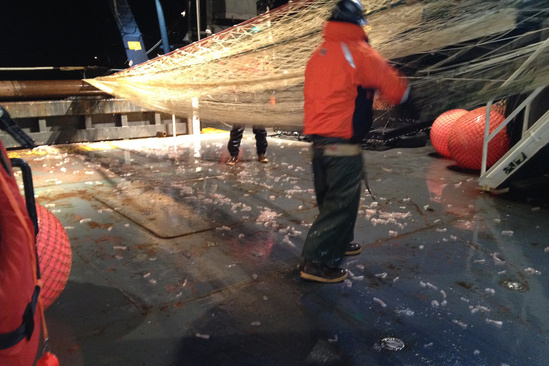 Pyrosomes can be seen littering the deck of this research vessel.

The gelatinous organisms compete with native species. They vacuum up food other fish might eat, and they themselves hold less nutritional value for native species such as anchovy and sardines. The effect hits the marine food web like a one-two punch, reducing the quality of available food and increasing competition for what’s left.

Brodeur and his colleagues called it “an extraordinary and unprecedented perturbance.” They questioned in a research paper whether the system had reached a tipping point from which it might never return.

“Is the ecosystem resilient enough to bounce back if environmental conditions return to something close to normal?” asked Brodeur, who has studied waters off the Northwest Coast for more than 20 years. “That’s what we don’t know.”