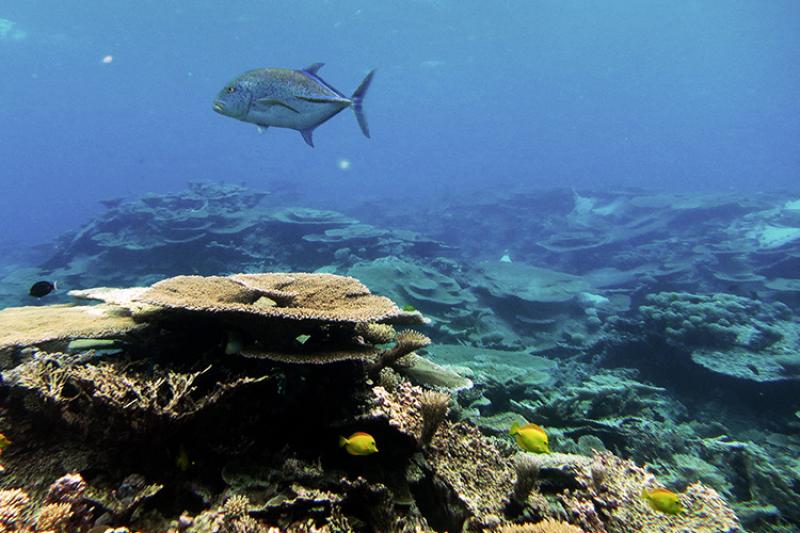 They buffer our shores from powerful waves, storms, and floods. They provide homes and shelter to numerous species of fish — including many that are an important part of subsistence, commercial, and recreational fishing — and supply surfers, boaters, snorkelers, divers, and fishers with bountiful leisure.

And they serve as the "medicine cabinets" of the 21st century, housing plants and animals that are increasingly becoming the target of research projects looking into new drugs for everything from cancer, to arthritis, to microbial infections.

Just what are these valuable resources?

They're shallow coral reefs, which the United States identifies as essential fish habitat (EFH) — areas necessary for federally managed fish and other organisms to reproduce and survive.

There are more than 22,000 square kilometers of shallow coral reef here in the U.S. Pacific Islands and includes tens of thousands of species, which are home to over a thousand species of reef fish.

"Our coral reefs are in Hawai‘i, American Samoa, Guam, and the Commonwealth of the Northern Mariana Islands (CNMI)," explains Mike Tosatto, Regional Administrator for NOAA Fisheries in the Pacific Islands. What's more, shallow coral reefs also surround several islands and atolls in the Central Pacific — such as Wake and Johnston Atolls, and Baker and Jarvis Islands — that are collectively known as the Pacific Remote Island Area. "Aside from being physically expansive and biologically diverse, coral reefs in the U.S. Pacific Islands provide extensive economic benefits." 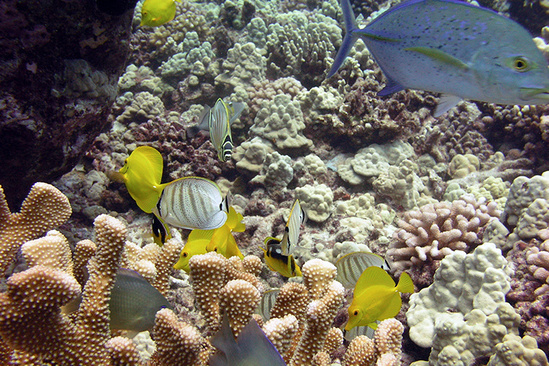 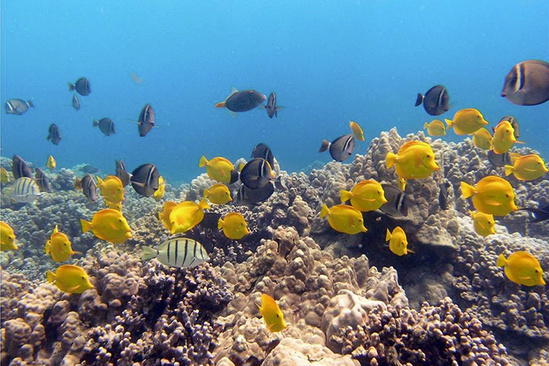 Schools of surgeonfish swim around a colony of lobe coral at the Island of Hawai‘i's Ke‘ei reef. 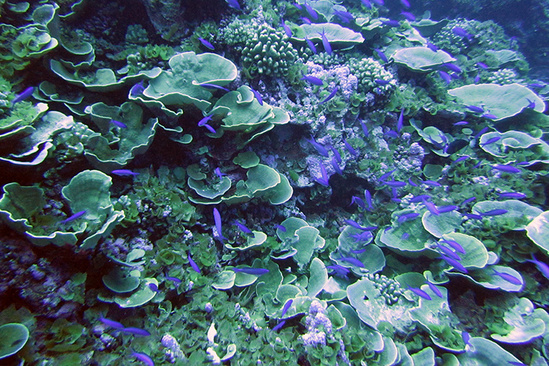 A school of purple queen anthias fish among the plating rice coral and branching cauliflower coral in the reefs around Swains Island in American Samoa.

For instance, when combining recreational, amenity, fishery, and biodiversity values, Hawai‘i's coral reefs alone are estimated to have direct economic benefits of approximately $455 million in 2012. Coral reefs in Guam, on the other hand, provide residents and visitors annual benefits of about $68 million.

But these coral reefs face numerous threats from climate change and other human activities, such as overfishing and pollution. For instance, high ocean temperatures from climate change in recent years have caused mass coral bleaching events in Hawai‘i, American Samoa, and other Pacific areas, resulting in significant coral mortalities.

Various regulatory actions and laws help ensure the survival of these valuable reefs.

The Western Pacific Fishery Management Council is responsible for managing fisheries in the federal waters of the Pacific Islands Region, which contain a portion of the shallow coral reefs in the region (the rest of the reefs are within State and Territory waters). In 1986, the council banned bottom trawling and other potentially destructive and non-selective fishing gear — which could damage coral reefs — in these managed offshore fisheries.

And in 2014, NOAA Fisheries listed 14 species of Indo-Pacific corals as "Threatened" under the Endangered Species Act (ESA), a move that provides enhanced federal protections against harm and collection of the listed species.

Less recognized, however, is the role that NOAA Fisheries and EFH play in protecting the region's shallow coral reefs from non-fishing human activities.

"A lot of people when they think about NOAA Fisheries and they think about regulatory framework, they immediately go to ESA or other laws," says Gerry Davis, NOAA Fisheries Assistant Regional Administrator for Habitat Conservation in the Pacific Islands. "There's no doubt that our EFH authority is having a significant benefit for the resources that NOAA Fisheries [and our State and Territorial partners are] managing and I think that's one of those untold treasures for NOAA Fisheries."

The benefits of protecting EFH 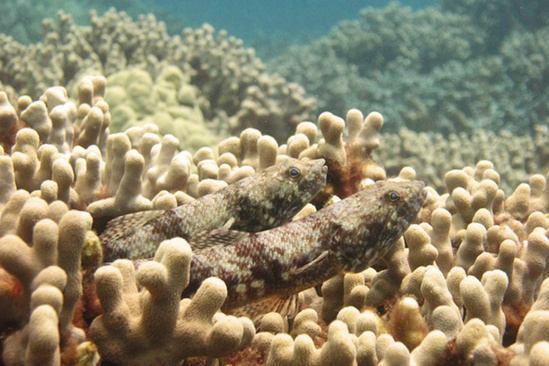 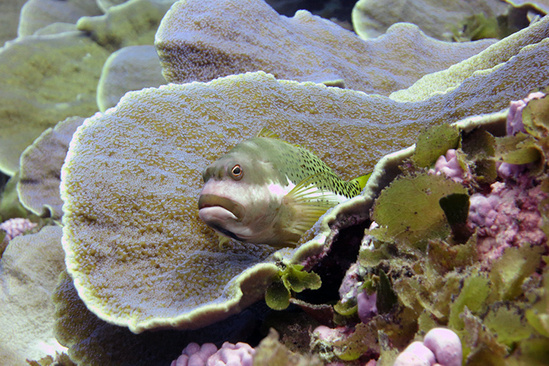 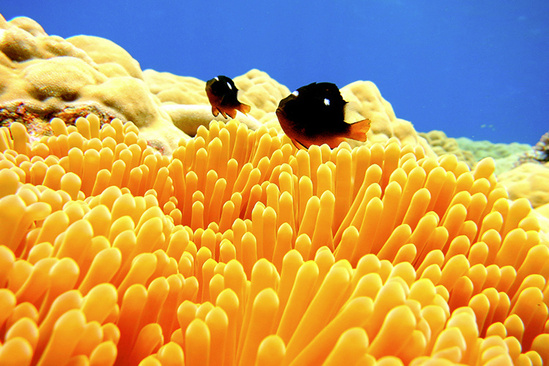 Top: A lizardfish hides among finger coral. Bottom-left: A whitespot hawkfish peers out from a perch in the plating rice coral at Swains Island in American Samoa. Bottomright: Two small damselfish above the brightly colored tentacles of a sea anemone at Kingman Reef in the Pacific Remote Islands Marine National Monument.

"It's partly the case in Hawai‘i and the Pacific that EFH is everywhere," says Alan Everson, retired NOAA Fisheries EFH coordinator. That is to say: All coral reefs in the U.S. Pacific Islands are considered EFH for many managed species.

For example, lobe and finger corals are the most common types of reef-building corals in Hawai‘i — these EFH are home to a range of fish, including various species of surgeonfish, damselfish, triggerfish, goatfish, and snappers. And in American Samoa, table coral serves as an EFH and food source for butterflyfish, such as the Chevron Butterflyfish.

Importantly, EFH designations don't exclude commercial or recreational activities from occurring on or near shallow coral reefs. Rather, they ensure that federally funded, permitted, or conducted coastal and marine activities move forward in a way that minimizes harm to fish habitat.

Before undertaking projects that may directly or indirectly harm coral reefs, federal agencies must consult with NOAA Fisheries to gauge the potential effects on EFH, managed species, and associated species (such as major prey species), and discuss potential mitigation measures — such as planting seagrass or relocating disturbed corals.

In the Pacific Islands, NOAA Fisheries conducts about 200 consultations a year, says EFH coordinator Danielle Jayewardene. "The majority involve us recommending mitigation measures to protect coral reefs," she says, adding that the consultations have helped protect hundreds of thousands of coral colonies.

"These consultations, however, haven't always been welcomed as agencies are under pressure to complete their projects on time," Everson says.

But over time, federal agencies have begun to realize that early coordination and collaboration on these activities can save them time and money, and help them produce a better project. They recognize the intent of EFH consultations is not to stop or create hurdles for economic progress and development, but rather to protect precious habitats that important fisheries species need for productive commercial, recreation, and tribal fisheries, Davis says. 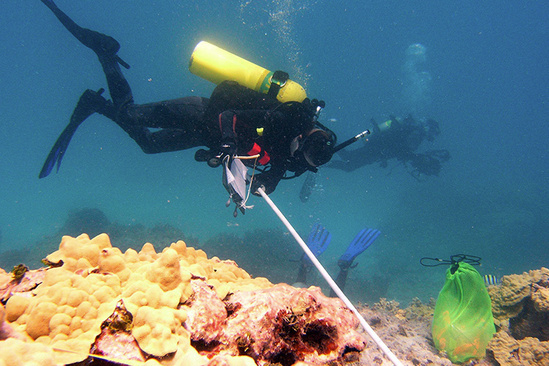 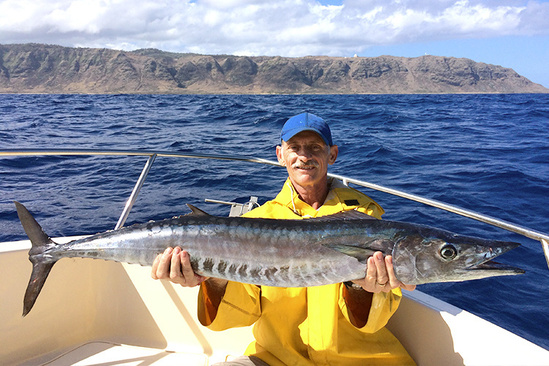 "We're trying very hard to maintain that resource as best as we can, recognizing we need a healthy and viable economy," Davis says. "The fruits of the EFH work are reflected in whether I catch fish or not. That's a very easy way for me to justify what I do." 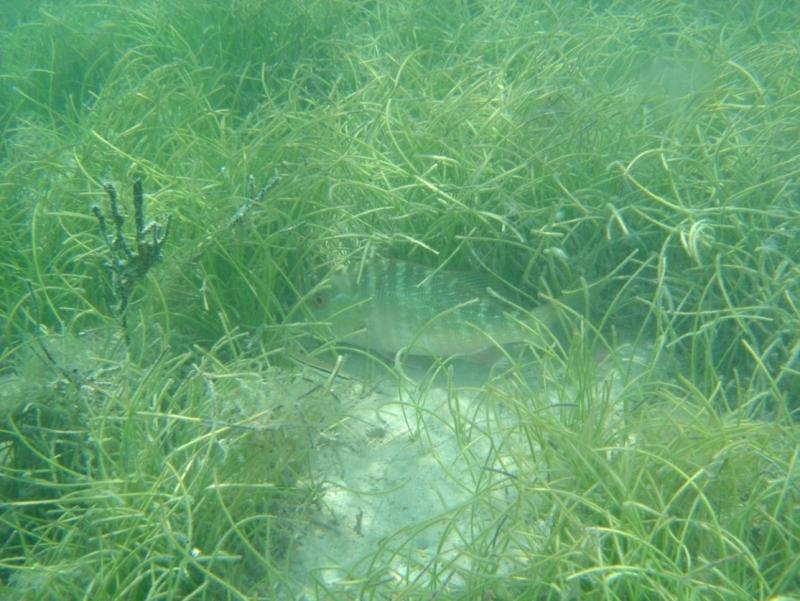