Shining a Light on Toxoplasmosis in Hawaiʻi 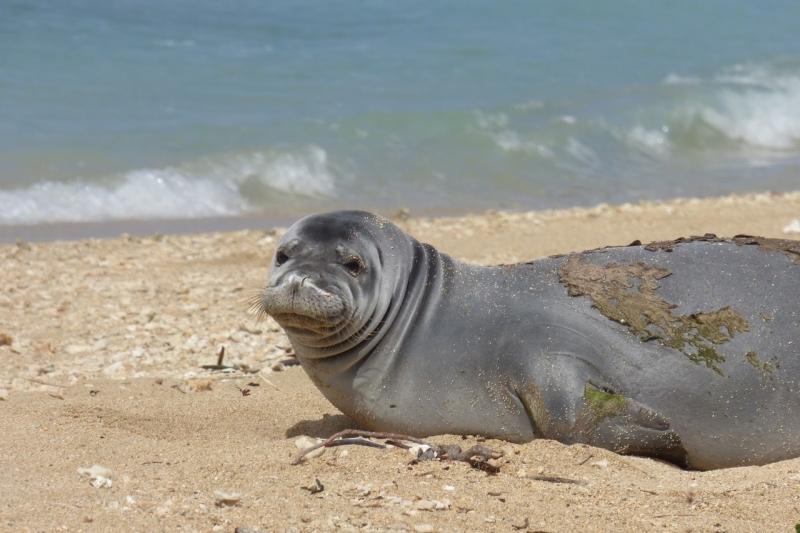 NOAA Fisheries has released an infographic and fact sheet explaining how Toxoplasma gondii, the parasite behind toxoplasmosis, spreads from the mountains to the oceans and ultimately harms Hawaiian monk seals.

The parasitic disease known as toxoplasmosis has killed at least eight Hawaiian monk seals — the stateʻs highly endagered state mammal, of which only 1,400 are left in the wild — since 2001. In late 2015, a beloved monk seal named Uʻilani died from toxoplasmosis.

The disease is considered one of the "Big Three" threats to monk seals in the main Hawaiian Islands, the others being trauma and interactions with certain kinds of fishing gear.

Any warm-blooded animal, including humans, can contract toxoplasmosis by ingesting a single T. gondii egg — and cats are essential for the reproduction and spread of the parasite. If a cat eats an animal infected with T. gondii, such as a bird or mouse, it will contract the parasite and spread more eggs into the environment.

Toxoplasmosis can cause birth defects if a pregnant woman becomes infected with the disease, typically by accidentally ingesting cat litter/fecal particles, consuming under-cooked meat or unwashed produce, or encountering the eggs in the soil. Additionally, toxoplasmosis was partly responsible for the extinction of the Hawaiian crow (ʻalalā) in the wild and is known to have killed Hawaiʻi's endangered state bird, the nēnē goose.

NOAA Fisheries is also participating in a forum, hosted by the Hawaiʻi State Environmental Council, that will highlight what experts know about toxoplasmosis in Hawaiʻi and provide an opportunity for public discussion about this threat and its potential solutions.

Free and open to the public, the forum is taking place on Saturday, March 31, 2018 from 9am to 12pm and will be held in Classroom 2 at the University of Hawaiʻi at Mānoa William S. Richardson School of Law.