Tagging Along on an Ocean Migration 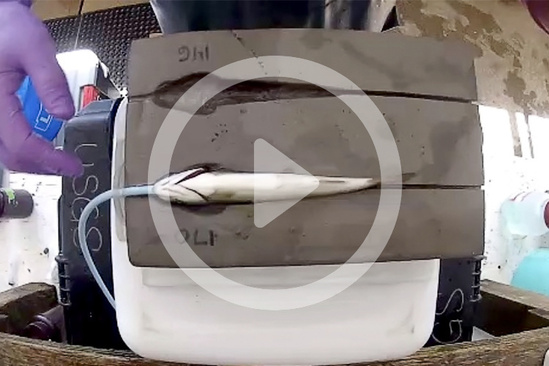 View video of implant of acoustic transmitter tag in a juvenile Chinook salmon.>

Right now, young Chinook salmon are leaving the rivers they were born in to begin life at sea.

The first year in the ocean is thought to be the most critical time in the life of a salmon, and largely decides how many will live and be available to harvest as adults or return to their natal rivers to spawn. Yet little is known about what salmon do during that critical first year at sea.

"We know when they leave the rivers, where they are caught, and when they return, but much of what happens in between is a mystery," says NOAA research biologist John Eiler of the Alaska Fisheries Science Center.

Salmon are an important part of traditional subsistence lifestyles and support valuable commercial and recreational fisheries throughout Alaska. Other interactions with human activity are causes for concern. Salmon are caught incidentally as bycatch in other fisheries, including the Bering Sea walleye pollock fishery, one of the most valuable in the world. Concern that bycatch is contributing to the decline of salmon populations in Alaska has resulted in fishing restrictions and closures. These actions can have a major economic impact on local communities. Information on the movements of salmon and pollock can help minimize bycatch and better manage marine fisheries.

Understanding the migration patterns of salmon now is also important to establish baseline information, so that we can monitor the effects of a changing ocean environment on salmon and the people who depend on them. 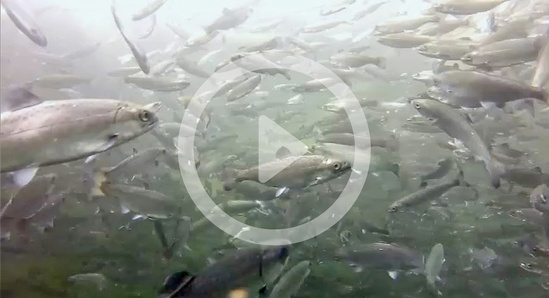 This spring, salmon swimming to sea for the first time in Southeast Alaska will not go quietly. Tagged with acoustic transmitters, they will signal their location as they begin their migration.

The study, led by Eiler, is a cooperative project between NOAA Fisheries and the U.S. Geological Survey. In April the team tagged 60 juvenile Chinook salmon with small acoustic transmitters.

The tagged fish were released in a fjord off Chatham Strait in mid-May to begin their ocean migration at the same time as other young Chinook salmon. An array of 23 stationary acoustic receivers, supplemented by mobile tracking from small boats, were used to follow their progress.

Acoustic telemetry studies help scientists collect information that is difficult to obtain using other methods. Fish tagged with acoustic transmitters can be located repeatedly without having to be recaptured, providing a detailed record of their movements. Traditional tagging tells only where a fish was released and where it was caught, with no information in between. Even telemetry studies using stationary receivers or boats have limitations. In a related study, Eiler's team and researchers from Rutgers University are investigating the possibilities of tracking marine animals including salmon using an autonomous underwater vehicle (AUV).

Research done this spring will help determine whether large-scale telemetry studies of juvenile salmon are feasible, but even this preliminary study is providing new and valuable information. The stationary receivers were recovered this week to retrieve the data, which held a few surprises. The fish moved rapidly into deep water, with most leaving the small "nursery" bay within 12 hours. The fastest fish left the area just 8 minutes after being released. And although the conventional wisdom is that juvenile salmon travel north through the inside waters of Southeast Alaska's Inland Passage, a number of the tagged fish were also recorded traveling south from the release site.

"No one really knows where the fish go from here," Eiler says, "but this study will give us some initial clues about this critical stage of their life history." 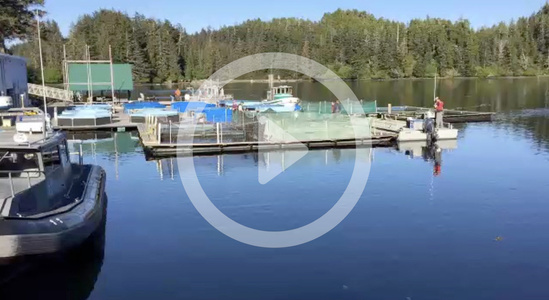