March is Women’s History Month. We asked five trailblazing Northeast Fisheries Science Center women scientists to share a little about what drew them to science, how they got here, and what advice they might have for the next generation of women scientists. They've been candid, honest and full of sage advice. Here's our final feature in the series for 2017.

Beth Phelan is based out of the Howard Marine Sciences Lab at Sandy Hook, NJ. She is a research fishery biologist and chief of the Ecosystem Assessment Division's Fishery Ecology Branch. Beth has been with NOAA Fisheries since 1984. Her research interests cast a wide net, but she currently works on how ocean acidification can affect fishery resources. 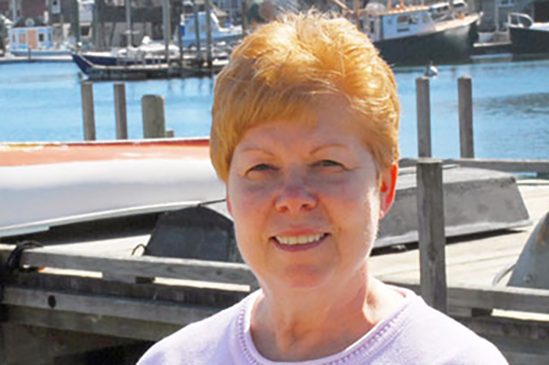 I grew up a city girl in Yonkers, New York, and while the city is on the banks of the Hudson River, the closest I got to nature was the cemetery down the street. Railroads and a lot of city separated my family’s apartment from the river. Despite this, it was a series of events that really sparked my interest in becoming a scientist. In high school, my biology class was assigned to read “Silent Spring” by Rachel Carson. I was a good student in all my subjects but this was something that affected me emotionally and it made me want to make a positive change in environment issues.

That spring, I attended my first Earth Day event and I realized there were a lot of other people that felt the same interest and eagerness to make a difference. I definitely knew I was going to pursue a career in some aspect of environmental science during my senior year of high school. Seniors were allowed to take four short courses in different specializations of science. I took environmental science and I can’t even remember the other three.

In college, my general biology professor was one of the people involved in the Hudson River Fishermen that banded together to fight General Electric over the PCB disaster in the Hudson River. I followed that story closely while it evolved. That professor worked with other students and myself to get a grant to study salt marsh restoration in the Hudson River. It was the first time I had ever stood on the shore of that magnificent river. It was so exciting to work with a group of like-minded environmentally conscience people working toward the same goal. We researched salt marsh restoration, took field trips to marshes and that summer conducted a field restoration, planting a site with marsh grass and monitoring its condition over time. I couldn’t believe I was actually being paid to do this work! It was interesting, fun and I was outside working in a beautiful place with friendly hard working people. I decided I was going to graduate school so I could become a professional environmental scientist and always work on interesting and meaningful scientific issues.

I was the first one in my family to graduate from college, never mind go to graduate school. I don’t even remember considering anything else and once I got a teaching assistantship at the University of Maryland, I never looked back. I looked into lots of different aspects of environmental science like zoology, oceanography, invertebrate biology, environmental law, and economics but it was marine ecology that captured my interests.

When did you know you were going to be a scientist?

I definitely knew I was going to pursue a career in science during my senior year of high school. The environmental movement and activism in this country was new and on the rise. It was a very exciting time. There were stories in the papers all the time about DDT and PCBs, popular music sang about it, the EPA was formed, laws were being enacted. I had enough science education to know this was a legitimate career and I had the interest and enthusiasm for it.

What accomplishment is your proudest so far? 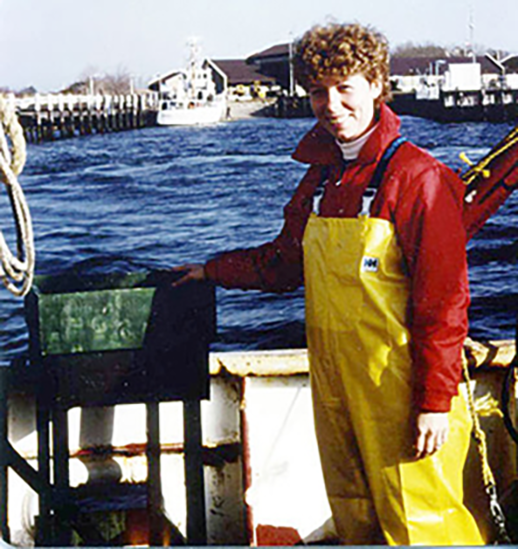 Beth Phelan on the small R/V Kyma in 1985. The ship was on loan to our center in the 1970s and 1980s, and it was berthed at the Sandy Hook Coast Guard Station (in the background). The R/V Kyma was converted from an Army T-boat to a research vessel and was owned by the New York Ocean Sciences Laboratory. Photo credit: NOAA Fisheries/NEFSC/Donna Johnson

Professionally, I would say getting my PhD which was supported through a government work study program called 20/20. A former Center director, John Boreman, suggested I apply. I was hired as a fishery biologist in the Behavior Investigation but my research experience had been in experimental ecology with invertebrates. Nine months after I was hired, the lab here at Sandy Hook burned down and I found myself conducting field work primarily with marine and estuarine fish, yet I had no formal fishery biology training.

I quickly realized that fish were the next specialization for my career and getting the PhD was critical. It was also one of the hardest things I have ever done, working full time and finishing a dissertation. I couldn’t have done it without the support of my co-workers at Sandy Hook and some at the Milford lab. It took me a long time to finish and I almost quit at one point, but I got the last push of inspiration from my supervisor Al Stoner and I finally defended and finished the PhD.

What advice would you give young aspiring female scientists about a career in science?

Be brave. Don’t be afraid (or at least don’t let anyone see you are afraid) to try all new opportunities and always keep your eyes open for those opportunities. Be flexible. Get out of your comfort zone and move around to new places to see what the possibilities are. Keep an open mind. Try to see all sides of a question and different perspectives. If you do these things, you will find your personal direction and that “something” that sparks your interest and then pursue that.