Volunteers and experts formed a rescue team to safely release the seal. 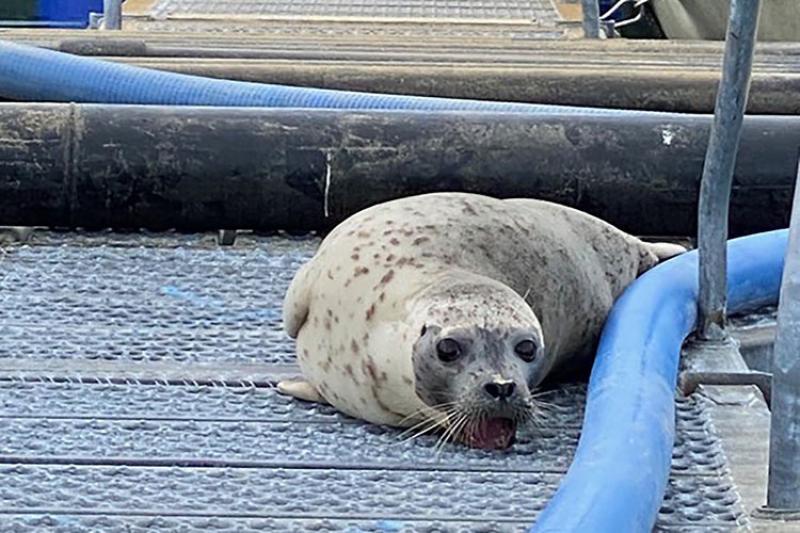 A series of fortunate events recently led to a happy ending for a harbor seal. It had gotten its canine teeth stuck in the steel grated walkway at the hatchery in Valdez.

NOAA Fisheries received a call the morning of May 7 about an entangled seal at the Solomon Gulch Hatchery on Dayville Road. Hatchery personnel discovered the seal upon arriving at work and immediately cleared the area to lessen the animal’s stress. They provided photos and details on the animal’s condition to the Alaska Marine Mammal Stranding Program.

“This is the first time we’ve had an animal stuck in this manner,” said NOAA Fisheries Alaska Region Stranding Coordinator Mandy Keogh, who coordinated the response effort. “Everyone really went above and beyond to respond to this harbor seal in distress.”

Keogh conferred with NOAA veterinarian Dr. Kate Savage and other marine mammal colleagues. They decided the best course of action was to sedate the harbor seal and remove it from the metal grating.

Dr. Carrie Goertz from the Alaska SeaLife Center provided advice on drug combinations and dosage for the 85-pound animal.

Hatchery personnel monitored the harbor seal until qualified professionals arrived on the scene. Two veterinary technicians in Valdez for work with International Wildlife Rescue volunteered to help sedate, examine, and release the seal.

Shortly after 7 p.m., the seal was successfully freed from the grate. An examination showed some fresh blood and swelling in the mouth and lower jaw, but no obvious fracture.

Alyeska Pipeline Service Company donated the use of a large dog kennel, where the seal rested until it recovered from sedation. Alyeska also assisted with logistics and transportation to shore, where the animal was released back into the wild just after 9 p.m.

“This marine mammal response was a win-win. In light of current travel restrictions, our agency could not send staff to Valdez for this rescue, but we worked with a diverse group of volunteers to free this animal,” said Keogh. “Ultimately, we were able to get this seal freed from the steel walkway, evaluated, and released.” 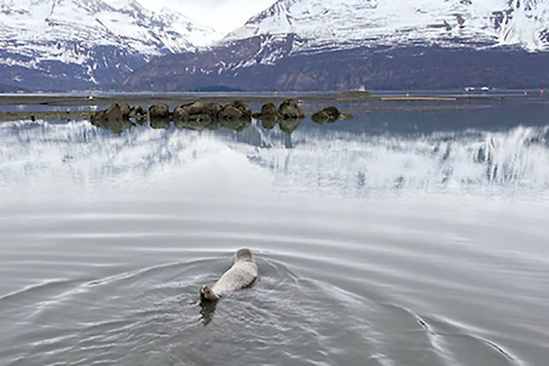 The rescued harbor seal is released into its natural habitat. Credit: Lauren Altieri

Last updated by Alaska Regional Office on May 18, 2020