Combating illegal, unreported, and unregulated&nbsp;fishing is a global responsibility, but many countries lack sufficient knowledge and skills to be an effective partner in the fight against it. In order to address this, the United States has agreed to p

Combating illegal, unreported, and unregulated fishing is a global responsibility, but many countries lack sufficient knowledge and skills to be an effective partner in the fight against it. In order to address this, the United States has agreed to provide capacity building workshops with numerous partnering countries.

Through collaboration with the Department of State’s Bureau of International Narcotics and Law Enforcement Affairs, a team of subject matter experts from NOAA’s Office of Law Enforcement conducted a two-week workshop in Manila, Philippines, last month.

“We appreciate the support from INL, without which we wouldn’t be able to regularly conduct these invaluable workshops,” said OLE Director Jim Landon. “Our work is important. We’re excited to assist our international partners with capacity building in order to combat IUU fishing and raise the global standard for fisheries enforcement capabilities.”

The seminar featured 15 training modules, which built-up to 2 days of practical application with scenario-based boardings of two different vessels. More than 30 trainees attended each day’s lessons—participants came from both the Bureau of Fisheries and Aquatic Resources and the Philippines Coast Guard. Brandon Hudspeth, the Director of INL at the U.S. Embassy in Manila, explained that it’s imperative to have personnel from both agencies represented at the seminar.

“This is the key component—sitting down with partners, seeing the types of skills sets, the types of training, the interagency cultures, and the different perspectives is what I wanted to get out of this workshop, it’s where I believe there’s value,” he said.

Once the students were ready for the practical application, they traveled to Cavite Naval Base to board and inspect the first vessel—a purse seine, which doubles as a BFAR research ship. The scenario for this exercise was based around several conservation management measurement violations. The task was for the students to properly board, identify themselves (showing credentials), run a safety check while mustering the crew, and then begin a thorough inspection of the vessel.

During the first scenario, an OLE trainer acted as the fisheries observer, while the other OLE trainers facilitated additional instruction and support for the students.

Moving through the first scenario, the students conducted a safety check and crew muster. An OLE trainer facilitated this process, ensuring that once the boarding team began the practical exercise they asked for a vessel guide from the captain and then checked all areas where there could be safety hazards.

From there the boarding team made their way to the bridge, where they joined the captain (who was the real-life vessel captain), members of the crew, and the role-play observer. Additional pauses in the inspection process were designed to help students remember items from the training modules, and to open dialogue about identified violations and next steps after the interview concluded.

Although this is a serious topic and all boardings are treated as potentially dangerous situations, the trainers and their Philippine counterparts found common ground quickly. That helped make the training run smoothly.

“Having instructors who are cool [means] there’s not too much pressure. It helped us enjoy the activities and learn better,” said Kimmy Carrie Necesario, a lieutenant junior grade in the Philippines Coast Guard, adding that the instructors assisted students during the practical exercise by asking questions that helped them learn proper boarding procedures, roles, and inspection standards.

“Having that relaxed (environment) made it more comfortable to learn,” she said.

The role-play observer spoke to the boarding team about fish aggregating device violations noted in four of the sets. He also implied that there could be errors with the permits, among other infractions. After gathering all the facts, those who questioned the role-play observer would tell the other members of the team about the possible violations. Then the simulated captain’s logbooks were checked, permits and other documents were photographed, and the captain was asked questions once more, all while noting the potential violations uncovered including expired permits, unauthorized fishing, and setting gear on marine mammals.

When the boarding team believed they had conducted a thorough inspection and were ready to leave, the OLE trainers debriefed the team. As if there were a check list, the trainers asked one question after another about the standard operating procedures of a thorough interview and inspection. Where areas were missed, the students were provided additional instruction and explanation about the process and its importance.

Six hours later, all groups had conducted the practical exercise and it was time to regroup for the next day.

Day two of the scenario-based training was conducted on a longliner.

Similar to the first exercise students were instructed to conduct a thorough boarding and inspection of the vessel. Upon walking up to the boat, students presented their credentials to the captain and asked permission to board. Before the team could begin the inspection an OLE trainer walked them around the vessel, pointing out typical problem areas to make sure the students became more familiar with a long-liner.

When the students entered the cabin they immediately began to put the first day’s lessons to good use. The team reviewed the permits and fishing logs, and then asked to see the plotter (also known as the vessel monitoring system unit). Once the students identified illegal fishing activities they questioned the captain.

“The scenarios during the practical exercises were realistic—we were able to see the different types of personalities we could find with the captain and crew,” said Vandrick Catoto, an ensign with the Philippines Coast Guard.

Then came, arguably, the most difficult part of the workshop—the warrant request, affidavit preparation, and case packaging. Each of the six boarding groups would present their findings from the two scenarios in complete presentations—with the proper forms, write-ups, and photos—to a local attorney.

“Having a local attorney available is a great way to finish out the workshop,” said OLE Lt. Joe Scarpa, who explained that in other IUU capacity building missions outside of the Philippines an attorney has not been present. “It helps solidify the lessons and rounds out the program, showing the students through all the stages of a fisheries inspection—from start to finish. I think it also helps to have the local expert provide feedback on case packages so that the students hear it from their attorney what is needed to properly, and successfully, prosecute a case.”

The final day of the workshop provided an opportunity for participants to ask additional questions, but this time many of their questions were directed at their classmates. The INL director pointed out that asking each other such questions as, “Where did you find that information?” and “How did you know to look there?” is invaluable, a message echoed by the OLE trainers.

“Sometimes we have to ask our colleagues about areas of expertise we’re not as familiar with,” said OLE Special Agent Dan D’Ambruoso. “There are always going to be situations that you won’t know the answer to, and that’s okay. But, if you know that you can call a friend or a co-worker who does know, that’s half the battle.”

During the feedback session, just before course completion certificates were handed out, the students expressed their gratitude.

“We have had a fruitful exchange; this will help us and promote our good camaraderie,” said Lt. Commander Rodel Hernandez of the Philippines Coast Guard. “We look forward to continuous cooperation between our agencies.

“Now we are encouraged to level up the competitive playing field within our agencies and strengthen our partnership in combating illegal activities to protect our marine (resources) and stand by our treaty commitment,” he said.

With a standing United States-Philippines agreement, INL Director Hudspeth vowed that the Philippines “has a partner in the United States. This partnership is one that is here to stay.”

OLE has committed to continuing these workshops and working with the Philippines on capacity building for fisheries enforcement every 6 months.

Story update: NOAA’s Pacific Islands Region hosted a peer exchange program the week after the workshop. During the event the Philippines Department of Agriculture's Bureau of Fisheries and Aquatic Resources and the Department of Environment and Natural Resources’ Biodiversity Management Bureau signed an inter-agency agreement that strives for future cooperation in strengthening fisheries management and enforcement efforts. The two organizations noted that their inspiration came from NOAA. Read more about the event: Philippines and U.S. Exchange Knowledge in Marine Resource Management.

Story and photos by Ally Rogers, communications officer for NOAA’s Office of Law Enforcement. To contact her, please call 301-427-8255 or email allyson.rogers@noaa.gov. 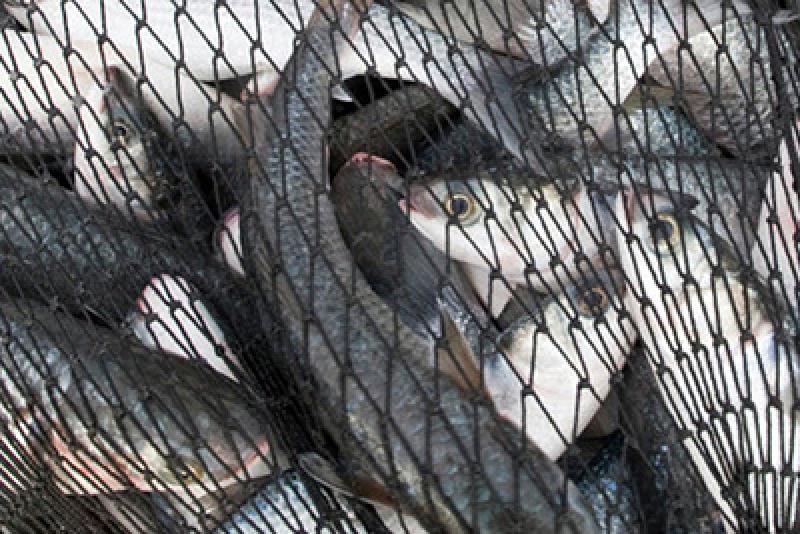 Last updated by Office of Law Enforcement on August 31, 2018