An analysis five years after the adoption of federal vessel regulations found that the regulations have reduced impacts on the whales.

An analysis five years after the adoption of federal vessel regulations to protect endangered Southern Resident killer whales found that the regulations have reduced impacts on the whales while the whale watching industry and local tourism economies continued to grow.

The analysis, in the form of a technical memorandum by NOAA Fisheries, also finds room for improvement in awareness of and compliance with the regulations. Commercial whale watch vessels follow the regulations much more dependably than recreational boaters, who lack awareness of the rules requiring them to stay at least 200 yards from the whales and 400 yards out of their apparent path. Less than half of the recreational boaters surveyed by the Soundwatch Boater Education Program since 2009 were aware of the regulations. This lack of awareness may, in part, explain why some recreational boaters still chase the whales, approach them head-on, and stop in their path. These boating behaviors negatively affect Southern Resident foraging and communication, and increase the risk of striking and injuring the remaining 76 members of the population. 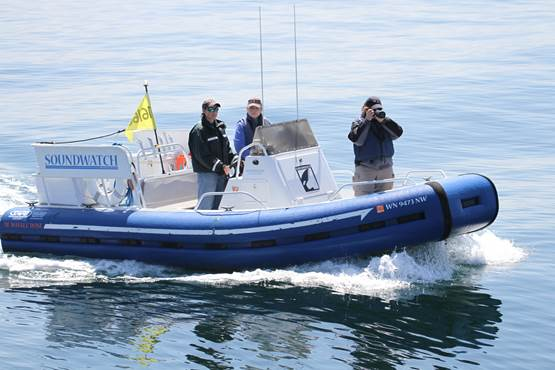 “We appreciate that most of the boaters around the whales care enough about them to follow the rules and operate in ways that help protect them,” said Lynne Barre, NOAA Fisheries’ recovery coordinator for the Southern Resident killer whales. “We still have more work to do to make sure the rest of the boaters out there know about and understand the regulations and take steps to reduce their impacts.”

Vessel traffic and noise has been identified as one of three main threats to the Southern Resident population, in addition to chemical pollutants and reduced availability of their preferred salmon prey. Studies have found that the whales forage less and travel more when vessels are nearby, and that ship noise can mask their communication calls and echolocation in search of food. Research has also shown that they expend more energy to overcome the vessel noise. 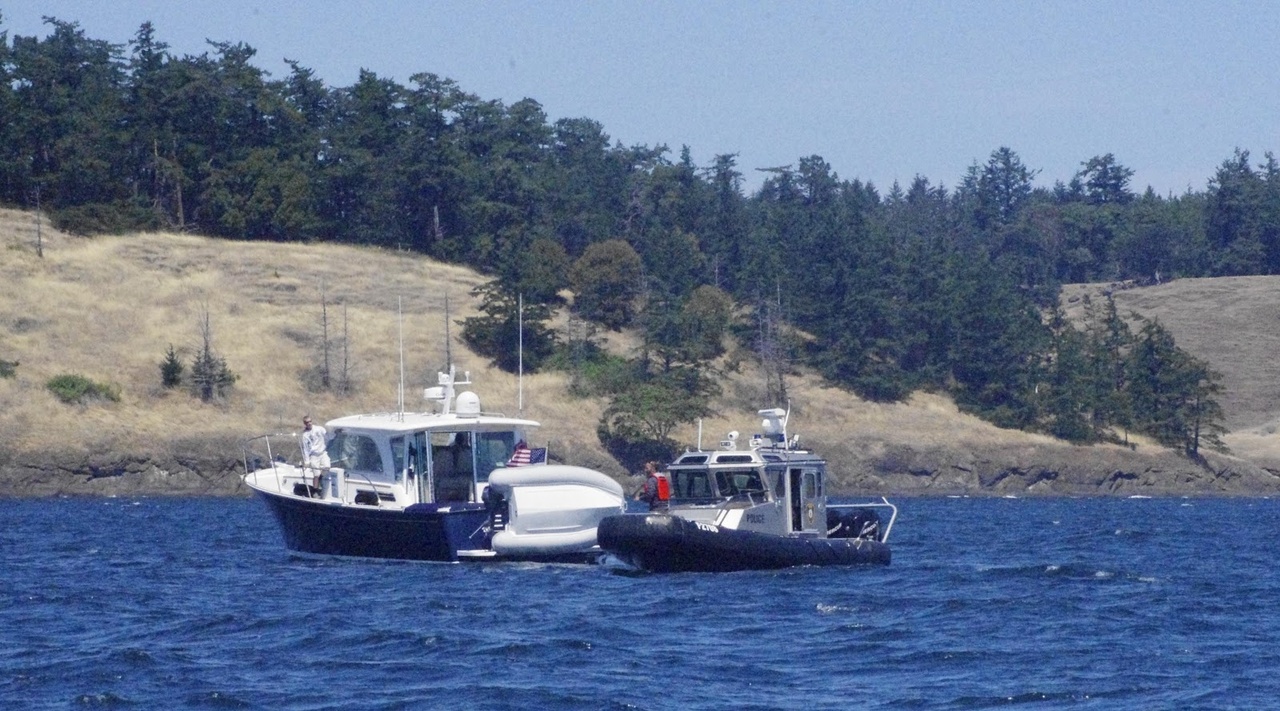 An economic study commissioned by NOAA Fisheries as part of the analysis found that the commercial whale watching fleet and its revenue have grown substantially since the regulations were adopted. The whale-watch industry contributes to the local economy and provides opportunities for thousands of passengers to learn about the whales and their conservation each year.

The fleet has increased from 76 active commercial vessels in 2010 to 96 active commercial vessels. The vessels belong to 35 companies from Washington and Canada, with 57 Canadian vessels and 39 based in the United States. Other companies rent kayaks as a way to watch the killer whales. Visitation at land-based whale watching sites, such as Lime Kiln Point State Park, has also increased.

In 2010, the year before the regulations took effect, consultant Industrial Economics Inc. estimated the whale watching industry contributed about $22 million annually and 196 jobs in the 12 Washington counties adjacent to the killer whales’ habitat area through direct and indirect expenditures. A new analysis by Industrial Economics based on 2015 figures shows the whale watching industry contributes up to $58 million annually to the local economy, supporting hundreds of jobs in the Puget Sound Region.

A similar study prepared for the Pacific Whale Watch Association in 2015, which also incorporated Canadian whale watch tours, found that the industry generated $25 million in revenue in 2014 and supported more than 400 jobs. The same study estimated that whale watching visitors spent roughly $35.5 million on goods and services in linked industries, for a total economic contribution to the region of about $60 million. Kayak tours have also experienced significant growth since 2011, although specific economic details were not available.

Annual lodging tax revenues, a barometer of the tourism industry, have increased by 40 percent on San Juan Island since 2011, compared to a decline of 10 percent during the recession years from 2007 to 2010.

The analysis also includes a series of recommendations for increasing boater awareness of and compliance with the regulations, and better understanding the biological impacts on the Southern Resident population.

“One benefit of this analysis is to outline how we can improve implementation to provide the greatest benefit for the whales and for us,” said Grace Ferrara, lead author of the technical memorandum. “It’s important that so many people who care so much about the whales get to see and appreciate them, but we must balance that with the needs of the Southern Residents. Reducing vessel impacts on the whales is a step in the right direction for ensuring their continued presence in Washington’s inland waters.”