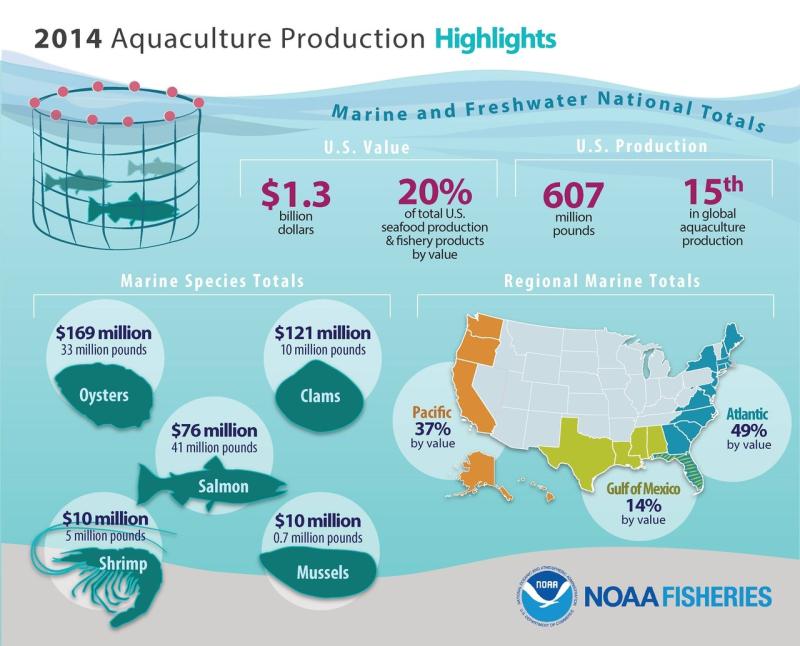 In 2014, U.S. aquatic farmers produced 607 million pounds of seafood valued at $1.3 billion, according to the most recent Fisheries of the United States report. Marine production has increased in both volume and value since 2009. The value of total U.S. aquaculture production now equals about 20 percent of the value of the U.S. commercial wild catch.

Statistics in the infographic can be found in the Fisheries of the United States, 2015 report, which NOAA Fisheries compiles as an annual snapshot documenting the importance of fishing and aquaculture to the nation.