Seabird Research in the Antarctic

We study the population health of Antarctic seabirds in relation to the availability of Antarctic krill, their main food source. Our data are used to inform ecosystem-based management in the Southern Ocean. 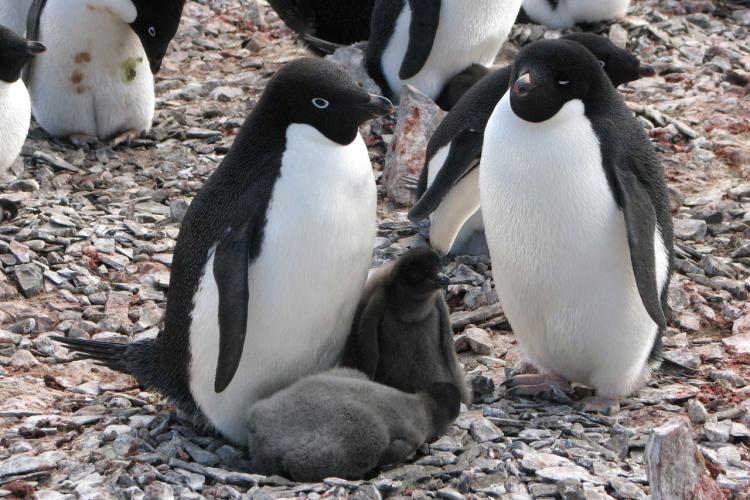 The Seabird Research Program studies three species of penguins (Adélie, chinstrap, and gentoo penguins) and several species of flying seabirds, including skuas and giant petrels, to provide ecosystem-based advice on fisheries management in the Southern Ocean.

Seabirds are reliable indicators of the health of marine ecosystems. Our main research focuses on the interactions of penguins with their primary prey, (Antarctic krill), the rapidly changing environmental conditions in the Antarctic Peninsula region, and the activity of the Antarctic krill fishery. This research is used to detect, monitor and predict changes in seabird populations, and to differentiate among changes caused by natural and anthropogenic effects. We share our data and research results with the Commission for the Conservation of Antarctic Marine Living Resources (CCAMLR) to inform ecosystem-based management of commercial fishing in the Southern Ocean.

Our seabird research is conducted at two Antarctic field camps in the South Shetland Islands: Cape Shirreff on Livingston Island and Copacabana on King George Island. Each year, up to five scientists live at Cape Shirreff from December through March, and two scientists live at Copacabana for three weeks in January. Researchers conduct annual censuses, monitor reproductive success, diet, and growth, and track individuals during foraging trips to assess population status. These data provide time series that allow us to monitor populations of several different species over time.

We use a number of traditional (pen and paper) and modern technologies to conduct our research. In particular, we fly Unmanned Aerial Systems (drones) to help census large aggregations of breeding animals with minimal disturbance. We use time-lapse cameras that operate autonomously for periods lasting over a year, providing a cost-effective, non-invasive method to collect data on the timing and success of seabird reproduction when we are not at the field camps. We also use the latest in GPS and video logging technology to track individuals during foraging trips to characterize direct predator-prey interactions.

Seabird studies at our field sites date back to the late 1970s, making our time series some of the longest available in the Antarctic Peninsula region for understanding trends and patterns of variation in the populations of these remarkable species. 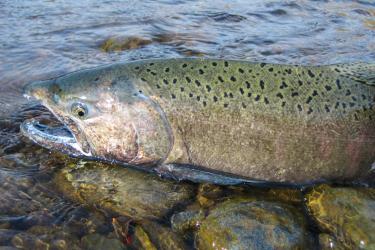