2018 a Strong, Successful Year for U.S. Fishermen and Seafood Sector 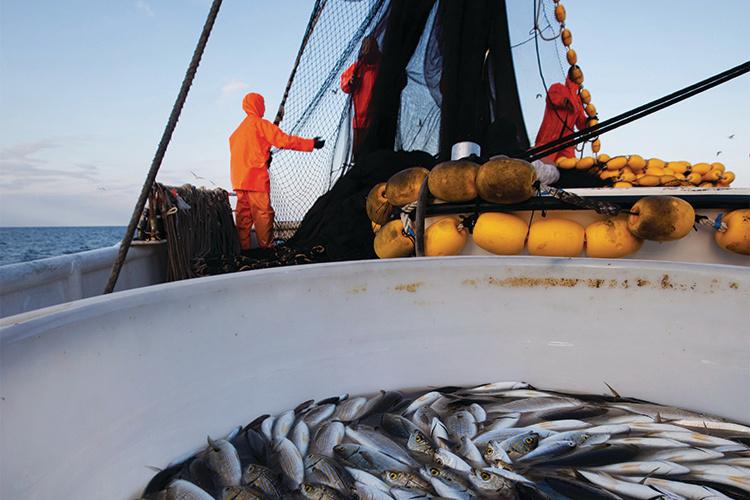 In 2018, U.S. fishermen landed 9.4 billion pounds of fish valued at $5.6 billion at ports around the nation—consistently high figures on par with recent years, which bring economic benefits up and down the seafood supply chain, according to an annual report released today by NOAA Fisheries. 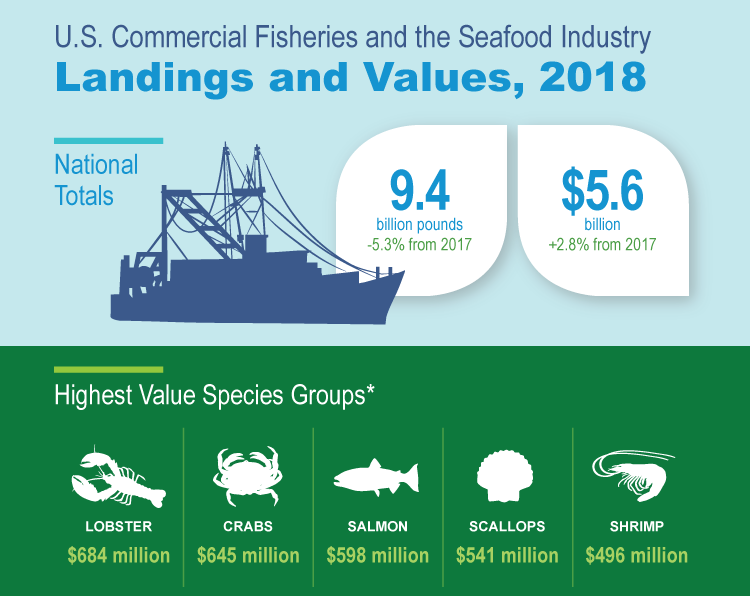 According to the Fisheries of the United States report, which is compiled by NOAA using data and analysis not immediately available at the same end of a fishing year, U.S. highest value species groups in 2018 included lobster ($684 million), crabs ($645 million), salmon ($598 million), scallops ($541 million), and shrimp ($496 million). Dutch Harbor in Alaska, and New Bedford in Massachusetts, continue to dominate the list of top ports driven by landings of pollock for Alaska (the nation’s largest commercial fishery) and top-valued sea scallops in Massachusetts.

"America's fishermen and seafood industries underpin our strong blue economy. Our fisheries are among the world's most sustainable and support thousands of jobs, provide billions of dollars in revenue, and provide protein-rich options to dinner tables," said U.S. Department of Commerce Secretary Wilbur Ross. "Consumers can be confident that U.S. seafood represents the global gold standard in sustainability." 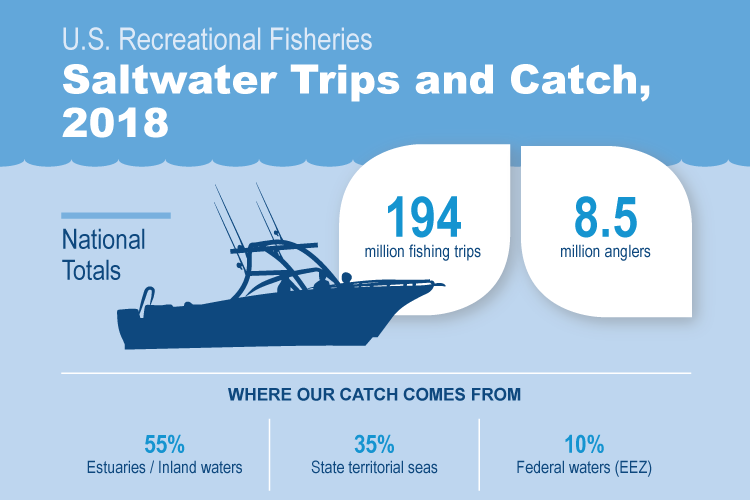 Although figures for U.S. marine and freshwater aquaculture production lag by a year, the report found that in 2017 these industries remained strong at $1.5 billion, with farmed oysters, clams, and salmon generating the highest values for marine aquaculture.

Seafood consumption was slightly higher in 2018 at 16.1 pounds (up 0.1 pounds from 2017), the result of consumption increases in fresh and frozen seafood products. The USDA’s Dietary Guidelines for Americans recommend that people eat two 4-ounce servings of seafood each week, totaling 26 pounds per year per individual.

View more statistics from the report, including detailed information about specific fish stocks and industry sectors.

Audio from the February 21, 2020, NOAA press conference can be downloaded here