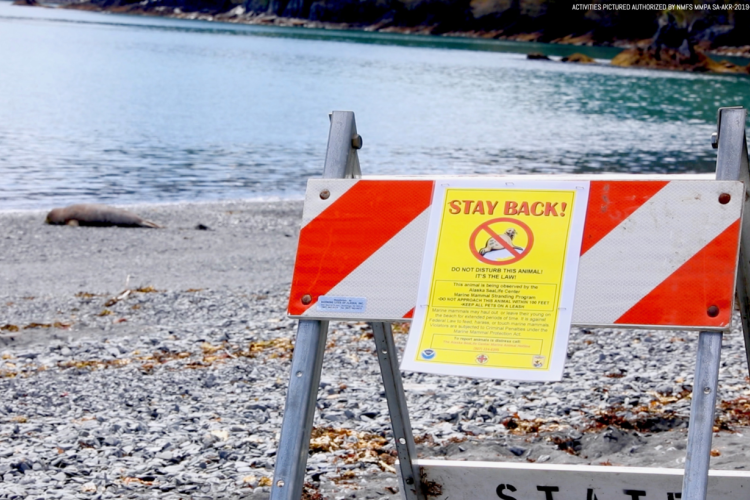 ASLC’s Wildlife Response Team did not actively monitor the first elephant seal stranding because this seal was sufficiently secluded from heavy use areas. After resting several days, the seal swam off on its own. The second elephant seal hauled out in a high traffic area near the Seward Harbor. ASLC staff relocated the seal via boat to a quiet location within Resurrection Bay. A week later, on May 14, this animal was again beached south of town at Lowell Point.

Traffic signs were placed around the seal notifying the public to keep a respectful distance. Within two days, the seal swam off.

Seals haul out on Alaska beaches when it is time to molt (shed their hair). Molting is a very energetically demanding process for pinnipeds, especially for elephant seals. Elephant seals experience a catastrophic molt where they lose all their fur at once.

ASLC Wildlife Response Curator, Jane Belovarac notes, “When elephant seals are in their molt, they can look sickly. They don’t just lose their hair, but they also shed the underlying segments of skin as well.” ASLC professionals are confident that while these animals appear lethargic and injured, it is due to their molt. Both elephant seals that were reported in Seward had robust and healthy body conditions, and did not require veterinary treatment. 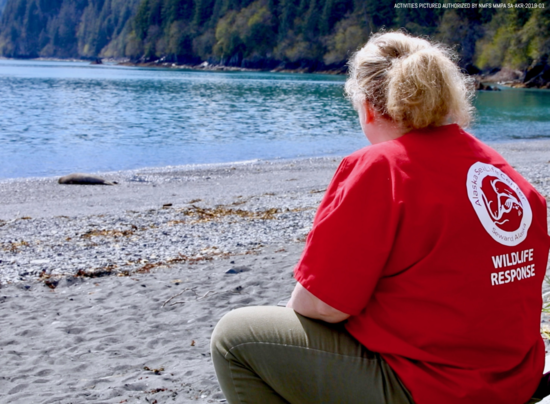 “While it is unusual to see northern elephant seals on the beaches of Alaska, it is not outside their range of behavior,” said Wildlife Research Biologist Sharon Melin, with NOAA Fisheries’ Alaska Fisheries Science Center. “During their solitary migration, individuals haul out in small numbers all along west coast beaches. After the long migration from California to feeding areas near Alaska, the juvenile seals may have needed to haul out to rest before continuing their migration or foraging activities.”

The northern elephant seal is the largest of the “true” seal in the Northern Hemisphere. Adult males use their large inflatable noses during the winter breeding season to resonate sound when vocally threatening each other. The largest colonies of northern elephant seals are found off southern California in the Channel Islands. They have one of the longest migrations of any mammal; some have been recorded traveling over 13,000 miles roundtrip.

High-resolution photos and video available from media@alaskasealife.org or 907-224-6334